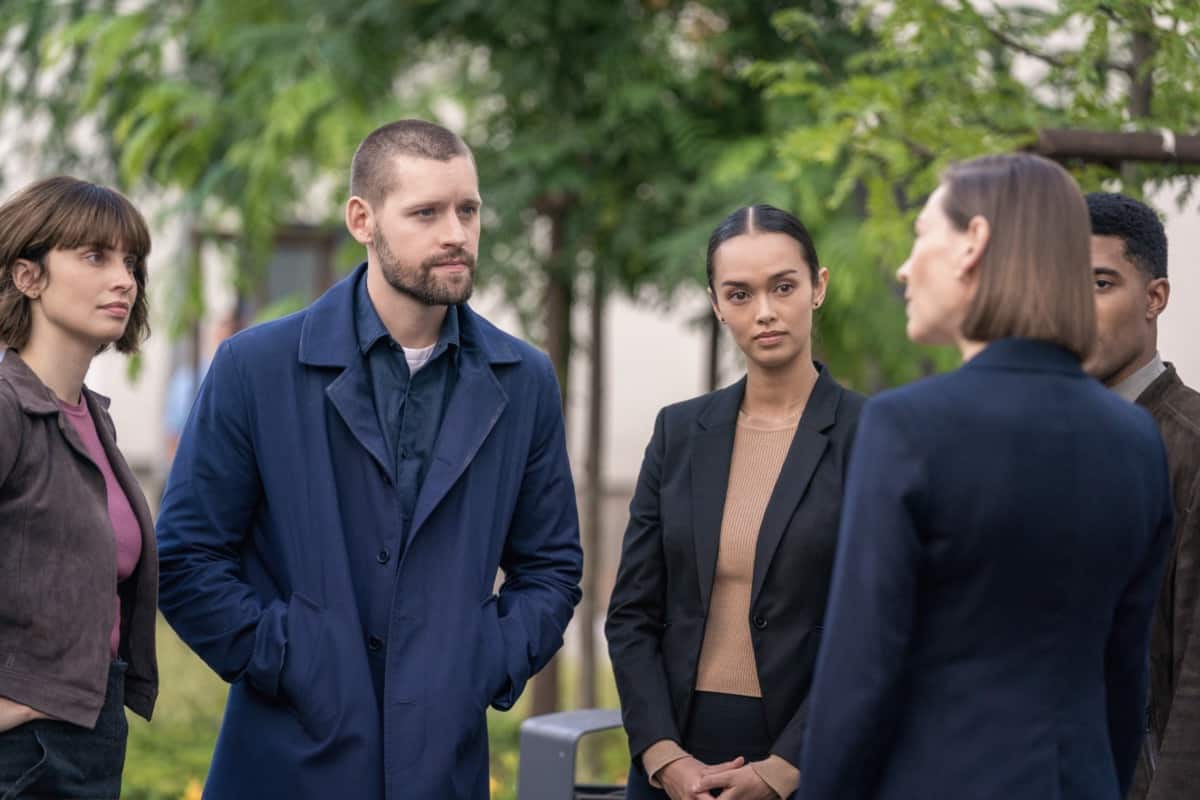 FBI INTERNATIONAL Season 1 Episode 1 Photos Pilot – Special Agent Scott Forrester and his Budapest-based FBI fly team head to Croatia, after Isobel Castille (Alana De La Garza, FBI) enlists their help to capture an American fugitive who escaped to Zagreb with a 14-year-old girl. OA (Zeeko Zaki, FBI) continues with the mission overseas, intent on bringing the fugitive to justice, while Europol agent Katrin Jaeger attempts to help the team secure the necessary support and access from the less-than-cooperative local authorities, in the conclusion of a special three-part crossover event, and the series premiere of FBI: INTERNATIONAL, at a special time, Tuesday, Sept. 21 (10:00-11:00 PM, ET/PT) on the CBS Television Network, and available to stream live and on demand on Paramount+.