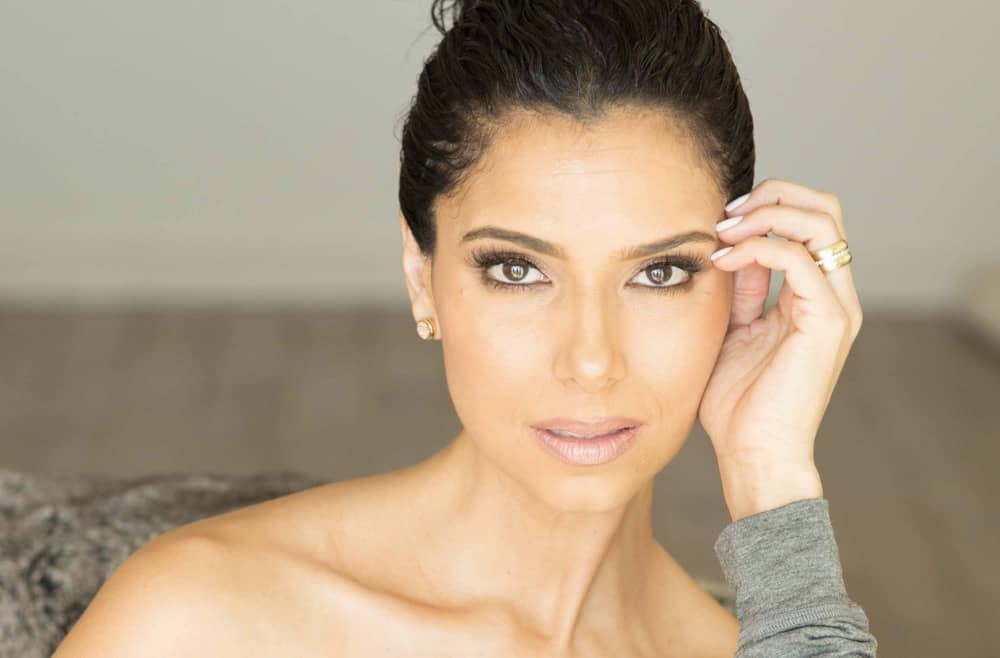 Actress, singer and songwriter Roselyn Sanchez (“Devious Maids,” “Grand Hotel”) arrives on FANTASY ISLAND, where she stars as ELENA ROARKE, a descendant of the iconic Mr. Roarke. Elena set aside her own ambitions, and even the love of her life, to uphold her family’s legacy. Sophisticated, insightful and always charming, Elena’s calm exterior masks the challenges of the responsibilities she has assumed as steward of this mysterious island.

The all-new version of the classic show from Sony Pictures Television, Gemstone Studios and FOX Entertainment will premiere Tuesday, Aug. 10 (9:00-10:00 PM ET/PT) on FOX. Production is currently underway on location in Puerto Rico.

Sanchez joins the already announced Kiara Barnes (“The Bold and the Beautiful”) as RUBY OKORO, a young woman with an old soul who arrives on Fantasy Island with a terminal illness and is given a new lease on life there; and John Gabriel Rodriquez (“Miranda’s Rights,” “Rosewood”) as pilot JAVIER, who also is the head of island transportation and a jack of all trades.

A modern drama series, FANTASY ISLAND takes place at a luxury resort, where literally any fantasy requested by guests is fulfilled, although they rarely turn out as expected. Delving into the “what if” questions — both big and small — that keep us awake at night, each episode will tell emotional, provocative stories about people who arrive with dreams and desires and depart enlightened and transformed through the magical realism of Fantasy Island.

Executive-produced by Liz Craft and Sarah Fain (“The 100,” “The Shield,” “Lie to Me”), FANTASY ISLAND will be co-produced by Sony Pictures Television, Gemstone Studios and FOX Entertainment. “Like” the series on Facebook. Follow the series on IG @FantasyOnFOX and join the conversation using #FantasyOnFOX.

On Saturday, May 1, all seasons of the original 1977 “Fantasy Island” series and the 1998 remake will begin streaming on FOX Entertainment’s free-streaming platform, Tubi.

Roselyn Sanchez was featured in the blockbuster hit “Rush Hour 2,” for which she received an ALMA Award nomination for Best Supporting Actress for her performance. Sanchez’s other films include the romantic comedy “Boat Trip,” “Basic” and “Chasing Papi.” She also starred in the independent film “Nightstalker”; “Underclassman,” starring opposite Nick Cannon; “Edison”; and “The Game Plan.” In “Yellow,” a passion project that she wrote and produced, Sanchez played the lead, opposite Bill Duke. She also had a major role as “Elena Delgado” on the hit television series “Without a Trace,” from 2005 till 2009.

This led to her first ALMA award win in 2008. In 2012, she was featured in the action thriller “Act of Valor,” and in 2014 she starred in the extremely successful Fox International Colombian series “Familia En Venta.” Following that, Sanchez starred in Marc Cherry’s hit series “Devious Maids,” produced by Eva Longoria. She played the lead in “Death of a Vegas Showgirl,” a cable television movie released in 2016 that she produced, and she also starred in the indie thriller “Traffik.” In 2003, Sanchez released her debut album, entitled “Borinqueńa.” She was nominated for a Latin Grammy for Best Music Video for the single “Amor Amor,” which she also performed at the 2004 Latin Grammy ceremony. Following FANTASY ISLAND, Sanchez will make her feature length directorial debut on “Diario, Mujer y Café,” which shoots in her homeland of Puerto Rico.