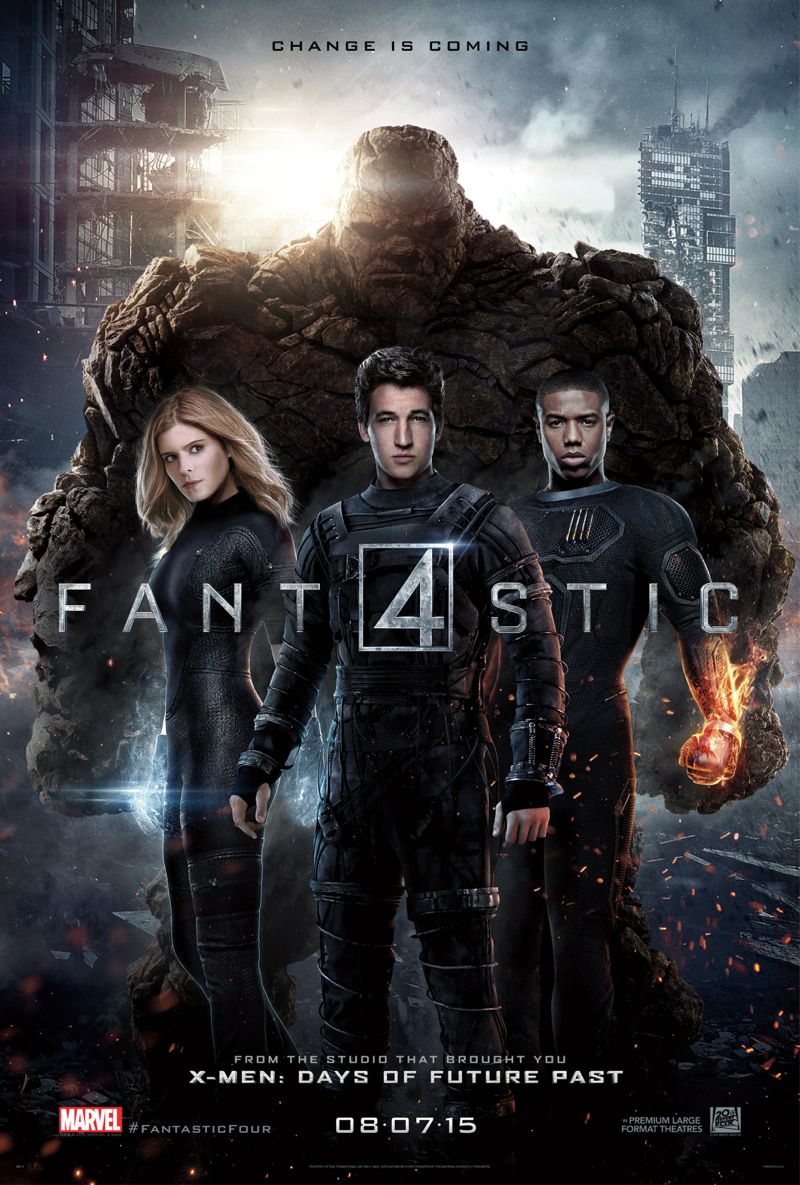 The new Fantastic Four will hit theaters at the end of the month, and while its release has thus far been somewhat overshadowed by the surprisingly popular Ant-Man, it’s soon to be the most talked about movie around.

Just the other day the latest in a series of fascinating trailers was released. Even though SlashFilm criticized the insistently “dark and gritty” quality of the trailer, a lot of fans are sure to like what they see. Yes, the grit factor is perhaps overplayed, but given the overtly cheesy quality of the previous Fantastic Four film series, a little ruggedness can be appreciated.

The latest trailer aside, Fantastic Four has had something of a strange build-up, working off of a blend of expectations based on comic background, the previous films, and the new cast and crew. So with under two weeks to go until the release, what should you expect? Here are a few things to keep in mind.

Considering that a Fantastic Four film came out a decade ago and had a sequel, it’s remarkable how much this particular team of superheroes has disappeared in pop culture. The movies are pretty much forgotten compared to other superhero projects, and the characters even have a limited presence elsewhere. Namely, we’re talking gaming, which tends to be a realm where characters can live on no matter their source material. Sure, there is a Fantastic Four-themed slot machine game among Betfair’s line of superhero offerings, and some of the team’s characters are playable in massive superhero game Marvel Heroes. For those unaware, the casino game employs fun little reminders of the heroes’ antics in the previous film and mini-games that liven up the slot experience while Marvel Heroes lets you take the characters into action. That all being said, there’s no standalone Fantastic Four title‚ film or gaming‚ that really defines the characters. For that reason, this new movie, and its entirely new cast and crew, is operating with a blank slate, capitalizing on the heroes’ weak position in pop culture to invent them anew.

The Cast Is Young

The new cast of Fantastic Four is getting a lot of attention, primarily because it’s comprised of several young actors and actresses who look like budding stars. While all have had fairly terrific careers at an early age, keep in mind that youth can be unpredictable on screen. CinemaBlend did a nice write-up of some of the noteworthy work already done by the new main characters, back when the cast was first revealed. However, rather than expecting greatness, it might be best for fans to restrain themselves. It’s a bold approach to trust a team this young with a big money reboot, and we won’t know for some time yet whether or not the gamble pays off.

A lot of the time, when a new superhero project is coming out, there’s an understood air of excitement or optimism that prevails. There will always be some skeptics‚ for example, people who think the idea of Ant-Man is silly, or that The Avengers films are getting a bit over-stuffed. In the end, though, most people are excited to see what the major comic studios come up with. That hasn’t really been the case for Fantastic Four, and the doubt that is so prevalent in the general public has actually been a motivating factor for the crew. The LA Times covered this idea in a discussion with director Josh Trank, who admitted that sometimes he feels he needs adversity to get motivated to prove people wrong. Well, the aforementioned darker take on the Fantastic Four seems to have rubbed fans the wrong way, and a number of details about the trailers and imagery of the new project haven’t gone over well with comic fans. We’ll just have to see if Trank and Co. can convert the doubters.