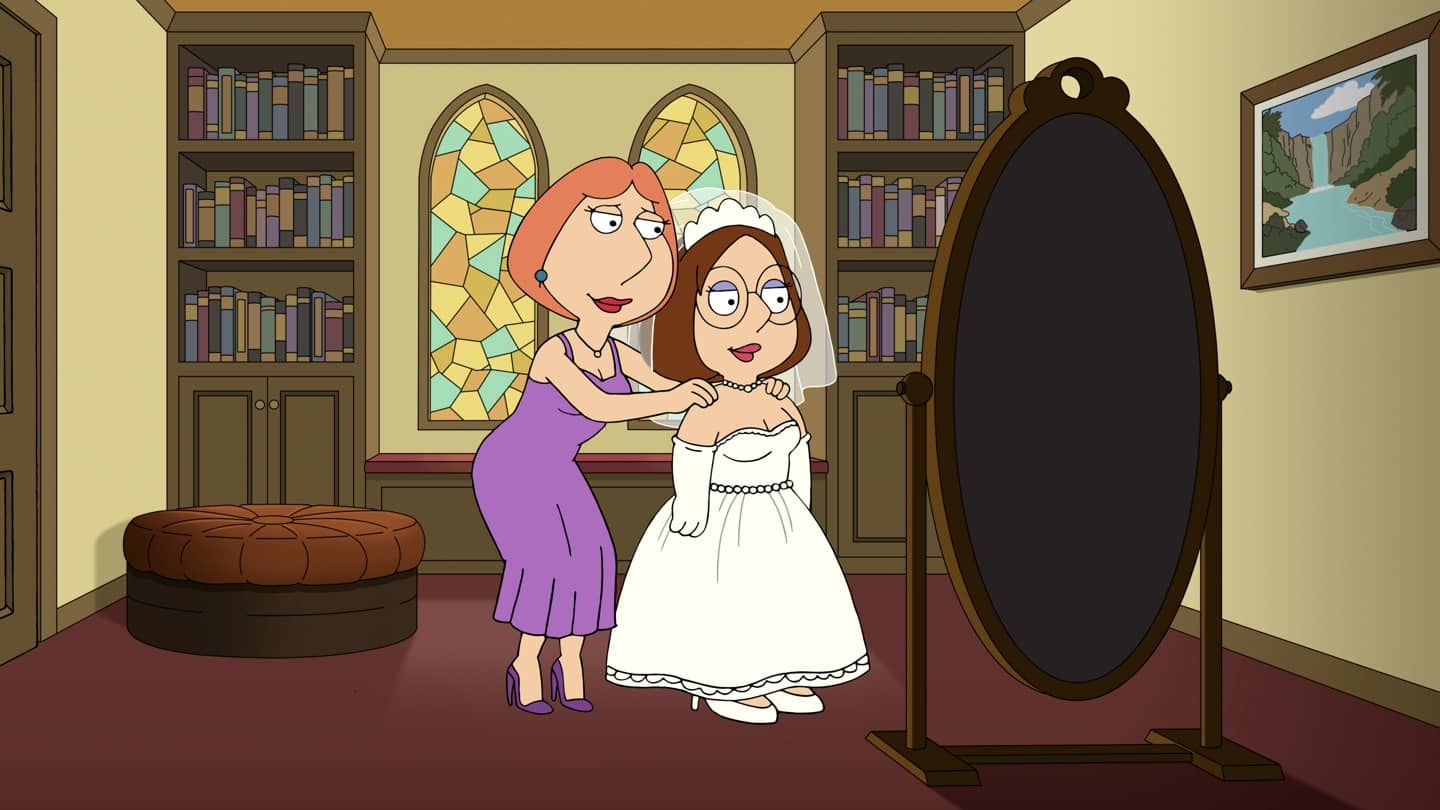 FAMILY GUY Season 19 Episode 6 Photos Meg’s Wedding – Meg plans her wedding to an unexpected Quahog resident. Meanwhile, Peter finds a new vest and on one of many adventures fitting for his new attire, his arms are torn off and he is left with tiny hands that have yet to grow back in the all-new “Meg’s Wedding” episode of FAMILY GUY airing Sunday, Nov. 15 (9:30-10:00 PM ET/PT) on FOX. (FG-1805) (TV-14 D, L, S, V)