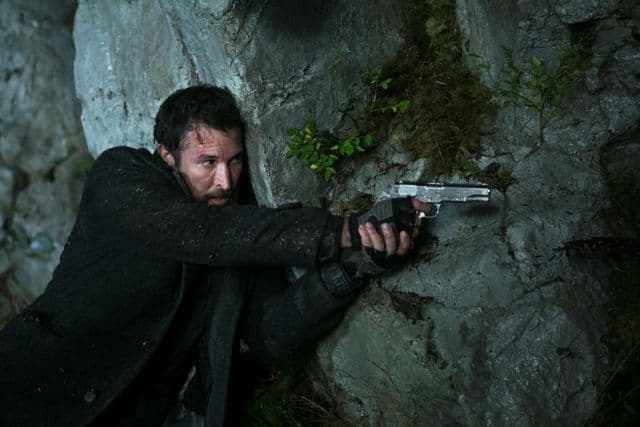 TNT’s epic drama Falling Skies, one of basic cable’s top-rated dramas, is bringing the 2nd Mass and its alien resistance fighters back to San Diego Comic-Con for a panel Q&A, autograph session and exclusive look at what’s ahead for the remainder of its third season. The Falling Skies panel will feature series stars Noah Wyle, Moon Bloodgood, Will Patton, Drew Roy, Connor Jessup, Colin Cunningham and Sarah Carter, along with executive producers Remi Aubuchon and Greg Beeman. Sci-fi fan favorite and series guest star Doug Jones will round out the panel. Wil Wheaton will serve as the moderator for the panel session on Friday, July 19th at the San Diego Convention Center. An autograph signing will follow at the Dark Horse booth.

Airing on TNT Sundays at 9 p.m. (ET/PT), Falling Skies chronicles the extraordinary story about life and survival in the wake of a catastrophic alien invasion. Seven months have passed since the survivors of the 2nd Mass reached Charleston, which has been named capital of the New United States. Now elected to public office, Tom (Wyle) has taken a more aggressive approach to the alien occupation than former leader Dr. Manchester. The government has formed a tenuous alliance with a band of rebel skitters who now paint their faces with a red and yellow stripe before battle in honor of Red Eye, their fallen leader. Tom’s son Ben (Jessup) serves as the mediator between Mason and the rebel skitters. But the alliance may not be enough to overpower the enemy Espheni, whose forces are now being led by an even more sinister overlord. To complicate matters further, another race of aliens has just entered the battlefield.