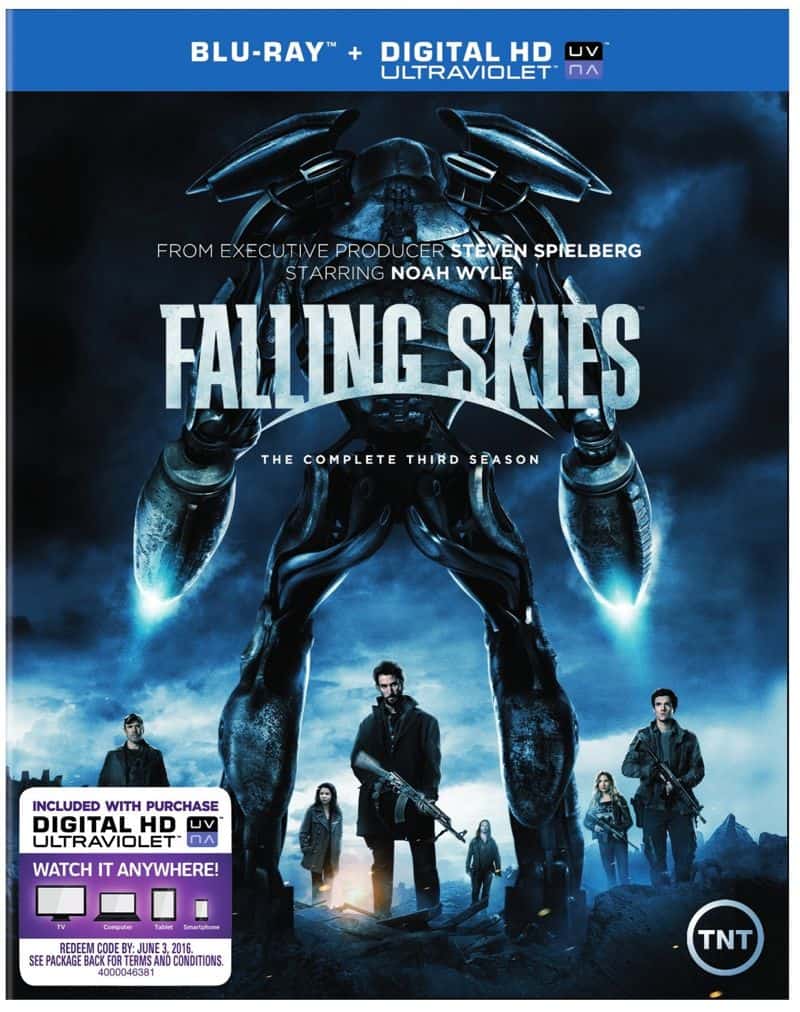 Seat42f and TNT have teamed up to give FIVE lucky winners a copy of FALLING SKIES Season 3 on Blu-ray. For a chance to win leave a comment below telling us why you want to add FALLING SKIES Season 3 to your Blu-ray collection. Only one entry per person. Contest ends July 27th. Winners will be notified on July 28th via email so make sure to use a valid email address when you post your comment.

TNT’s epic drama Falling Skies – from Amblin Television and executive producer Steven Spielberg – tells the extraordinary story about life and survival in the wake of a catastrophic alien invasion. Noah Wyle stars as Tom Mason, a college professor who became an unlikely resistance leader. Moon Bloodgood is Dr. Ann Glass, a pediatrician who became the survivors’ primary physician and eventually fell in love with Tom. Will Patton is Colonel Weaver, the gruff and emotionally scarred commander leading the battle against the invaders.  Also starring in Falling Skies are Drew Roy, Connor Jessup, Maxim Knight, Colin Cunningham, Seychelle Gabriel, Mpho Koaho, Sarah Carter, Doug Jones and Scarlett Byrne. Since premiering as basic cable’s #1 new series of 2011, Falling Skies has ranked as one of the Top 20 original series on basic cable with total viewers and key adult demos. In addition to Spielberg, Falling Skies is executive-produced by Amblin Television heads Justin Falvey and Darryl Frank, along with David Eick and Greg Beeman.

FALLING SKIES | ALL NEW EPISODES SUNDAYS AT 10/9c ON TNT