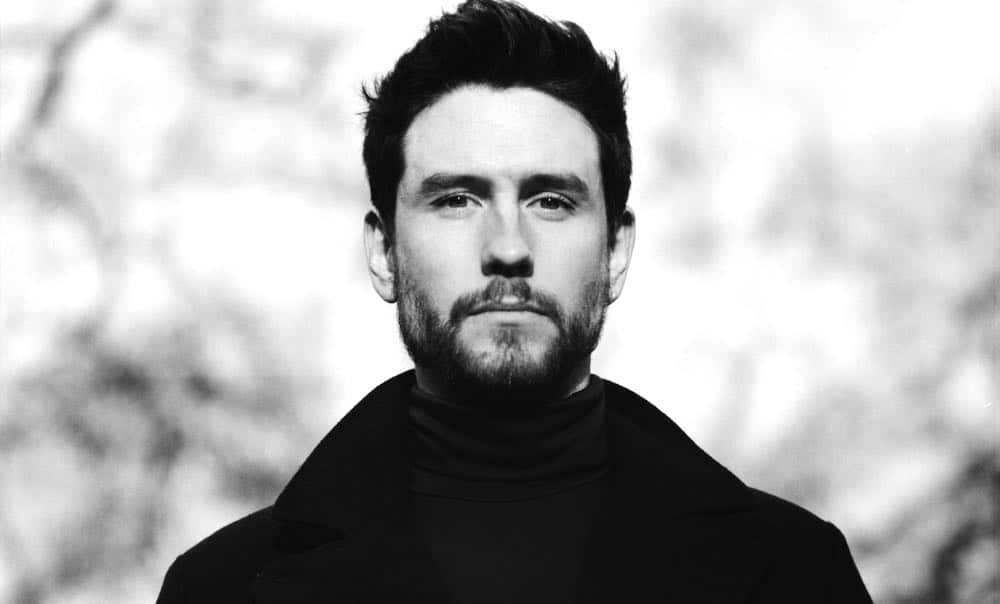 In the fictional world of “Everlasting” in the Lifetime drama series UNREAL, everyone’s lives are open for inspection and outing secrets is the currency of the show within a show. Throwing his hat and hopes into the ring to wing the elusive hand of this season’s suitress Serena (Caitlin FitzGerald) is Jasper, superbly portrayed by Bart Edwards. Once Jasper’s secret bet to seduce Serena to win $400,000 is exposed, the cards seem stacked against him. But with the odds turning in his favor as Quinn (Constance Zimmer) and Rachel (Shiri Appleby) spin their web of manipulation to keep “Everlasting” in the spotlight, Jasper is surprisingly still in the mix to win Serena’s affections. In an exclusive interview, Bart candidly reflects on his character’s less than honest intentions and shares a few cool insights that he has learned working his way through the equally murky labyrinth of Hollywood as a working actor.

What was the initial appeal for you about working on Lifetime’s UNREAL?
BART: I was a fan of the show before I started so when the opportunity came up to be part of ‘UNREAL Universe’ it was a no-brainer.

How would you describe who Jasper is?
BART: On the surface, Jasper is confident and incredibly cocksure. He enters the mansion with complete confidence that he’s going to bag the girl. However, there’s a flip-side to this coin, after the $400,000 bet to be the first to bag the girl is discovered, he is forced to re-evaluate his morals.

What do you most admire about him?
BART: He’s a complicated lad at best of the times, but I guess I can admire his confidence, his “out to disregard” for not caring about what other people think.

How would you describe the relationship between Jasper and Serena?
BART: There is an interesting power dynamic at play between Jasper and Serena. In normal life, they would be on a level playing field. But in the mansion, Jasper’s placed in an environment where the control is taken away and given to Serena, it really rattles him. There’s an undeniable connection for sure.

What was it like working with Caitlin FitzGerald on this project?
BART: Caitlin was a joy to work with. A wonderful actor and an incredibly kind person. She’s also a mean Baccy-G (backgammon) and poker player. I’ve lost a fair few squid to Miss FitzGerald, I’ll tell you that for free.

What was it like working alongside the rest of the talented ensemble on UNREAL?
BART: I love the cast and crew. We went on some great nights out. Plenty of karaoke and dance battles. I’m sure they won’t mind me sharing this but Alex Hernandez can body-pop like a majestic beast and Adam Demos sings soaring renditions of Lloyd-Webber’s “Phantom of The Opera” and “Jellicle Cats.”

While it was only a fictional experience, what do you think is key to know for someone who undertakes the responsibility of appearing on a reality TV show?
BART: I guess be prepared to put your dignity and integrity on the line. I think it can be a scary place.

Do any of your characters and the situations they find themselves in ever leave a lasting impression on you?
BART: Ha, yeah sometimes. Hopefully some more than others. It’s an occupational hazard/blessing, I guess. Comparing one’s own life with the characters with characters that you’re playing.

What advice would you offer to other upcoming and aspiring actors?
BART: For anyone who is looking to get into it, I’d say to surround yourself with art as much as you can. Read books, listen to music. Inspire yourself as much as possible. Try and remember there are so many different paths you can take. It’s no one’s journey but yours. If you feel like you’ve hit a dead end take a step back and try approaching it in a different way. Explore the work in an open and honest way and stay true to the story you’re trying to tell. And most importantly never stop listening. It’s a fascinating and hugely rewarding job and we’re very lucky to be able to do it for a living.

At a time when women’s voices are rising to be heard and respected around the country and world, what do you recommend your fans do to lend support in that endeavor?
BART: Well, I think the first thing we can all do is take a look at ourselves. Check how you’re conducting yourself in a respectable and honest way. It sounds so simple, but as we are discovering day by day as each woman stands and tells her story, this hasn’t been the case for far too long. Too many people have been complicit in unacceptable behavior. To support people can visit either of these websites below and donate. But also be vocal! Start conversations challenge others if you don’t agree. So we can all stand together, woman and men, to end harassment and abuse.
https://www.timesupnow.com/
http://equalrepresentationforactresses.co.uk/

Do you have any other upcoming projects that you can share that fans should keep an eye out for?
BART: I’ve been in wonderful Norway for the last 8 months shooting a show called “State Of Happiness” or “Lykkeland” (depending on which country you watch it in). All set around the oil boom in the late 60’s. Very excited for that start later in the year. It’s going to Cannes so I’m sure airing dates will be released soon.

To see if Jasper can overcome the natural distrust Serena feels for him after learning about the chauvinistic bet he made, be sure to tune in for all new episodes of UNREAL on Monday nights at 10:00 p.m. on Lifetime. For more about the show, you can follow @UnRealLifetime on Twitter. Then to follow Bart’s career and what else he is up to, you can follow him on Twitter @Bart_Edwards and on Instagram @BartEdwards.

Bart Edwards interview with The zoo at LATV Network re UNREAL Season 3: