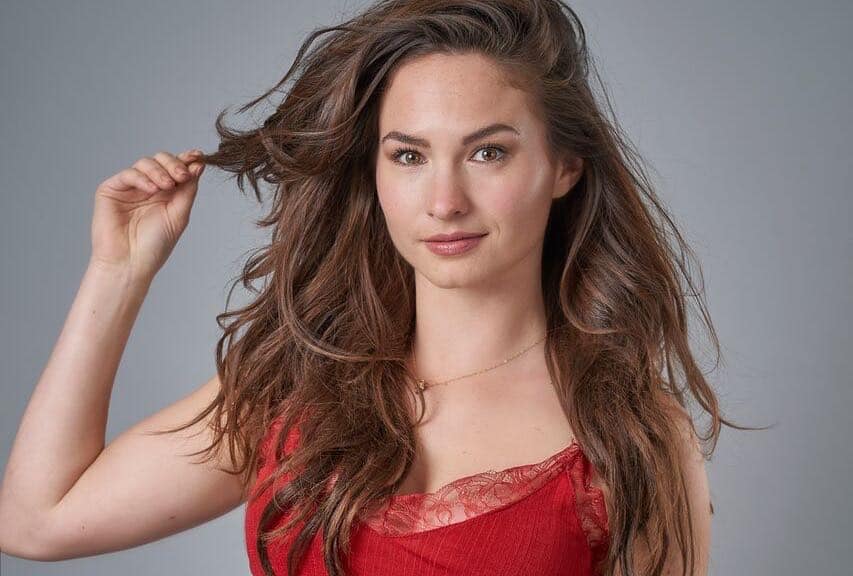 In one of the more notorious tales of modern history, the kidnapping of John Paul Getty III stands out as he lived fast and loud, and yet became the victim of a sordid tale of greed. Caught up in events that spiraled out of control, Sarah Bellini portrays Jutta Winkelmann, a woman seeking a piece of the Getty fame and fortune. In an exclusive interview, Sarah talks about how Jutta fits into the Getty world and reflects on a few lessons she has learned as an actor in Hollywood.

What was the initial appeal for you about portraying Jutta and working on FX’s TRUST?
SARAH: It’s been a dream working with Danny Boyle and FX. Trust is a captivating story based on true events which made it very appealing as well. What attracted me most about Jutta was that she was a real person. A strong, inspiring woman who together with her twin sister chased after her dreams. She was a wild, fun and adventurous character to play.

How would you describe who Jutta is?
SARAH: Jutta Winkelmann is the twin sister of Martine, John Paul Getty III’s future wife. She lived together with Martine and Paul in Rome. She believed in the idea of an exciting life full of free love, peace and freedom. Jutta took advantage of the Getty name and of Paul’s importance to live a certain lifestyle. She partied with celebrities of that time and she was the one pushing Martine and Paul to finally extract money from his Grandfather. She is very influential to the course of the storyline.

What do you most admire about her?
SARAH: I admire her infinite love for her sister and the need to protect her. She sees the world with different eyes and was brave enough to live under her own terms no matter what society thought of her.

How would you describe the relationship between Jutta and John Paul Getty III?
SARAH: Jutta and Little Paul had a bond from the very beginning. They believed in the same things. Still, she’s jealous and possessive when it comes to her sister. She’s using him for his name and importance to get closer to her dreams. All that really matters to her in the end is her sister.

What was it like working alongside the talented ensemble on TRUST?
SARAH: Working with so many tremendously talented and kind hearted people on TRUST has been a true privilege and a dream come true. I learned so much from working with them. It’s been an experience I never want to miss.

What was it like working alongside your sister Laura on this project?
SARAH: Working together with Laura on TRUST was amazing. We got to experience this precious time together and live together in Rome for those months. We both motivate and feed off each other immensely. We always had a working partner and honest consultant by our side which was super practical.

What has surprised you about working on TRUST?
SARAH: The most surprising thing for me was learning the true past of the Getty family. There were so many dark and intriguing parts to their story.

What are you most proud of about working on TRUST?
SARAH: I think I am most proud of all the hard work every single person has put into this project and I really can’t wait to see the show!

Then as an actor, what has been the one thing you haven taken away from the experience of working on TRUST?
SARAH: That every actor works differently. No matter how successful you’ve already been in your career some days are harder and some days are easier to get into the emotional state of a scene.

What has surprised you most about your career so far?
SARAH: My ability to push myself through hard situations. I continue to surprise myself each step of the way, even when the going gets tough.

At this stage of your career, what do you think you have learned from the roles and projects you have worked on?
SARAH: I have gained a broader perspective on the world. I’ve been more empathetic to people’s situations and story’s. Everyone’s different with their own story to tell.

What is your proudest achievement from your career so far?
SARAH: I guess just not having given up. It hasn’t been easy moving so far away from home away from family and friends. There’s so much rejection in this job every day. I am proud of staying truthful to myself and chasing after my dream no matter how hard it has been at times.

Then what are the perks of where you are in your career right now?
SARAH: My favorite perk was to travel and live in Rome for months!

If there were one previous role you would like to revisit, which would it be and why?
SARAH: I would say so far one of my favorite roles was Jutta! I think the time she lived in was pretty exciting and revolutionary! She is such a controversial character since she is a bit evil and scheming in the show. I love playing controversial roles! It’s challenging and exciting to find humanity and love in that role and to find out their stories.

Do any of your characters and the situations they find themselves in ever leave a lasting impression on you?
SARAH: Always! I want to learn from every single role I play. I feel like every single person can teach us things about ourselves and life.

Do you find any of you character’s habits manifesting in your own life? Like what?
SARAH: The fact that Jutta was such a free spirit and hungry for life stays with me. I am similar in that way, but still have to continue learning how to free my head and not think too much.

Has there been any great advice you have gotten about working as an actor?
SARAH: My favorite piece of advice so far: “don’t worry, be happy.”

What advice would you offer to other upcoming and aspiring actors?
SARAH: Be yourself and don’t be scared to chase after your dreams!

At a time when women’s voices are rising to be heard and respected around the country and world, what do you recommend your fans do to lend support in that endeavor?
SARAH: Support great movies and shows with female leads and female creators! My advice is to stay educated with current affairs, form and create well educated opinions and never be afraid to stand up for what you believe in!

Do you have any other upcoming projects that you can share that fans should keep an eye out for?
SARAH: I have a few things in the works. Once they come further to fruition, I will be excited to share.

To see how the crazy world of the Gettys sweeps up Sarah’s character Jutta into a maelstrom of events, be sure to tune in for the premiere of TRUST on Sunday, March 25th at 10:00 p.m. on FX and to find out more about the show through its first season, you can follow it on Twitter @TrustFX.