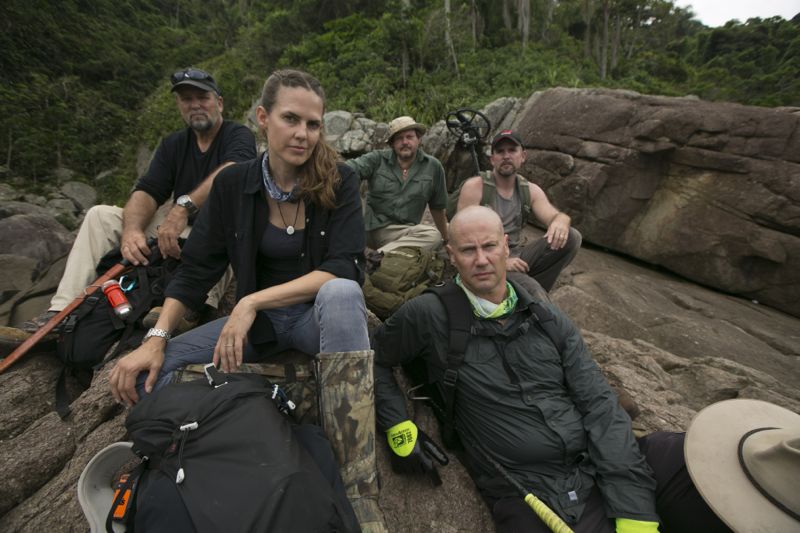 Off the southeastern coast of Brazil, an elite team of treasure hunters follows a radical new theory to uncover the resting place of a legendary treasure estimated to be worth hundreds of millions of dollars. And the evidence they have gathered leads them to the one place no one dares to go, a remote, treacherous island teeming with thousands of deadly vipers. Its name: Queimada Grande, known to locals as Snake Island.

The legendary bounty that launched this quest, known as the “Treasure of the Trinity,” has eluded all who have sought it for almost 500 years. In the 16th century, Portuguese conquistadors cut their way through uncharted Brazilian jungles and reportedly stole a vast horde of Incan gold. Ever since, people have spilled blood, burned villages, and evaded marauding pirates to hold on to this treasure, but it vanished into history.

Now, armed with advanced technology, our team of explorers will have to unearth and solve a number of complex clues that have protected the treasure for centuries. But most of all, they’ll need nerves of steel as they brave modern-day pirates, perilous weather, and one of the most dangerous places in the world, where one misstep could cost them not just incredible riches, but ultimately their lives.