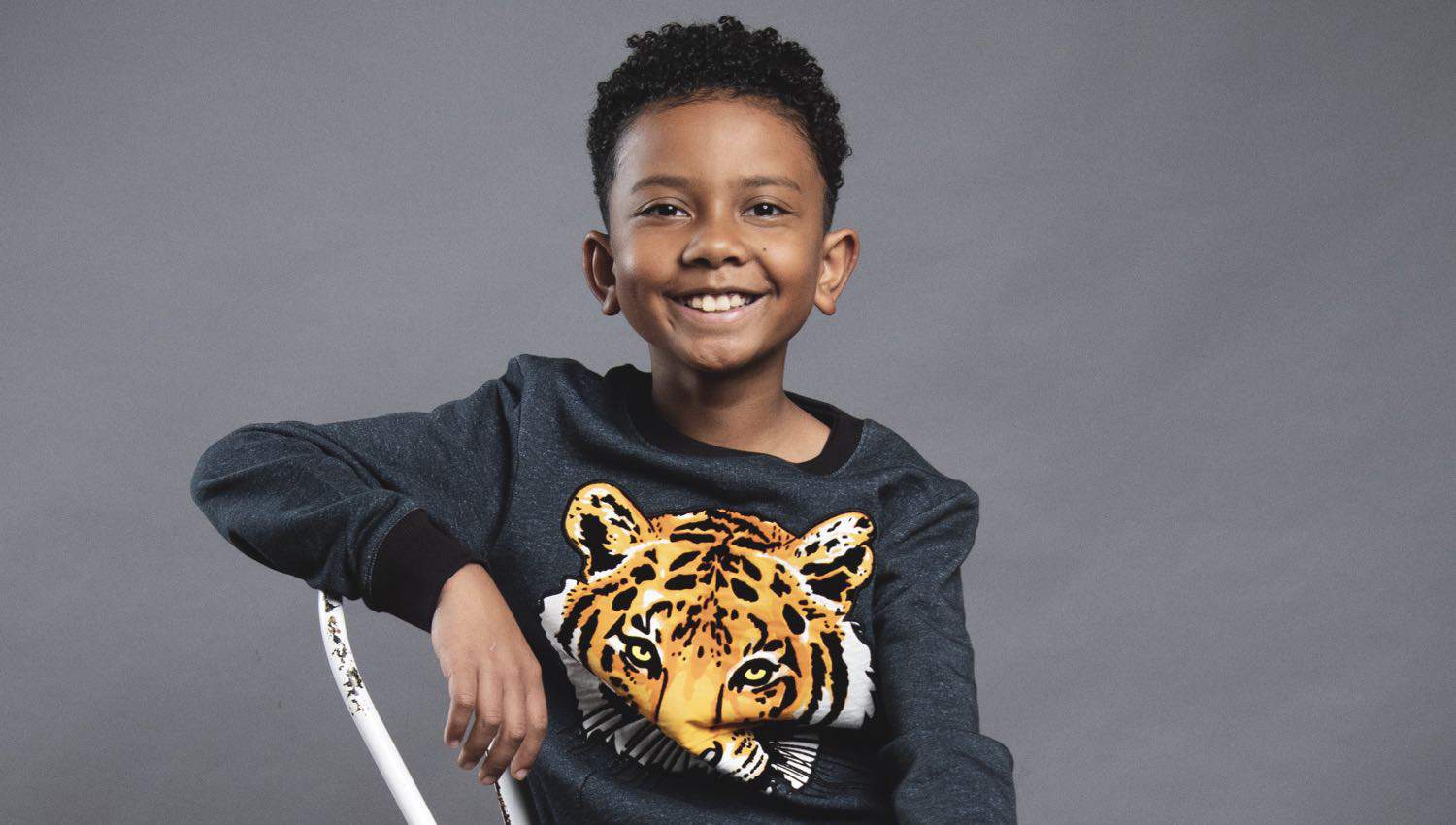 With a performance that is a perfect blend of impishness and delight, Kai Wener has clearly established his earned place on THE ORVILLE. The show has made a strategic choice to showcase the joy of interaction among its varied life-forms and Kai very naturally brings that joy onscreen to his character. In an exclusive interview, Kai talks about the fun he is having portraying Ty Finn and what he is learning as a young actor fine-tuning his craft while working on THE ORVILLE.

What was the initial appeal for you about portraying Ty Finn and working on THE ORVILLE?
KAI: When I first auditioned for THE ORVILLE, I saw that it was created by Seth Macfarlane, so I thought it would be super cool to work with him. I also saw that the show was science fiction, so that made me want to work on it even more!

How would you describe who Ty is in the series?
KAI: Ty Finn is the youngest son of the Head Medical Doctor on THE ORVILLE, Dr. Claire Finn, played by Penny Johnson-Jerald. He has an older brother, Marcus Finn, played by BJ Tanner and is best friends with an artificial life-form named Isaac, played by Mark Jackson. There is nothing more important to Ty than his family and he is becoming an awesome classical piano player because he’s taking lessons from Isaac.

What do you most admire about Ty?
KAI: The thing I admire most about Ty is his bravery. Ty has already been on some pretty cool adventures for being so young and I think part of that is because he’s been brave enough to step up to help the people he loves.

What is it like working alongside such a talented ensemble on THE ORVILLE?
KAI: It’s absolutely amazing working with everyone on THE ORVILLE! Everyone is super supportive of me and we have so much fun. Even when our call times are really early in the morning and we are filming really long hours, we can all get to be pretty silly together!

How would you describe the dynamic between Ty and Issac, portrayed by Mark Jackson?
KAI: Ty loves Isaac and has started to think of him as a father-figure. They’ve been through so much together and no matter what, Ty will always see the good in Isaac and they will always be best buds!

Then what is the relationship like between Ty and his mom, portrayed by Penny Johnson Jerald?
KAI: Ty is very close to his mom and loves her so much! He definitely wants her to be happy because I think he knows how much she does as a single mother. Dr. Claire Finn will do whatever it takes to protect her son.

And what is Ty’s relationship with his brother Marcus, portrayed by BJ Tanner?
KAI: Ty is your typical little brother that loves seeing Marcus get in trouble, but deep down inside he really looks up to him.

In the conclusion of this week’s 2-parter, we see the rise of the Kaylon as they attempted to destroy all human life and how instrumental your character Ty is in crawling through the air duct and pleading for Isaac to remember his newfound affection for the humans. What was that big storyline and experience like for you?
KAI: It was amazing! I was so honored that Mr. Macfarlane and the shows writers and producers would trust me to have such an important role in this huge two-part episode. It took a lot of work to film all of my scenes, but Jon Cassar, who directed both episodes, made sure to explain everything and guided me along the way. I was able to learn a lot about working with special effects, CGI characters, and even doing my own stunts.

What has surprised you about the show so far?
KAI: I think the thing that’s surprised me the most about the show has been the visual effects. When you are filming, you don’t get to see how the whole thing is going to look, but even I still get amazed when I see the episode airing on TV and how awesome everything came out. If anyone saw the epic space battle in the “Identity pt. 2” episode, then they know what I am talking about!

What has been the best part about the experience of working on THE ORVILLE?
KAI: The best part has been all of the great people I’ve been able to meet, as well as all of the things I have been able to learn on set and can take with me throughout my career. It takes a lot of people that are also behind the scenes that makes this show so successful. We have some really awesome people on set that are production assistants, wardrobe, hair and makeup, sound engineers, and even our chefs! I am happy to be able to experience this with everyone!

What do you think viewers really appreciate about the show?
KAI: I think viewers appreciate how much work and detail goes into each episode. Mr. Macfarlane not only makes sure everything looks great by using the best special effects out there, but he also makes sure it sounds great by using a live orchestra to score the music for the show. It’s seriously like watching a movie every week on TV.

At this stage of your career, what do you think you have learned from the roles and projects you have worked on?
KAI: There is a lot of work that goes into making a TV show like THE ORVILLE. It’s not your typical 5 day shoot for one episode. It takes several weeks to shoot one episode and then you can have pick-ups and ADR/voiceover to do as well for it. It’s a huge difference for when I shoot national commercials that usually take just a couple of days. No matter how long it takes to film, I’ve had to learn how to balance acting, school work, and still just having fun as a kid. I have an awesome family and great teachers that support and help to make everything possible.

What has surprised you most about your career so far?
KAI: The thing that has surprised me the most about my career is how great sci-fi fans are. It’s almost like this cool club of people and they have been so supportive and accepting of me since I started working on THE ORVILLE. They have shown me so much love! I appreciate that!

Then what are the perks of where you are in your career right now?
KAI: Hands down, the best perk has to be all of the people I get to work with and hang around. I’m 10 years old and I get to work with someone as epic as Mr. Seth Macfarlane, directors like Mr. Jon Cassar, and actors like Miss Penny Johnson-Jerald, Adrianne Palicki, Chad Coleman and Scott Grimes, not to mention all of the awesome guest-stars that have appeared on the show.

Do you have any other upcoming projects that you can share that fans should keep an eye out for?
KAI: Well, we are all hoping that there will be a Season 3 of THE ORVILLE that I can continue working on. In the meantime, I’ve been working with Disney on some print work and I’ve shot a National Commercial while on hiatus. It’s also pilot season right now and I’ve been really busy auditioning for new TV projects. I’ve also had the chance to read for some really great Feature Films, so my fingers are crossed that you’ll be seeing more of me on your screens real soon!

THE ORVILLE video clip of Ty and Isaac during the Kaylon takeover in Season 2:

THE ORVILLE video clip of Ty, Marcus and Isaac from Season 1: