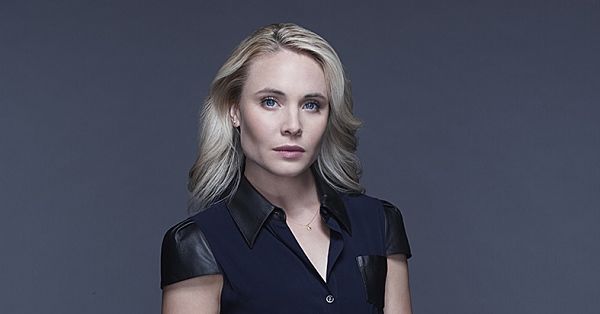 It is good to be the girl torn between two lovers — especially when the two lovers are Klaus (Joseph Morgan) and Marcel (Charles Michael Davis).  In the CW series THE ORIGINALS, Camille O’Connell (Leah Pipes) has the good fortune (or perhaps, misfortune) of being the woman most desired by two powerful vampires: Marcellus Gerard and Niklaus Mikaelson.  While at present the relationship between Klaus and Cami is still more along the platonic lines, things certainly took on a more carnal note between Cami and Marcel.  But Cami quickly put the brakes on that sizzling, sexy relationship early this season as she tried to prioritize having a normal, human life and not making every waking moment of her existence about the eternal battle between the witches, werewolves and vampires battling for New Orleans.  Just what was that girl thinking?! When one has man such as Marcel wrapped around her finger, and one who can protect her from all those warring factions of the supernatural, Cami would surely be better off keeping Marcel close — and still in her bed, where his true beauty can be appreciated.

In an exclusive interview, star Leah Pipes teased just what is going through Cami’s mind right now in regards to both her personal relationships with Marcel and Klaus:

While Cami is certainly trying to keep the supernatural world out of her life, it certainly looks like the supernatural realm is not done with her yet.  In fact, Cami’s very fate is directly linked to what is going on — or else why would Esther and Finn be so interested in her.  Cami must surely hold the key to something they want desperately.

It could also just be that Cami is the one person directly linked to all the key players in THE ORIGINALS — she is Klaus’ confidante, she is Marcel’s lover, she is Davina’s (Danielle Campbell) friend and she can claim a certain close alliance to both Elijah (Daniel Gillies) and Hayley (Phoebe Tonkin) as well after the events of Season 1.  She could easily be used as the “wolf in sheep’s clothing” just because of her unique proximity to everyone who holds power in New Orleans.

For, as Leah has teased, there is a lot more going on with Cami than anyone dares suspect.  We can only hope that we get to find out just what that is before Cami runs into someone dastard enough to try to strike her down before her destiny is fulfilled.  As Leah mentioned, there is going to be a terrifying run-in with Papa Mikaelson (Sebastian Roche) and everyone should be saying a prayer for Cami to survive that encounter unscathed.

To find out just how Cami fares and to start to see what the mystery of Cami really is, be sure to tune in for an all new episode of THE ORIGINALS on Monday, October 27th, at 8:00 p.m. on the CW.