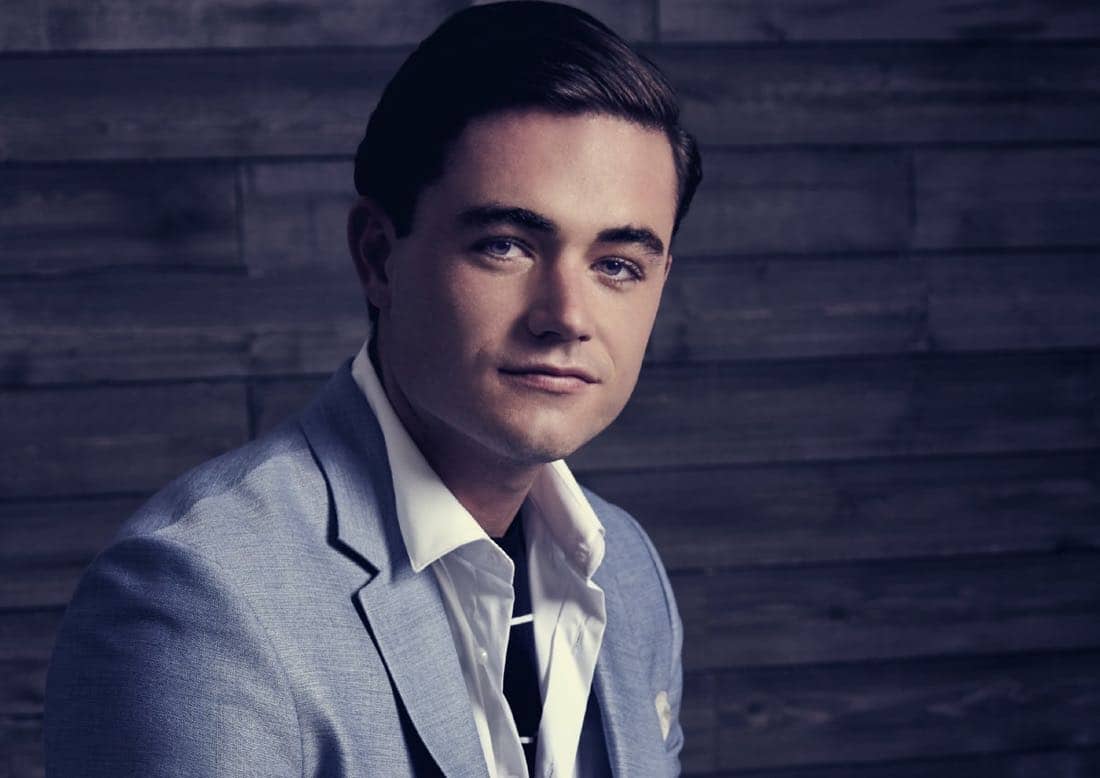 Getting a chance to shine in the new Stephen King series THE MIST, Luke Cosgrove portrays the son of a small town sheriff who steps up to confront an unknown terror lurking within the mist as it blankets the town. Relishing the opportunity to bring a layer and nuanced character to screen, Luke dives right into the equally murky soul of Jay Heisel as events spiral out of control and each character’s inner demons surface as an unknown threat stalks them. In an exclusive interview, Luke talks about the fun of working on THE MIST and thrill of seeing his acting career continue to grow and expand.

What initially appealed to you about the role of Jay and working on the THE MIST?
LUKE: Jay as a character holds so much more substance than what we’re normally exposed to of this stereotype. There’s so much more going on under the surface, and it’s not often that you come across roles like this. It’s Stephen King, so of course I jumped at the opportunity.

How would you describe who Jay is?
LUKE: We first see Jay as the respected popular football quarterback where he’s almost untouchable. Pretty soon he’s accused of something unspeakable and those respectable qualities start to fade away. Jay is convinced that, like his dad, he needs to make the right decisions. Alongside trying to survive the mist, there’s a huge internal battle that he has to face.

What do you like and admire about Jay?
LUKE: Once the mist comes in we start to see it change people instantly, but Jay is one of the few characters who stays true to what he believes in, and he’ll make what he thinks are the right decisions despite the opinion of others.

What has been the one thing you as an actor haven taken away from working on THE MIST?
LUKE: I learned so much over those four and a half months. Being the biggest project for me professionally so far, I could go on for ages about what I’ve taken away but I think the biggest thing for me was the realization of being lucky enough to be able to do what we do. It’s not every day you get an opportunity to work in a project like this, so I really relished in the opportunity.

What do you hope viewers continue to take away from watching THE MIST?
LUKE: I truly believe that there is something in this for everyone regardless if you’re a Stephen King fan or not. It’s so relatable. The show is all about people who are being manipulated by fear and with everything that’s going on in the world around us today, I believe that’s something that is extremely relevant.

What has been your favorite part about working on this project?
LUKE: Having the freedom to build and develop this character over ten episodes was an absolute blast. I loved playing him; it was really hard to say goodbye when it was over.

What is it like working alongside Alyssa Sutherland, Isaiah Whitlock Jr., Bill Carr, Gus Birney?
LUKE: Everyone in the cast is incredible. I’ve never met such a down-to-earth, genuine, hard working group of people and I feel so blessed that I got to work with them. We bonded a lot and became like a family after all that time. I spent most of my time with Gus (who plays Alex) and Alyssa (who plays Eve) who I learned the most from. I can’t thank those girls enough for the things I learned from them. I was lucky enough to also work with Darren Pettie (who plays Connor) and Frances Conroy (who plays Natalie) who were both so warm and open.

Have you watched any of the prior versions of “THE MIST? What did you like about those?
LUKE: I did! I loved the book and movie. I watched the movie before shooting and read the book during. I had to put my hands over my eyes during certain parts of the movie because I was so scared. I hope people will do the same for the show.

What is the best part about working on a Stephen King project?
LUKE: Getting to dive into that world of horror/sci-fi was continually exciting because I’d never done anything like that before. Every time I got to set it really felt like we were in Stephen King-land. As an actor, the energy that’s required while shooting to keep up that level of fear and life/death really challenges you, I loved that.

What has surprised you most about your career so far?
LUKE: Definitely getting to work on this series. If you were to tell me five years ago that I’d be working on a Stephen King series, I wouldn’t believe you.

At this stage of your career, what do you think you have learned from the roles and projects you have worked on?
LUKE: To make a performance truthful and memorable, you have to do everything you can to become that character. Know it back to front like you know yourself in real life. If you don’t believe that you are the character, then no one else will either.

What are the perks of where you are in your career right now?
LUKE: Being so close to the premiere, there’s a lot of excitement building, and I’m just happy to be along for the ride.

If there were one role you would like to revisit, which would it be and why?
LUKE: Jay, definitely. I feel like there’s so much more to explore with him.

Do any of your characters and the situations they find themselves in ever leave a lasting impression on you?
LUKE: There’s a scene in the series finale that I haven’t stopped thinking about since we wrapped. Really looking forward to seeing that.

Has there been any great advice you have gotten? What advice would you offer to other upcoming and aspiring actors?
LUKE: Best advice I’ve had “Doubt your doubts”. I would tell anyone who wants to pursue this career professionally that if you want it bad enough, do whatever you have to do for you, block out the cynicism and negativity. Just keep moving forward. Things will start to happen if you work hard and persevere.

Do you have any other upcoming projects that you can share that fans should keep an eye out for?
LUKE: Turn your TV to Spike on June 22 10/9c and check out the first episode of THE MIST!!

To see how Luke’s character Jay confronts his own fears and the monsters that hide within, be sure to tune in for the premiere of THE MIST on Thursday, June 22nd at 10:00 p.m. on Spike TV. The 10-episode series airs Thursday nights this summer on Spike TV. To see what else Luke is up to be sure to follow him on Twitter: @LCosgrove_ and Instagram: LukeCosgrove