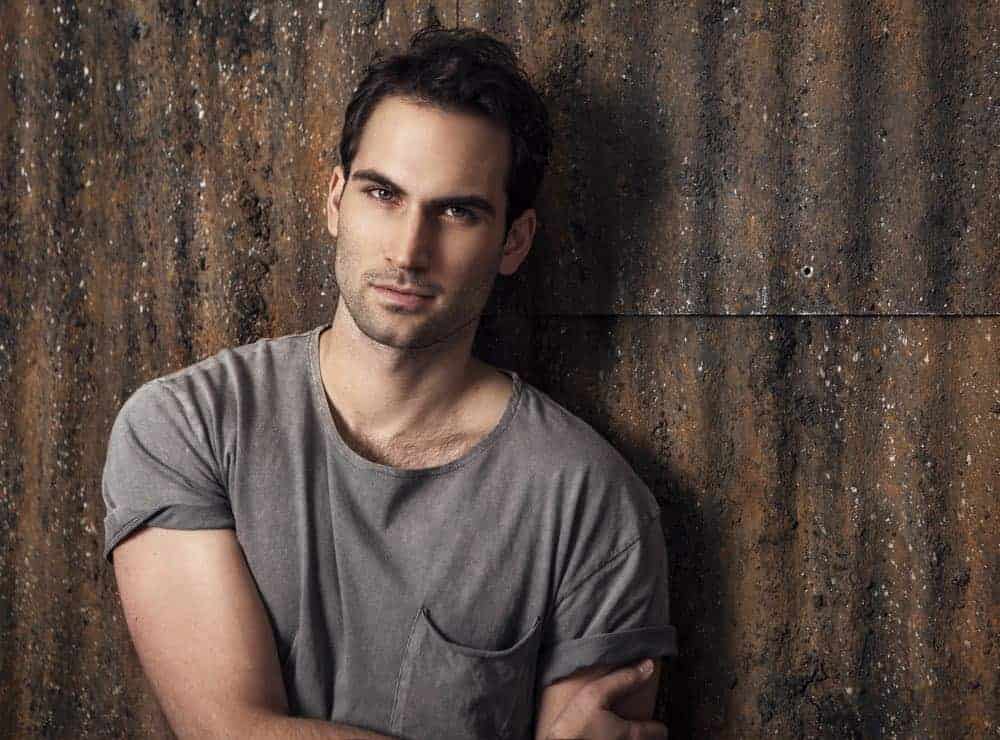 In the world of Amazon’s THE MAN IN THE HIGH CASTLE, there is the reality that the characters see and live in, and then another reality which some can travel to and from, and finally, there is the reality that they can all aspire to. It is a science fiction show depicting life when World War II was won by the Japanese and the Germans, and how that created a new world, some excel amongst and some rebel and chafe under its oppression. For Giles Panton, getting to portray a character in this rich multi-layered story is the reality that he is happy to be a part of. In an exclusive interview, Giles talks about his appreciation at being a part of THE MAN IN THE HIGH CASTLE world and the creative fulfillment of where he is at in his professional career.

What was the initial appeal for you about portraying Billy Turner and working on Amazon’s THE MAN IN THE HIGH CASTLE?
GILES: The initial appeal was HIGH CASTLE itself. I’m a huge sci-fi fan. The book has been creating waves for years and the show was having such an impact that it became a “need to be on” project for me. So when the Billy Turner audition showed up I jumped on it. It was a bonus that he’s such an interesting and fun character to play.

How would you describe who Billy is?
GILES: Billy is as close to a 1960’s ad-man as you can get in this world. He’s a wheeling and dealing, charming, pitch artist who perfectly fits his position as the new head of propaganda for the American Reich.

What do you most admire about Billy?
GILES: It’s tough to say you admire someone who is part of such a horrific regime. I mean he’s the smiling face that sells murder and oppression. But if there’s anything that I admire it would be his tenacity and his ability to charm an entire room.

What is it like working alongside such a talented ensemble on THE MAN IN THE HIGH CASTLE?
GILES: It is literally a dream come true. To be able to be part of a show of this magnitude and to be given the opportunity to work with a cast that has so much experience and skill has truly brought my work to a whole new level. I loved every minute of it.

How would you describe the dynamic between Billy and John Smith (Rufus Swell)?
GILES: They’re pretty much polar opposites. Billy is bold, outgoing, and isn’t shy about cracking jokes or flashing a smile. John is much more contained, stern, and plays his cards close to his chest. In that sense, it is kind of an “odd couple’ dynamic. Plus, in the world of HIGH CASTLE any work relationship always contains an edge of danger, so everybody is watching their back.

What has been some of your favorite scenes from the first two seasons?
GILES: It’s tough to narrow it down to just a couple scenes because this whole show is so rich. There are so many poignant, painful, and beautiful moments. And it is also difficult to share scenes without spoiling it for people who haven’t watched the show yet! But there are two very powerful shots that have stuck with me. The first is the poignant moment when Tagomi [Caru Hiroyuki Tagawa] first sees his family ‘that could have been’ and the second is a horrific scene where Joe [Luke Kleintank] stands outside and realizes that the ash falling on him from the sky is actually cremated remains.

What surprised you about the show?
GILES: How huge it is. You have the GNR, The Neutral Zone, and The Japanese Pacific States to name a few, and these areas are all filled with amazing characters. There are so many storylines that mesh together perfectly. It’s done so well.

What has been the best part about the experience of working on THE MAN IN THE HIGH CASTLE?
GILES: Everyone involved is at the top of their game. Every department puts their all into this show and you can feel the pride on set. It is palpable how much everyone loves this project. It was such a great collaborative experience of people working together to make something amazing. It was an honor to be a part of.

What do you think viewers will appreciate about the upcoming third season?
GILES: That this season has so many more surprises and emotional moments in store for them. I mean how do you top the first two seasons? Well…just wait and see.

At this stage of your career, what do you think you have learned from the roles and projects you have worked on?
GILES: That it’s all a collaboration. Every step of the way, all the people involved in making a project from casting directors, to set designers, producers, location managers…we’re all colleagues working together towards a common goal. At the beginning of my career I used to view myself, the actor, as almost separate. I put a lot of mystery around the rest of the industry. But it’s simple…we’re all on the same team.

What has surprised you most about your career so far?
GILES: Voice work. At the beginning I never expected I’d be recording cartoons or video games. I’ve played so many crazy monsters or wild characters…it has been so much fun and that has been the best surprise!

Then what are the perks of where you are in your career right now?
GILES: The relationships I’ve built with different actors, directors, producers, or other industry professionals. It feels like such a privilege to know all these amazing people and to get to work with them. That feels like a perk.

What has been your proudest achievement as a working actor at this point in your career?
GILES: There have been so many amazing milestones for me….but I’m really proud of THE MAN IN THE HIGH CASTLE and the work I did as Billy Turner.

Has there been any great advice you have gotten about working as an actor?
GILES: There are so many moving parts in this industry and so many factors involved in choosing which actor gets cast in which part. In general, everyone going out for the role is great at their job and it’s just about who is the best fit. So don’t take it personally if you don’t get it. Focus on growing your skill and always raising your work to the next level.

What advice would you offer to other upcoming and aspiring actors?
GILES: Overall, I’d say there are two very important things. (1) As an artist, get yourself to a place where you’re brave enough to be willing to look like a total idiot in front of complete strangers. It might sound funny, but it helps you really step into the characters you play. (2) Craft your business mind. You need to view yourself as a small business and learn to operate that way. And if that’s not something you feel you can do then make sure you find an advisor or build a team who can help you with that. To survive in the long term you need to be an entrepreneurial artist.

You have a number of upcoming Hallmark Channel holiday films coming out in the next few months. What inspired you to tackle all these holiday films?
GILES: I love the holidays and I love Christmas and I especially love Hallmark. They’re a fantastic team and I jump at any opportunity to work with them. They fit such a great niche in the industry right now. Fun movies that will always leave you feeling good.

What did you most appreciate about working on “It’s Christmas, Eve”?
GILES: There are two things I really appreciated. The first was the chance to play a newer character for me— a fun loving father of two young twin boys. The second was working with LeAnn Rimes. I loved her music growing up so that was really cool.

What did you most appreciate about working on “Christmas On Holly Lane”?
GILES: Holly Lane isn’t actually a Hallmark movie. But the thing I appreciated most about it was that it’s not a traditional, “feel good” Christmas movie. The characters deal with some heavier struggles and it’s not necessarily the storybook happy ending one might expect. But for some people Christmas can be a painful time with bittersweet moments of beauty, and this movie tells that story.

What did you most appreciate about working on “Christmas Pen Pals”?
GILES: While “Christmas Pen Pals” isn’t a Hallmark movie either, it’s still a ton of fun. I got a chance to ice skate in this one and it was great to dust off that skill set! My fourth Christmas movie is called “A Godwink Christmas” (aka The Christmas Carousel) and that one is by Hallmark. It’s a beautiful film that is based on a true story. I think what I appreciated the most about that one was meeting some really great people. My cast mates were fantastic, the whole crew was incredible, and the authors of the Godwink novels were so sweet.

Then do you have any other upcoming projects that you can share that fans should keep an eye out for?
GILES: I have those four Christmas movies (I think that might be a record). I also have a guest star on TRAVELERS Season 3 and a recurring character on CHESAPEAKE SHORES, which will be around for the rest of the season. And for fans of animation I have a lead in Netflix cartoon series and some other projects coming out as well.

For those that have seen Season 1 and Season 2 and are ready for the next riveting chapter, Season 3 of THE MAN IN THE HIGH CASTLE premieres Friday, October 5th exclusively on Amazon Prime. For more sneak peeks and exclusives, be sure to follow the show on Twitter @HighCastleTV. Then to keep up with Giles’ continuing adventures, you can follow him on Twitter @G_Panton, especially since so many of his wonderful holiday films are coming out later this year.