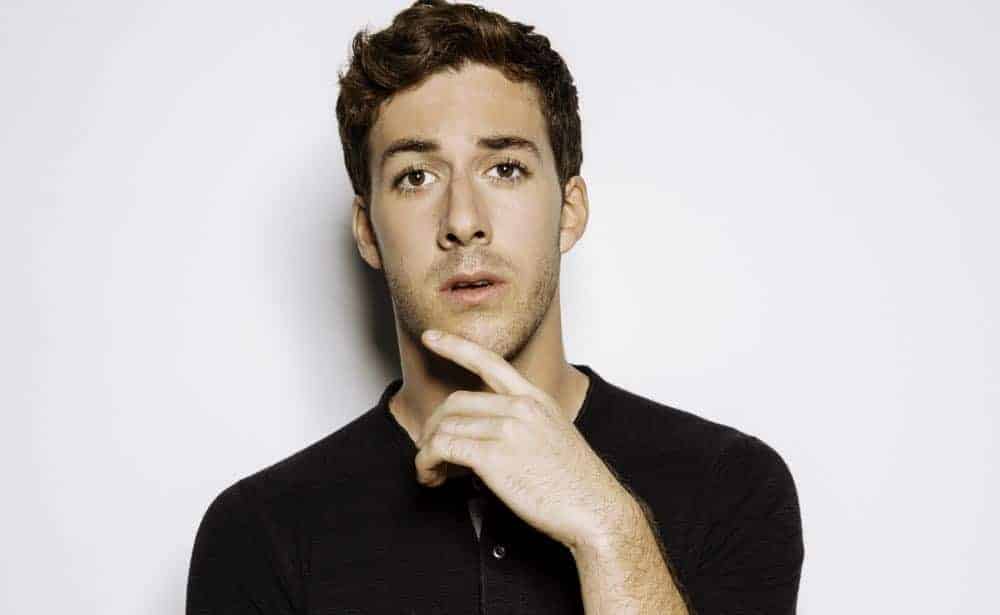 Every role is a leap of faith and for Troy Doherty taking that risk has rewarded him with the chance to be a part of a story that was intensely compelling and personally satisfying. THE LAST SHIP has always asked its characters to push their limits as the fate of humankind is literally in the balance after the entire world survive a global pandemic. Willing to take on that responsibility demands each person embrace their inner hero and stepping up to be a part of the team determined to honor that responsibility is exactly the kind of role Troy is happy to portray. In an exclusive interview, Troy talks about the dual honor of portraying such a character on screen and getting the amazing opportunity to be a part of the show THE LAST SHIP.

What was the initial appeal for you about portraying Clayton Swain and working on TNT’s THE LAST SHIP?
TROY: I watched the THE LAST SHIP right when it came out and thought it was great. Here’s a show that not only had action that was well choreographed and intense, but had very strong characters that you cared about. When I received the audition for THE LAST SHIP, I got really excited to have the opportunity to be a part of that world. As I read the script and learned more about who Clayton Swain really was, it resonated with me. Clayton isn’t your clean cut naval academy student. He’s different and I liked that.

How would you describe who Clayton is?
TROY: Well, after his parents died from the plague, he joined the U.S. Naval Academy and became a protégé of Tom Chandler (Eric Dane). He is not the typical guy that you would usually see in the Navy. What it really comes down to is that Clayton is a fighter who is very capable of thinking on his feet. He may not be the biggest or the strongest, but he is strong-willed and will stop at nothing to help his fellow men and women.

What do you most admire about Clayton?
TROY: His drive. Clayton is a hard worker and will stop at nothing to help the people he cares about. It doesn’t matter if the world is falling apart in front of him, he will do everything he can to protect himself and his friends.

What is it like working alongside such a talented ensemble on THE LAST SHIP?
TROY: It was truly incredible. From the first day on set, it felt like family. Everyone in the cast was so kind and so easy to talk to. I found myself on my days off wishing that I was back on set working and playing with my fellow cast mates. Not to mention a few of them absolutely love golfing. At the time, I didn’t even have clubs! They got me hooked on golf!

How would you describe the dynamic between Clayton and Tom Chandler?
TROY: I think Tom Chandler sees a part of himself in Clayton. Tom Chandler has been through a lot for his country and would do anything to save his friends and his family. Clayton would do the same, and from the first time we see both Tom Chandler and Clayton together, it’s apparent. Clayton is more than just a student to Tom Chandler. He is a brilliant mind and a hard worker, and Tom realizes that Clayton is an asset that he needs.

What surprised you about the show?
TROY: What surprised me most was how intricate the sets were. Going in, I knew that the cast was incredible and the stories being told were very strong, but when I sat down on set and looked around, it was really breathtaking. The amount of precision that goes into making each set piece was truly fascinating. The crew definitely deserves a hand for that because, without an amazing crew, you can’t have an amazing show like THE LAST SHIP.

What has been the best part about the experience of working on THE LAST SHIP?
TROY: The best part about the experience was how much I learned on set. Just being there and in that headspace really makes a difference. For one episode, the amazing Peter Weller said to me, “If you need to skip lunch to really be in it, then that’s what you need to do.” Every time I was on set after that, even when we weren’t filming, I would just sit in that headspace and say my lines. It was incredibly valuable advice from such a one-of-a-kind man.

What do you think viewers will appreciate about the upcoming fifth season?
TROY: Is ‘everything’ an acceptable answer? Honestly, I think they are going to be surprised and will very much appreciate what is to come.

At this stage of your career, what do you think you have learned from the roles and projects you have worked on?
TROY: I think what I’ve learned the most is how to really drop into a character. When filming a TV show, you could spend years with a character, really figuring out all of their little idiosyncrasies. I found that on my car ride home, I would still be in Clayton mode. It was fascinating to see the change that my body and mind took while playing Clayton Swain. Even when I’ve filmed movies, sometimes you become more of the character than you can actually imagine. It’s in those moments when everything becomes effortless.

What has surprised you most about your career so far?
TROY: The fans are always a surprise! I’ve had people message me on Instagram and Twitter really looking forward to how Clayton is going to fit into the mix. The fans are the reason we do what we do. There is nothing better than seeing a smile on a fans’ faces, knowing that they are smiling because of you.

Then, what are the perks of where you are in your career right now?
TROY: At this point in my career, I would say that the relationships I’ve made are a major perk. Being able to have a history with casting directors, directors, producers, and even other actors has definitely helped me with forwarding my career.

What has been your proudest achievement as a working actor at this point in your career?
TROY: My proudest achievement? Well, when I was younger I was an extra on 30 ROCK and I stood next to Tina Fey and she said, “Am I in your way?” and I said “No.” And that was a pretty big deal… but now? I think to be able to say that I have a 10-episode recurring guest star role on a major cable television show. To me, that’s pretty amazing.

Has there been any great advice you have gotten about working as an actor?
TROY: I’ve received such great advice in my life, but the one piece of advice that probably sticks out the most is from my parents. They said, “no one is going to make it happen except you. If you want it, you need to go get it.” It’s always helped me power through any struggles I’ve had in this business.

What advice would you offer to other upcoming and aspiring actors?
TROY: Always be yourself. I know it might sound cheesy, but it’s true. When you own being yourself, people admire that and you will be happier in the long run.

You also have a career as a singer and musician. What can you share about your latest EP “Citizen’s Arrest”?
TROY: Well, the album was made back when I was 17, and it was such a blast to make. It was the first time that I actually got to hear my music fully produced. Being able to hear the bluesy, country, pop aspects of my music really come through was great to hear. I’m always making new music and I am definitely liking what’s happening. So be on the lookout for some new music in the future.

Do you have any other upcoming projects that you can share that fans should keep an eye out for?
TROY: I do have a little something-something in the works! I have a film coming out in the next six months and I’m always writing new stuff. As an actor and musician, I am always writing and developing new things: pilots, movies, music. I have a sketch show that I created on my Instagram, @TroyDoherty, called “Roommates” that I post every Friday. I also make a Music Monday, where I cover a new song every week!

To see what missions Clayton finds himself in the midst of and how he prevails, be sure to tune in for the Season 5 premiere of THE LAST SHIP on Sunday, September 9th at 10:00 p.m. on TNT. For special previews and information about the show, you can follow it on Twitter @TheLastShipTNT. Then to follow Troy as his career continues to grow, you can also follow him on Twitter @TroyDoherty.