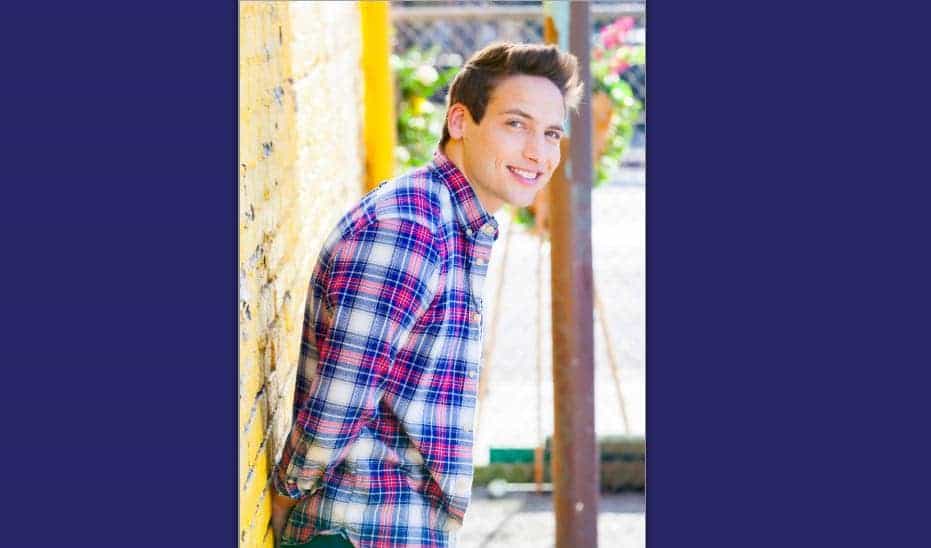 Currently its second season, CBS’ young adult series THE INSPECTORS brings back Preston Wainwright (Bret Green) and his mother Amanda for more adventures in the postal inspector world. Preston and his mom are not only inspiring in their desire to do right by others, but Preston does it with ease from his handi-capable wheelchair, proving that a perceived disability does not keep a determined young man from helping his mom every chance he gets. Whether it be tackling cyber-crimes or mail fraud or identity theft, there is no stopping Preston and Amanda from tracking down those responsible and bring justice to those wronged. In an exclusive interview, star Bret Green talks about the appeal of portraying Preston and how his career is just beginning to take off along with the success of THE INSPECTORS.

What initially drew you to the role of Preston and the show THE INSPECTORS?
BRET: I really felt like playing a character like Preston would be challenging and very rewarding at the same time. I also love procedural crime shows, so I thought that was pretty cool too.

How would you describe who Preston is and what do you most admire about him?
BRET: Preston is a serial optimist. There is no problem too big to solve or too small to ignore. I admire how compassionate he is and I definitely think playing him has made me more compassionate in my own life as well.

What is Preston’s relationship like with his mom Amanda?
BRET: Preston has a pretty special relationship with his mom. After his father died in a car accident, Preston was forced to grow up and become the man of the house, which includes looking after his mom. The two are very close and it’s been fun playing it with Jessica Lundy.

Who are the people that are closest to Preston and help him in his “inspector” adventures?
BRET: Preston’s best friends, Noah and Veronica, are always with him when he heads out on his adventures. They are kind of like the three musketeers, always together. Veronica usually acts as the voice of reason, while Noah is just trying to stay out of his own way.

Were you surprised that the show was recognized with 6 Daytime Emmy nominations? How did that feel to find out that folks were paying attention to that degree?
BRET: I wasn’t surprised at all. We have a very talented cast and crew that were very deserving of all six nominations and the wins as well. It is an honor to have our show recognized by the voters.

What have been the most fun and/or challenging aspects of working on THE INSPECTORS?
BRET: Getting in the right mindset to play Preston was the most challenging, but learning how to wheelchair was challenging as well. The most fun part is getting to work everyday with a group of talented professionals and bring the story to life.

What do you think you have learned as an actor from working on the show?
BRET: I’ve learned a lot. The show has taught me to be more compassionate and it’s also opened my eyes to some of the challenges people in chairs face everyday.

What has been some of the best advice you have gotten in your career?
BRET: “Be patient.” Overnight success doesn’t last and all the hard work only makes the pay off that much sweeter. The other acting tip I got was keep it simple and subtle. That was a big break through for me.

What advice would you offer to other up and coming actors?
BRET: Work hard and stay in your own lane. Everyone is on their own journey and some achieve success a little quicker than others. But if your dream is specific enough, your time will come.

You have also made guest appearances in a number of TV shows including JANE THE VIRGIN, BONES, THE GOLDBERGS, STALKER and HOW TO GET AWAY WITH MURDER. How do you find the time to appear on so many other shows while being busy on your own TV show?
BRET: When I’m not working on THE INSPECTORS, I’m always looking to get involved in other shows. Being on someone else’s show is a lot of fun because you get to work with some seriously talented and well-known actors. Those are fun people to learn from and work with.

Were there any stand out moments from guest starring on those shows that you would like to share?
BRET: My first ever role was on HOW TO GET AWAY WITH MURDER and it was a scene with Viola Davis. She’s an Academy Award Nominee so you can imagine I was a bit intimidated, but she called me a “hunk” so that broke the ice!

What drives you to pursue all these opportunities? What sparks your interest?
BRET: As long as the roles are interesting and challenging I’m always interested in reading for it. It’s fun to diversify your resume and do a variety of shows. Comedies and much different than dramas, but both are a ton of fun to me.

What else is upcoming for you that you can talk about?
BRET: I just booked a role in a feature film this week, which I can’t disclose yet, but it’s going to be a fun character. In the meantime, I’ve been taking voice lessons and salsa lessons as well. It’s been a lot of fun!

What teasers can you share about what is coming up on THE INSPECTORS?
BRET: In Season 2, we see where Preston and Veronica’s budding relationship goes and it’s looking good for Preston!

What has been one of the best things or perks of where your career has taken you so far?
BRET: I’d say getting to work on shows that I watch or have watched and working with people whose careers I’ve followed for years. It really does feel surreal sometimes. One of the other perks is simply having more confidence.

To see more of Bret’s amazing performance in THE INSPECTORS, be sure to tune in for all new episodes on Saturday mornings at 8:30 a.m. on CBS. He proves that a little bit of ingenuity along with sheer determination, one can accomplish just about anything.