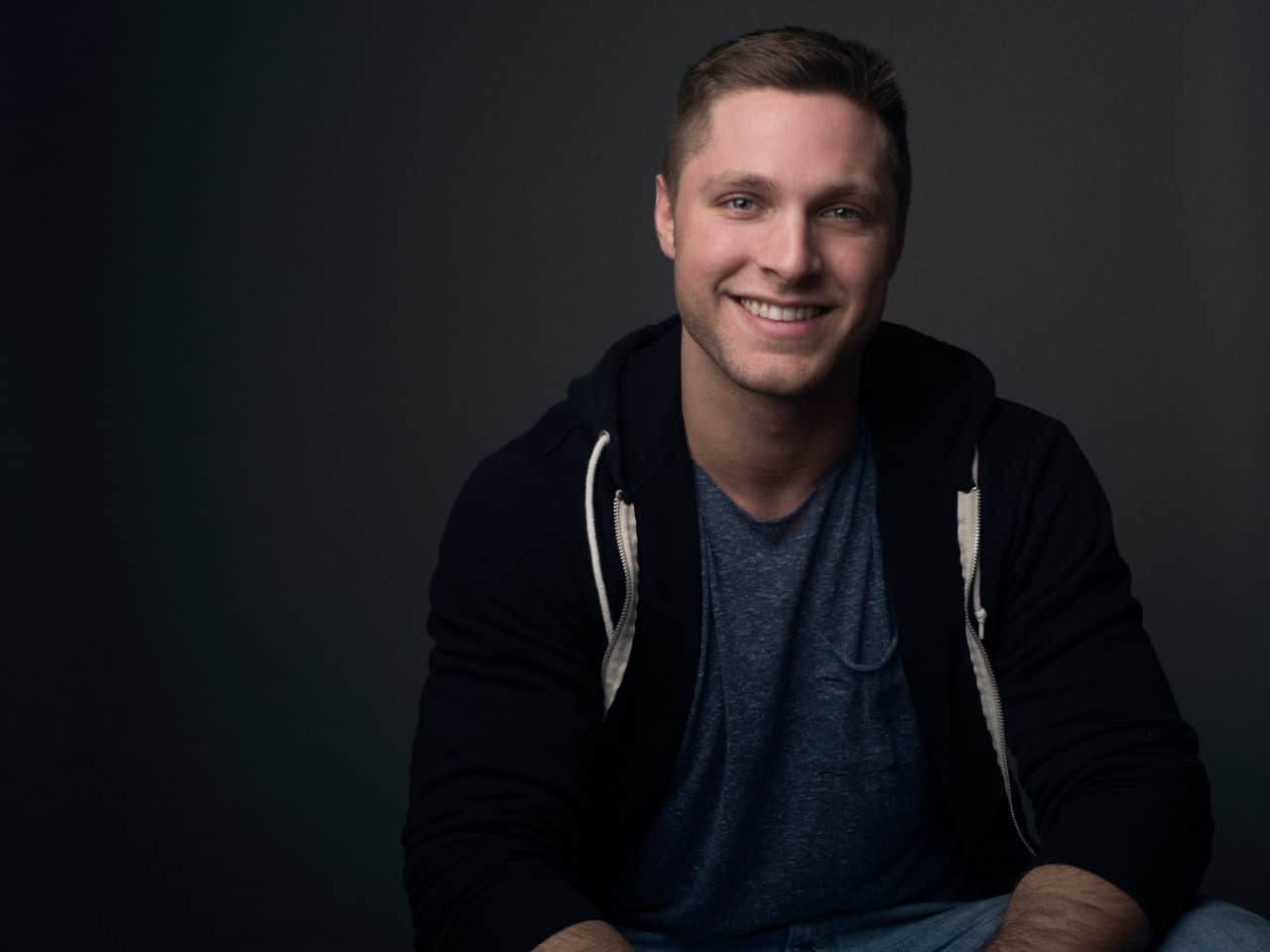 Pursuing projects that speak to both his heart and soul, Brock Yurich relishes his roles that allow him the opportunity to represent the LBGT community and his roles in Tyler Perry’s drama THE HAVES AND THE HAVE NOTS, the HBO drama SUCCESSION and his new film “Test” all exemplify that passion. In an exclusive interview, Brock talks about his experience working on THE HAVES AND THE HAVE NOTS and previews his latest passion project “Test” and what is has meant personally for him to bring that story to screen.

What is the appeal for you in portraying Madison and working on THE HAVES AND THE HAVE NOTS?
BROCK: It’s a privilege to be playing Madison on THE HAVES AND THE HAVE NOTS. To be able to play an openly gay and proud character for such a large audience is a dream for me. There’s a lot of stereotypes about the LGBT community that I think Madison and the other LBGT characters on the show are kind of disregarding, which is fantastic. I also think Madison is a good role model for the LGBT youth who may be watching. He’s intelligent, helpful, loving, caring. It’s an honor to be able to play him.

What do you most admire about him?
BROCK: I admire Madison’s loyalty. He’s fiercely loyal to those he cares about, but he also won’t hesitate to help someone who may have hurt him in the past. Madison is truly a care-giver.

What is it like working alongside the talented ensemble on THE HAVES AND THE HAVE NOTS?
BROCK: I can’t say enough good things about the cast of THE HAVES AND THE HAVE NOTS. Tyler (Perry) is the best at finding good people with enormous talent and great energy. I truly walk into work excited to see my castmates. They work hard but still find time to laugh and have a great time. Everyone was so welcoming when I first started, and we’ve only become closer as time goes by.

Who do you get to work with most in the series so far and what is that experience like?
BROCK: I work closely with Gavin, who plays Jeffrey. Gavin is extremely professional. I like to observe him on set and kind of learn from him. I also work with Nick Muscarella, who plays Officer Justin. He is one of the funniest guys, and to see him drop into such a serious, complex role is really astounding. Peter Parros is also such a talented actor. And Angela Robinson! That woman is the sweetest woman you’ll ever meet, but when Tyler calls action, she drops into Veronica Mode and TERRIFIES ME! Tyler will call cut and I will start laughing at how scared she makes me! And I laugh because she is the complete opposite in real life. She is so warm and loving. So to work with her and see her transform is just incredible.

Who would you say is the most pivotal character in Madison’s life at this point?
BROCK: I definitely think Jeffrey is my biggest link to the story. If not for him I wouldn’t have gotten involved at all. But Officer Justin and his mother Veronica are definitely two rivals that are very good at manipulating him and me.

Any favorite scenes that you can share from working on the show?
BROCK: There’s a scene I had with Veronica (Angela Robinson) and the things she was saying to me were so shady! Tyler called cut and we burst out laughing at how petty and nasty she was being. The character Madison was pissed at her hurling insults, but Brock the actor was trying not to burst out laughing.

What challenges did you face working on the show and how did you overcome them?
BROCK: One of the challenges on the show was how fast we shoot. A usual set only shoots 5 or 6 pages of script a day. Tyler shoots about 80. It’s so fast paced that we really have to be prepared but once you get the hang of it, it becomes second nature and we fly through the material. It’s like actor bootcamp, and it’s really helped me with my memorization skills and professional demeanor.

Has the show and its characters left an impression on you in your life? If so, in what way?
BROCK: Playing a gay character has made me more aware of other LGBT representation and I hope to continue on this route with my own projects.

As an actor, what has been the one thing you haven taken away from the experience of working on THE HAVES AND THE HAVE NOTS?
BROCK: One thing i’ve taken away from THE HAVES AND THE HAVE NOTS is a sense of gratitude. I’ve learned a lot from Tyler about allowing good things to come to you. I had a really hard time with that before. But I’ve definitely learned that if you truly put out good vibes and love and gratitude it comes right back to you.

You also appeared in the HBO series SUCCESSION as Brex. What did you most appreciate about working on that show?
BROCK: I loved working on SUCCESSION. It was really well received and that made me really happy. Kieran was a great scene partner. He was very professional and very open to different ways to play the scenes. The writing was very smart, and the director was really open to trying new things and great at conveying what he wanted from us as well.

Then what can you share about your new project “Test”? What inspired you to bring that project to screen?
BROCK: “Test” is a feature film that I’ve written loosely based on my experience as a young competitive bodybuilder while I was struggling with my sexuality. We are currently raising funds so that we can begin production in the beginning of 2019. It’s truly my life’s work. This film means so much to me. I want to give an honest portrayal of what bodybuilders go through and the sacrifices they make for their dream. And I also want to touch on issues like drug abuse, body dysmorphia, religious structures, suicide, and family dynamics with LGBT youth. Follow us on instagram! @testthefilm

What has surprised you most about your career so far?
BROCK: What’s surprised me most was my passion for filmmaking. My friend suggested years back that I start writing whatever came to mind. And since then I’ve made two award winning short films and am currently producing my first feature (“Test”). It just never occurred to me that that would be my path, but you have to stay open and truly go with the flow in this business. Listen to your heart and pay attention to the path it wants to take you.

At this stage of your career, what do you think you have learned from the roles and projects you have worked on?
BROCK: At this stage in my career, I’ve learned that being nice is more important than being talented. There’s a lot of great talent out there, but if you don’t know how to be professional and polite, no one will want to work with you. I definitely try to stay humble. Acting and filmmaking is a privilege that not many people get to experience. So of course we have to know our worth, but also realize that we are very lucky to be doing what we’re doing.

Has there been any great advice you have gotten about working as an actor?
BROCK: The best advice I ever received was “write your own material.” My friend and mentor Sean Palmer told me this when I first came to New York. So I kept my eyes and ears open for stories I could tell. And I started working on my own scripts and producing my own films. This has made all the difference. I can write parts for my friends and create diverse roles that I want to see on screen. It gives me more control of my career. And it makes everything else in this line of work so much less devastating. Didn’t book that movie? It’s okay, I’m working on my own.

What advice would you offer to other upcoming and aspiring actors?
BROCK: I would offer the same advice I was given: write your own material. Get your friends together and shoot something on your iPhone. Edit together a short film. We have so much technology at our fingertips and it’s so cheap! Get creative and start writing. Write a role for yourself, showcase yourself in the best light. Also, BE NICE! No one wants to work with an actor who’s rude or entitled. Remember, acting is a privilege.

Do you have any other upcoming projects that you can share that fans should keep an eye out for?
BROCK: My next project is “Test”. It’s a lot of work, not just behind the scenes but in the gym too. I’m playing a competitive bodybuilder so I’ve been working with my coach since March to get ready for the role. My father was a competitive bodybuilder when I was growing up, so I learned about the sport by watching him. So I’m taking all my knowledge and applying it to this project. I want this film to be as authentic as it can possibly be. We will be filming in my hometown of Dover, Ohio, because I want to showcase the beauty of Ohio. You can stay updated with my film “Test” on Instagram: @testthefilm and you can follow my personal page: @brockyurich