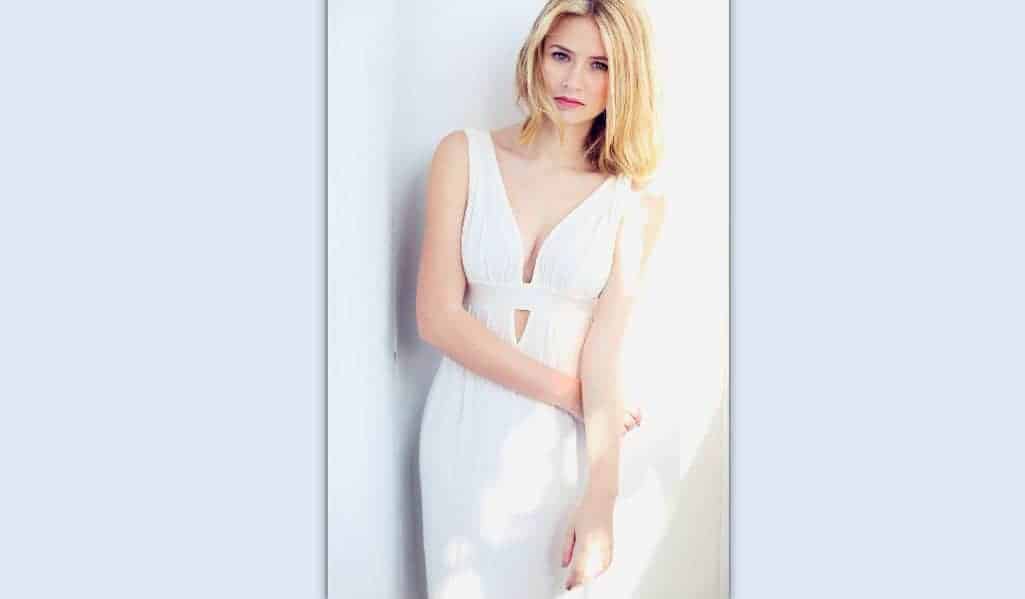 In the new MTV drama series SWEET/VICIOUS, Eliza Bennett stars as a young woman on a crusade to punish those who have wronged young women on a college campus. Her character Jules actually puts on a mask and portrays a modern super heroine and she melts out harsh justice to the men who fall within her sights. In an exclusive interview, Eliza talks about the appeal of this deeply conflicted young woman and her blood-thirsty quest for vengeance.

What drew you to the role of Jules and MTV’s SWEET/VICIOUS?
ELIZA: When I first read the pilot script, I thought that it was unlike anything I had ever read before and I couldn’t compare it to any other show on television that I had seen, which I think is rare nowadays. Jennifer (our creator) had written these female characters who were so powerful and strong whilst still being broken and vulnerable, they felt real and relatable. And the heart of this show is about women empowering other women and I most definitely wanted to be apart of that.

How would you describe your character Jules? What do you most admire about her?
ELIZA: At the core Jules is soft- hearted and fun and she loves her sorority and her friends. But her world is turned upside down when this unspeakable traumatic assault happens to her and she feels changed, damaged and the only way she feels she can deal with it is to channel that trauma into fighting for other women’s injustices on campus. I admire that she cannot stand by and do nothing when she sees what’s happening; even if her actions have severe consequences.

What journey does Jules undertake in this series?
ELIZA: Jules’ arc in the first series is pretty powerful. As we unpack her story, we dig into the fact that her vigilante persona has been acting as a band-aid for Jules’s trauma and her friendship and relationship with Ophelia pushes Jules to deal with it in a way that she has been avoiding. Also Tyler becomes a big part of Jules life and sadly the more they fall for each other, the more secrets Jules keeps.

What was your favorite part about working on the project?
ELIZA: Honestly, it has been the people that I have been lucky enough to work with. Our creative team is all women and this is the first time I have ever experienced that. We are dealing with a sensitive topic and I have never felt more supported and safe than with our creator Jennifer and our showrunner Amanda. I am in awe of what they are doing with this show and I feel so lucky to be a part of it.

What was it like working with Nick Fink and Taylor Dearden?
ELIZA: I lucked out. It was pretty instantaneous the moment Taylor and I met that we were going to be great friends. She is fearless, smart and funny and I do not take for granted how lucky I am to have her as my partner on this journey. Jules and Ophelia’s chemistry really drives the show, so our job ended up being pretty easy on that front. With Nick, I honestly couldn’t ask for a better fake boyfriend, he’s so supportive and we laugh a lot. We all hang out together outside work a lot, it’s the best of times.

For you, what is the appeal of working on a series like SWEET/VICIOUS?
ELIZA: It is always great when you work on a show where you love your character and you love the writing, but with Sweet/Vicious we actually have the opportunity to be a part of an incredibly important conversation and movement right now. If you can do work that you love and yet be projecting a powerful message, I think that’s pretty awesome.

What was the one thing you learned or took away from working on SWEET/VICIOUS?
ELIZA: That when I grow up, I want to be Jennifer Kaytin Robinson.

What do you hope viewers take away from watching SWEET/VICIOUS?
ELIZA: Firstly, we hope people just enjoy it because the show is pretty bad-ass. But if we can help people understand victims trauma better, educate on what consent is or just make survivors feel that they are better represented on television and less alone in their experience, we will be very happy.

Do you think vigilante justice is needed to combat the nationwide epidemic of sexual assault?
ELIZA: No, I don’t think everyone should become a vigilante on campus to take down rapists. That is Jules’ story and the only way she feels she can deal with her trauma but it is not without its consequences. But I do think big steps need to be taken to educate on what consent is and for victims to be listened to and feel supported by law enforcement, their university and their peers.

What should every young woman do to keep herself safe while pursuing higher education?
ELIZA: It is so sad that as women we are taught how to avoid being assaulted when we should really focus on teaching boys on what consent is. But if women feel like they need advice on how to protect yourself and feel safe, then I’d suggest visiting RAINN.org, they are an amazing anti-sexual violence organization.

At this stage of your career, what do you think you have learned from the amazing variety of roles and projects you have worked on?
ELIZA: I guess I have a seen a little of how fickle the industry can be and that ‘success’ comes and goes so just make sure that your identity and values aren’t rooted in the success of your work.

Then what are the perks of where you are in your career right now?
ELIZA: I think the biggest perk is just that I am making a living out of something that I absolutely love. I wake up excited to go to work every day and I hope I never take that for granted.

Has there been any great advice you have gotten? What advice would you offer to other upcoming and aspiring actors?
ELIZA: Someone once told me that casting directors want you to walk in and do a good job. I don’t think we think about it from their perspective and that of course they would love you to walk into the room and nail the material. They are rooting for you rather than against you. I think that stopped me seeing them as so intimidating and scary.

With a name so closely associated with the Jane Austen heroine Elizabeth Bennett, do you desire to portray a Jane Austen heroine one day? Which one?
ELIZA: Well I think its only fitting that it would have to be Elizabeth Bennett! She is such a great character and so smartly written. It’s funny though because I often get asked about my names similarity to Jane Austen and my parents never made the link themselves until I started being asked in interviews!

What do you aspire to do next?
ELIZA: In the short term, I’m aspiring to go home, eat lots of food and spend some quality with my family over Christmas! But work wise, now SWEET/VICIOUS is airing I’m auditioning again so hopefully we will get picked up for Season 2 and I can fit something in between.

To see where the wrath of Jules’ takes her, be sure to tune in for the premiere of SWEET/VICIOUS on Tuesday, November 15th at 10:00 p.m. on MTV.