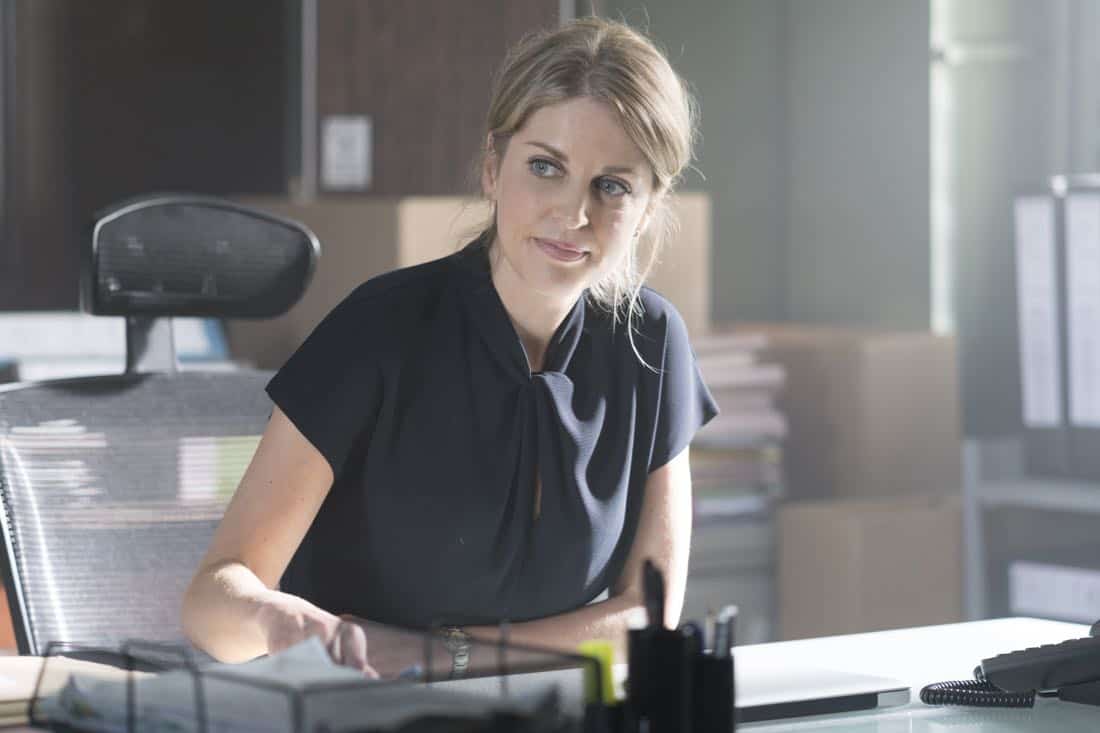 In the British television series STRIKING OUT, a young female solicitor’s world is turned upside down when she finds her fiancé cheated on her with a professional rival. Simultaneously walking away from her broken relationship and the law firm that they both worked at and taking a stand against the lies and manipulations, Tara sets up her own law practice and fights for her new clients zealously while she re-asserts control over her career and her life. In Season 1, as a result of striking out on her own, Tara’s clients and their awkward legal predicaments kept her quite busy; and Season 2 revisits Tara’s chaotic world both in and out of court. While at this past Winter Television Critics Association Tour, in an exclusive interview, Amy Huberman give a quick preview into what is coming for Tara when the show returns on Acorn TV.

After portraying Tara for two amazing seasons, what do you find that you still admire about her, especially since Tara has had her life ripped away and it has changed so much?
AMY: I remember when I read episode one of Series 1, I was like, “How am I gonna act this?” Because if that was me in that situation, I’d just go home and cry for 48 hours and kind of indulge in the pain of it. But I remember talking to the producers and I asked, “How can I display her pain, yet still go into court, and see him, and do all that?” It was like: she has no time to recover. She has no time to pick herself up and literally go straight into court. So I was like, “Oh my God, is that realistic?” And then you kind of go, “Well okay, yeah. She doesn’t have another choice.” So in that way, I admire that she is so formidable and that she has such a professional. I guess I admire the armor around her that she protects herself with. Or maybe it’s a comfort. Maybe it’s like, “I can disappear into this world, and I know what I do. And I know the way to perform. It means that I can not exist in the real world. I can suspend that for awhile, cause that’s frightening.” So, in a way, I get it. I also admire that she kind of stands up to her parents. Everyone expects because she’s privileged that everything is gonna work out smoothly for her. But when the chips are done, she didn’t accept it. She did it all by herself. So I admire that about her as well. She’s kind. She’s empathetic — even though she has to be tough with it. I guess you have to be. You have to be. But I think she’s inherently a good person and I think that she does have empathy even though she probably should have less than she does, because she needs to have this professional side. I admire that.

What do you think that you have learned from portraying Tara?
AMY: I think you’re never done learning. Ever, ever, ever. Because your life situations change and every job is different. And I just love being on a set. I love working with new people. I love working with new actors. I love learning from them. I love being a part of an ensemble, because I write as well — which is a very solitary thing — so I just love being on a set, because it’s busy and it’s chaos. And the crew works a lot. The crew are always the people who work the hardest! And they never get any of the credit! They do get some of the credit, but they’re never front and center. But we’d be lost — I’d be lost — without them. They are such a support on the days that are busy, and long, and emotional, and you’re kind of on the side of a cliff. So you grow as a person; you grow as an actress. There are no two series that are the same; no two episodes are the same. So I feel really lucky to be doing this job and I feel really lucky to be doing what I love.

What would you like to tease about Season 2?
AMY: Ooh, Season 2! Season 2 is longer. We’ve got more episodes. We’ve got a fantastic cast joining our core group. Brilliant actress Maria Doyle Kennedy joins us. I think that’s added depth of range to our show. And we’re lucky to have them. What else? More drama! More “will they-won’t they”! Tara has maybe another little love interest going on. So there’s all of that. But, yeah, more mayhem, mystery, drama and intrigue. [Laughs] It’s all of that!

To see what mystery tangles Tara and what romantic prospects arise in the midst, be sure to tune in for the Season 2 premiere on Friday, March 16th available online on Acorn TV. To get behind the scenes scoop on the show, be sure to follow on Twitter @AcornTV. Then to follow Amy’s adventures online, you can follow her on Twitter @AmyHuberman and Instagram: @Amy_Huberman.