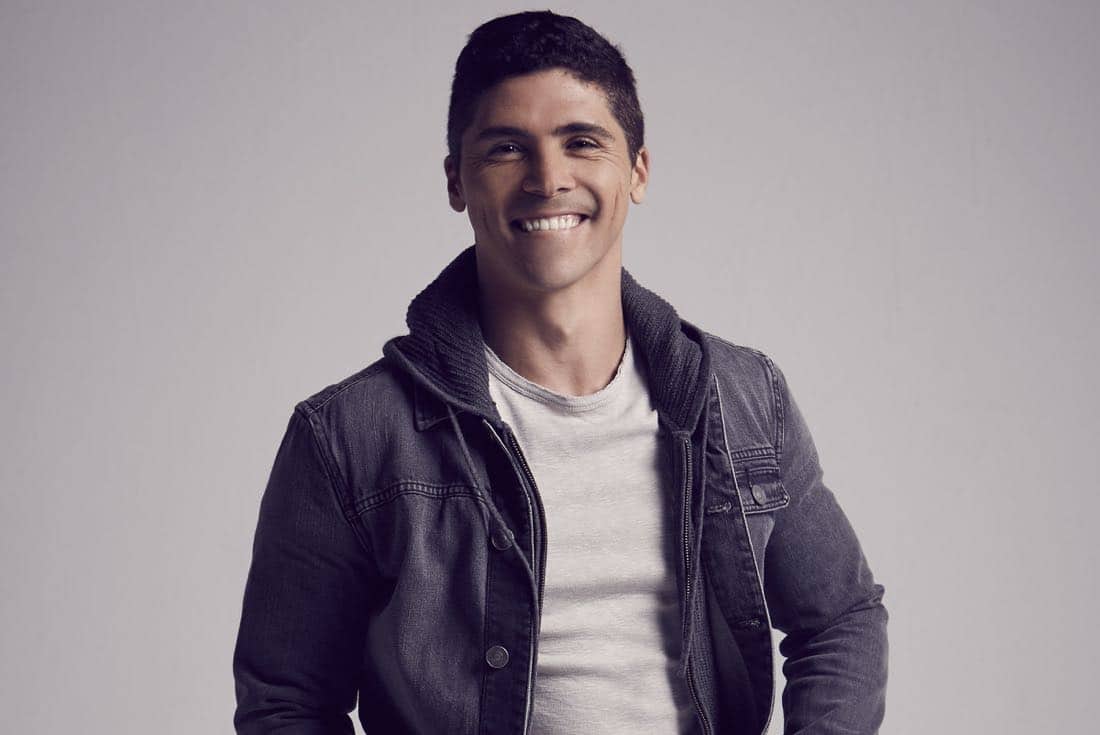 In the FX drama series SNOWFALL, the collision of fates for the drug cartels and crime families living in Los Angeles during the rise of popularity and epidemic of crack cocaine is mesmerizing. For Filipe Valle Costa, it is more than just a story, it is an opportunity to portray a driven young man caught up in the events that spiraled out of control during that time period. In an exclusive interview, Filipe talks about the appeal of his character Pedro and how amazing his own career has become with this opportunity.

What initially appealed to you about the role of Pedro Nava and working on FX’s SNOWFALL?
FILIPE: It was the writing that attracted me first. I remember how smoothly I was able to navigate my auditions. Everything about what was on the page felt specific and economical, and at the same time, it was pure fun. I was fascinated by the story, first, because I could not fully tell who Pedro was, and second, because I knew very little about this period in history. That’s a perfect place to be as an actor, the curiosity was really helpful. I could also feel, just from the pilot, that the show was attempting to go beyond stereotypes. The story being told from many different perspectives allows us to see the full humanity in a period as iconic as the crack cocaine epidemic in the eighties in Los Angeles.

How would you describe who Pedro is and his arc in this season of the show?
FILIPE: Pedro is the heir apparent of the Navas, one of the Mexican crime families that sells marijuana throughout Los Angeles. On the surface, Pedro is the bravado-filled, traditionally cocky and entitled young man. But as the story unravels, we begin to see Pedro’s ambiguity and vulnerability. I loved exploring what was underneath; his insecurities, ambitions and ultimately questionable actions, are all rooted in his relationship with his dad. He does everything he can to feel loved, to prove himself, to belong. But the tragedy is that he can never meet his dad’s expectations. The idea of failure begins to haunt him and he ends up compensating… perhaps in all the wrong ways.

What do you most admire and/or like about him?
FILIPE: I love the fact that when push comes to shove he puts family first. I do that too, and that was definitely one of my main ways into the character.

What is it like working alongside such a talented ensemble on SNOWFALL?
FILIPE: It was everything to me. I learned so much from them. This was my first opportunity as a series regular so everything felt new to me. Emily, Sergio and José really took the time to “hold my hand” and show me the way. I felt less overwhelmed and more centered because of their willingness to share their experience with me. They helped me see what is worth sweating and what is not. They “demanded” my presence with their presence. Their work ethic, their ease, their warmth, it all meant so much.

Any favorite scenes that you got to work on?
FILIPE: All of them. I loved every second of working on this show. It feels impossible and unfair to pick one.

What has been the one thing you as an actor have taken away from working on SNOWFALL?
FILIPE: That it’s okay to feel scared. It’s just about getting out of your own way and using it in the work because human stories come with fear, tension, and anxiety. I think excellence comes with embracing that fear, embracing the unknown and realizing that the story will always need that. And Snowfall is definitely a story that demands that. There is not a single character who is riding this world completely unafraid. That would be quite a boring journey to go on.

What do you hope viewers to take away from watching SNOWFALL?
FILIPE: I hope they realize that the show is just as much about family and connection as it is about the crack cocaine epidemic. These characters are not in any way aware that they are partially responsible for this huge shift in society. They are simply doing what they have to do to prove themselves, provide for their families, and achieve their own versions of the American Dream.

What is the biggest challenge working on SNOWFALL so far?
FILIPE: Not knowing what was coming next. When we were filming this season, I was learning about my character each time I got my script for the next episode. And because this is an original story, it was hard to anticipate Pedro’s next move, and what the consequences might be for his actions. In truth, this ended being a great gift because I was able to focus on the moment and not play ahead.

What is the biggest surprise working on SNOWFALL?
FILIPE: I could not believe how many times they fed us!

What has surprised you most about your career to date?
FILIPE: Everything has been a surprise really. That is one of the reasons I chose this career, this life. Everything is so uncertain, it’s impossible to feel bored. Every step of the way is a surprise, good or bad. Yes, it can be draining sometimes but it is also such a thrilling ride. I wouldn’t have it any other way.

At this stage of your career, what do you think you have learned from the amazing variety of roles and projects you have worked on?
FILIPE: The biggest lesson has been to stop waiting for external answers to the ride I am on. I am beginning to trust that only my innermost feelings, in my quiet hours, can be helpful in order for the work to soar. This is not to say that I am not interested in what others have to say or think, but the truth is that focusing too much on what you can’t control can damage the sacredness of the work. Specifically, I want to tell stories that defy stereotypes. I realized that for a while I was subconsciously putting myself in a box. I am an immigrant and have spent a great deal of my life in the US having to ask for permission. It’s been thirteen years here now and I am ready to take ownership of it all.

Then what are the perks of where you are in your career right now?
FILIPE: Time. I haven’t needed a “day job” in a while and that helps. I have been able to put so much more quality time into the things I really want to do.

If there were one role you would like to revisit, which would it be and why? And do any of your characters and the situations they find themselves in ever leave a lasting impression on you?
FILIPE: I run the danger of sounding pretentious here but I would like to revisit every role I have ever played. This is not out of a need to go back and perfect those roles but instead out of a deep curiosity. They have all contributed to who I am and because of that they still linger in my conscience. This is, I think, the true beauty of this job. Ever since we have wrapped back in February, I haven’t really been able to stop thinking about Pedro. It’s our responsibility, I think, to care deeply for our characters so we can honor the story and its intention.

Has there been any great advice you have gotten? What advice would you offer to other upcoming and aspiring actors?
FILIPE: The actor who plays my father on SNOWFALL, José, has become a dear friend of mine and such a huge inspiration in my life. He has been in the game for a long time and because of his experience he has been able to provide me with such great advice on every step of the way. When you arrive at a project of this dimension, a lot of other factors come in play. It can get overwhelming. He said something that really stuck with me: to take it slowly, be gentle with yourself and remember to find the ease in the work. “Hands on the wheel. Eyes forward. Focus.”

Do you have any other upcoming projects that you can share that fans should keep an eye out for?
FILIPE: Three years ago, I started a theatre company called Saudade Theatre. Our mission is to celebrate the Portuguese voice and experience in the US. We are the first Portuguese Theatre Company in the U.S. and we have a production coming up soon. It runs in NYC August 31 – September 10. The play is called “The Constitution” and it is the story of four actors who are called to write a new constitution during troublesome political times. The actors are locked away by the government and are given six days to finish it. I will be producing it as well as acting in it.

To see how Pedro manages to survive as the cocaine wars escalate, be sure to tune in for all new episodes of SNOWFALL on Wednesday nights at 10:00 p.m. on FX. Then to see what else Felipe is up to in his blossoming career, you can follow him on Twitter at: @FilipeVCosta