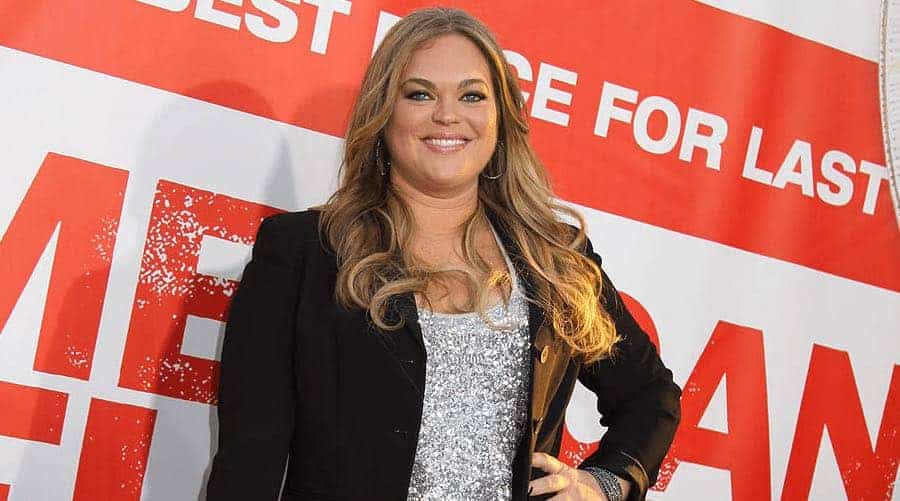 Life as a Hollywood actor is a test of tenacity and a stoke of good luck, which when combined with natural talent can lead to amazing opportunities. For Rebecca Field, this has culminated in her memorable role in the film A STAR IS BORN and as a recent addition to the Showtime drama series SHAMELESS. In an exclusive interview, Rebecca shares a bit about her new role as Eliza and a bit of the lessons she has gleamed as an actor.

What was the initial appeal for you about the role of Eliza and working on Showtime’s SHAMELESS?
REBECCA: I mean…everything. I LOVE this show, have been a fan for years, so I was very excited to get an opportunity to be a part of it.

How would you describe who your character Eliza is in the series?
REBECCA: She is a new assistant manager at Patsy’s Pie’s and she befriends Fiona….that’s really all I can say.

What is it like working alongside such a talented ensemble on SHAMELESS?
REBECCA: It was a dream come true! I think Emmy Rossum is one of this generations most talented actresses and I feel so grateful to have gotten to play along side her. I learned from her and had a great time with the cast and crew in general. Very lovely group!

How would you describe the dynamic between Eliza and the Gallaghers?
REBECCA: Familiar. They know me now and we all recognize that something is up with their sister.

What do you think you have learned from working on the show?
REBECCA: I am always prepared, but this show really challenges you to be more on your toes than anything I have ever worked on. It’s a “no sides” on set rule, so you have to know your stuff so well, on it’s feet, ready to just play. Also, this show more than any other gave me the confidence to go for it. They try different stuff all the time. It’s so great!

The SHAMELESS series undertakes really intense and sometimes crazy interactions. What has really blown your mind about the show?
REBECCA: I think the way they tackle the most dark and crazy scenarios with such humanity and sometimes hilarity. They have a way of connecting to the audience no matter what the crazy, unbelievable circumstance. You can always find a Gallagher to relate to even if you’ve never been that down and out, you feel for them and know where they are coming from somehow.

What challenges have you had to work with on the show, such as extreme weather, big stunts, or something that seemed impossible, yet the show pulled it off?
REBECCA: Nothing too outlandish happened in my time there, thankfully. But I will say, this is a 9 seasons deep, VERY well oiled machine. The cast and crew are the ultimate professionals and there is nothing they can’t overcome. They did get me to the premiere of “A Star is Born” in time and I didn’t think there was anyway we would finish up our work so I could make it there but…somehow they did. I am eternally grateful!

What are the challenges of portraying a character who is new to the SHAMELESS story?
REBECCA: I think whenever you come into a world that’s been living for so long you want to have a place at the table and hope your character is liked or maybe more important, necessary to the story telling for awhile.

What has surprised you about working on the show so far?
REBECCA: Just how awesome it is! That’s it. I love this show and still can’t believe I got to be a part of it.

What has been the best part about the experience of working on SHAMELESS?
REBECCA: Emmy Rossum. She made it safe and comfortable and I learned a lot watching her and working with her. She is one lovely person.

You also recently appeared in the film “A Star Is Born.” What can you share about that role and the experience of working on the film?
REBECCA: I play Bradley Cooper’s characters personal assistant. It was probably the best thing that’s happened to me to date. I loved working in the A-list actor world and hope to do more of it! They were all so kind and down to earth and we were all in it together.

At this stage of your career, what do you think you have learned from the roles and projects you have worked on?
REBECCA: Not to be afraid to try things once you’re on set. I still struggle with that, especially when you are a guest on a show or a smaller role in a movie.

What has surprised you most about your career so far?
REBECCA: That I have been a series regular on television twice. I know so many wonderful actors and friends that haven’t even had that opportunity yet, so it is not lost on me everyday how lucky I am when I get to work. Also the amazing people i have been so blessed to work with. I mean, Bradley Cooper??!!!! Joaquin Phoenix?!?! WHAT?????!!!!! Dreams really do come true!

Then what are the perks of where you are in your career right now?
REBECCA: I think simply that I get to make my living doing what I love. I’m not sure it gets better than that!

What has been your proudest achievement as a working actor at this point in your career?
REBECCA: I have done a lot of cool stuff, but I think I am proudest that I have stuck with it, even in the down times and when the going gets tough, ‘cause it does. There are dry spells and droughts, but I love acting so much and I love that I have never given up on my dreams, even when they are hard for me to keep believing in.

Has there been any great advice you have gotten about working as an actor?
REBECCA: Be prepared, listen, do your work so you can just be a real person when the cameras start rolling. Be kind.

What advice would you offer to other upcoming and aspiring actors?
REBECCA: I think the same advice I have been given: be prepared, listen, do your work so you can just be a real person when the cameras start rolling. Be kind. Oh, and believe in yourself.

At a time when women’s voices are rising to be heard and respected around the country and world, what do you recommend your fans do to lend support in that endeavor?
REBECCA: I would say to just stand up to injustices when you see something, say something. Don’t let anyone minimize you ever! Shine brightly and you will do the world good. We all need to know our value and then there’s nothing we can’t accomplish!

Do you have any other upcoming projects that you can share that fans should keep an eye out for?
REBECCA: Not yet, but I have had so much fun this past year 1/2 working I really can’t wait to see what’s next!!!

Rebecca Field interview re “A Star Is Born”:

Behind-the-Scenes on Return of SHAMELESS for Season 9: