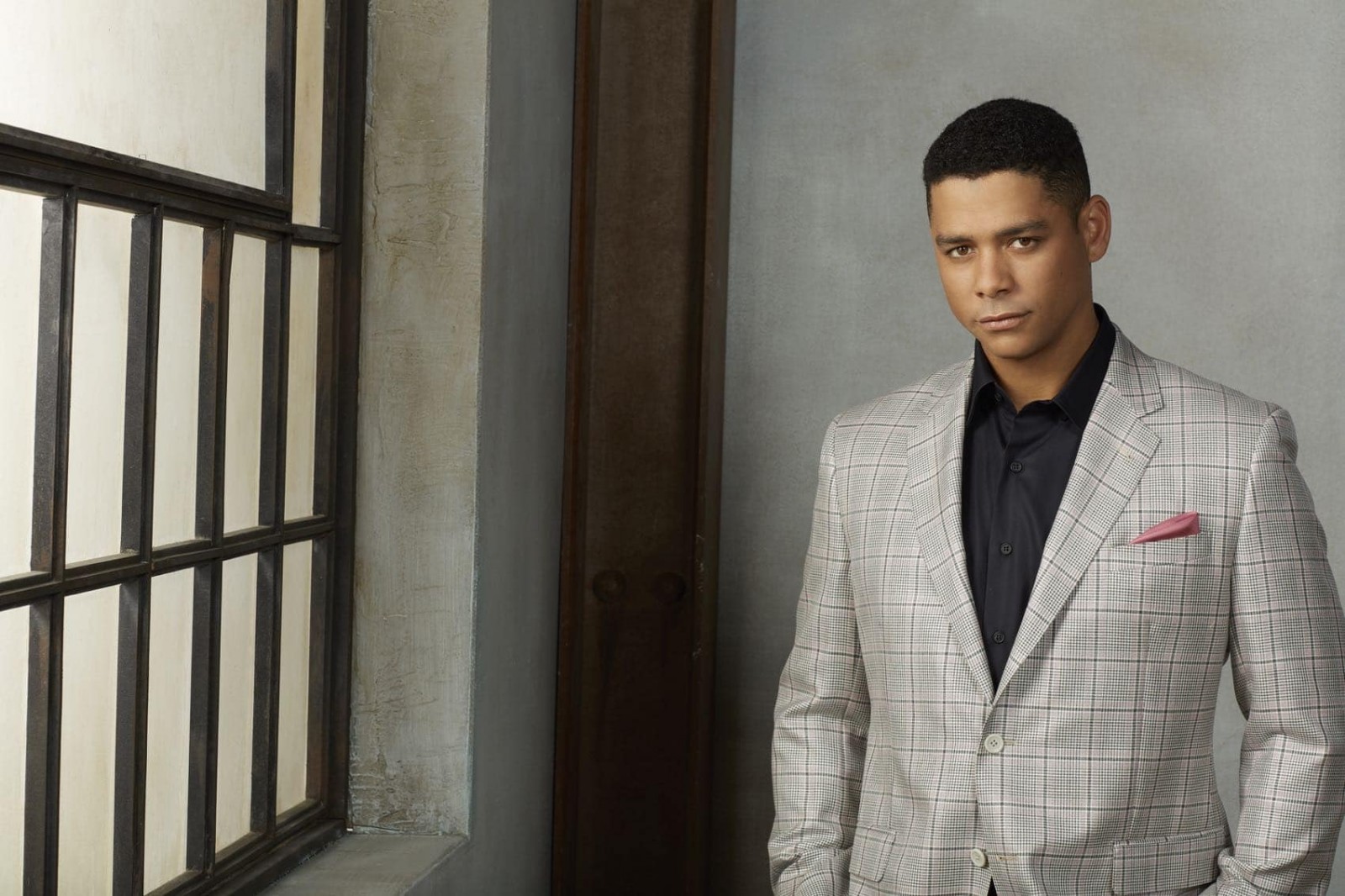 As ABC’s drama series SECRETS AND LIES returns for Season 2, a new murder mystery ensnares the Warner family and Detective Cornell (Juliette Lewis) is back to ensure another murderer does not escape justice. Helmed by Terry O’Quinn portraying the patriarch with a loving, but firm grip on his family, the Warners are not keen on having an outsider looking into their personal affairs or their professional lives. After all, they all have secrets — and they are willing to lie a bit to protect them. In an exclusive interview, star Charlie Barnett talks about portraying the Warner family “black sheep” and what he loved about working on SECRETS AND LIES.

What drew you to the role of Patrick Warner and SECRETS AND LIES?
CHARLIE: I’ve always been drawn to characters and projects that explore the impulsive reactions of people when faced with tragedy or change. The variety and layers of emotions people endure, and the test of human spirit. To me its the ultimate story of a hero falling from grace, or a villain growing a heart of gold. The fun part for the audience, and specifically with SECRETS AND LIES, is being able to watch start to finish that demise or ascent. Patrick Warner and almost all the characters in this season experience that rise and fall. Barbie Kilgman, the creator, and the entire creative staff sold me from the start by creating this twisted emotional environment with a family of characters being forced to react during a life altering event. I gotta add though… I was also drawn in by the fact that no one, cast or crew, would know who really “DONE IT” till the final script release. Working in this business you often times don’t know what you will be walking into because of creative changes, delays… anything! I think because the creative staff had to be so specific at drawing a through line and developing each characters journey while still keeping us in complete dark became like playing a game of Clue or Mafia behind the scenes. Every week someone else was being called out for some shady stuff we just discovered.

How would you describe Patrick Warner? Who is he and how does he fit into the second season of SECRETS AND LIES?
CHARLIE: Patrick is the baby of the Warner family. He’s a bit of an alcoholic playboy screw up. He definitely stands out as the black sheep of the family. Although he may have a convoluted way of doing things he truly desires to be a respected and committed part of the family. But it is really difficult to live up the the Warner standard.

What is his initial impression of Detective Cornell?
CHARLIE: Blurry… I was fairly wasted at the time, and lost in the nights event. Definitely not impressed with her directness, and can tell off the bat she will be a difficulty for our veiled family.

What is Patrick’s relationship like with the rest of his family? Does he play favorites with any of his relatives?
CHARLIE: As I said before, Patrick is the black sheep of his family. His relationship with is wife definitely creates a large boundary within the family. But overall his past speaks for itself… He yearns for favor from his father and older, perfect brother Eric, but sees his older sister Amanda as an almost mother figure.

What kinds of teasers can you offer about this season of SECRETS AND LIES?
CHARLIE: I already feel like I’ve said too much! Its hard to navigate around answering questions about the show with out giving to much, especially with a story line like this… I mean its literally called SECRETS AND LIES. I’m to afraid ABC legal will have my head. Well, I can tell you the relationship between my steamy beautiful wife, Melanie Warner (AnnaLynne McCord), and I is something to look forward to… if not only anything our bedroom scene…

What was the most fun part about working on the show?
CHARLIE: For me, really on of the funnest parts was walking into work not knowing “WHO DONE IT.” It kept me on my toes, and made betting really interesting! The crew really was incredible as well! Its always a huge blessing and unbelievable fun to work with people you enjoy.

As a person and as an actor, what did you learn from this role?
CHARLIE: I feel like always learn something from working on a character, or piece. And its hard not to accept those lessons both personally and artistically. There was one lesson I didn’t necessarily learn from working on the role, but had the opportunity to evolve and focus on more clearly. Not judging my characters. Its something I’m continually challenged with personally as well. I’m a firm believer in demanding more from ones self, and along with that push comes some inevitable judgment. And I don’t think anyone can say they are completely free of judging another person, or even a stranger from time to time. Because it will happen, I believe its how you manage your next actions that defines you as an artist or human being. If you can’t look deeper past the initial judgment and begin to question it, see where it steams from in you or another, or why its been placed there, you can’t ever begin to understand it. Because of Partrick Warner’s checkered lifestyle and past, its was easy to center on only the negative. I think his family does it as well! I knew if I judged him that sharply I wouldn’t ever have the chance to understand him, and portray his truth. This sounds super yoga teacher crunchy, but I believe when we judge ourselves, another person or even a character without looking deeper into it from either side then communication and compassion dies. Patrick kept me looking deeper.

If you could offer your character some advice, what would you tell Patrick?
CHARLIE: “Be a little more honest with yourself. And its always easier to ask for help then having to dig yourself out of a hole.” [Laughs] I don’t wanna sound like a hypocrite though… I definitely need to take this advice in as well.

What has been some of the best advice you have gotten that you would share with other aspiring actors?
CHARLIE: Be patient, work hard, be honest with yourself and if you cant be find someone who can be honest with you! Test your weaknesses and strengths, and challenge your self as much as you can. Lastly, find something outside of the world/business that is different and special for you. Let it be your mind outlet and reboot muse.

What is the perks of working on a show like SECRETS AND LIES?
CHARLIE: It would have to be working with the cast of actors. I know I’m not alone in having seen and appreciated so much of all of their work. Working with all of them as a coworker was an incredible perk! I also had it in my mind that Patrick Warner was a little more pudgy then I when I was cast… Big ole perk in taking advantage of food and that crafty table for a small time! It ended when Michael Ealy (who plays Eric Warner) called me out on a taco truck lunch break… thanks bro.

Challenges of working on SECRETS AND LIES?
CHARLIE: Not knowing “WHO DONE IT” until the final script was incredibly fun behind the scenes, but it was also challenging at times. The season spans over a 10 episode arch focused on one very guarded and successful family and a horrific event that shakes them all. Because of that the story developed into many specific layers with surprise twists through each door. Attach on shooting schedules and any bumps in the road which is always common to any project, we all had to stay completely aware and clear about our choices.

What other projects have you been working on that you can talk about?
CHARLIE: I have two roles coming out I think fairly soon.. One on MTV’s new show MARY + JANE. And another on CBS’s CODE BLACK. I’m also always trying to educate myself more and more behind the scenes and in development. I would like to at some point start creating.

What for you is the best part of being an actor in today’s world?
CHARLIE: There are always gonna be insane issues with this career, but I think that would come with any insane job you try to push yourself in. I think the best part of being an actor in today’s world is opportunity. I’m not only talking about the literal job growth or creative growth due largely to the growth of streaming television. Or that we as a people have moved forward in social awareness and acceptance and now see …a couple… new and major story lines from characters with different race, gender, sex, and creed. (I still think we have further to go with this). I’m also talking about all the advances in film technology making it possible for artists to do their own work. Its the opportunity to create your own voice, or work. You still gotta work your ass off at building it from there, but at least it possible to do something with your own ideas, talent, and cell phone!

To see which of the Warners is ultimately culpable in the tragic murder right at their doorstep, be sure to tune in for the premiere of SECRETS AND LIES Season 2 on Sunday, September 25th at 9:00 p.m. on ABC. The reveal of the guilty part is sure to keep you gasping and guessing till the very end.