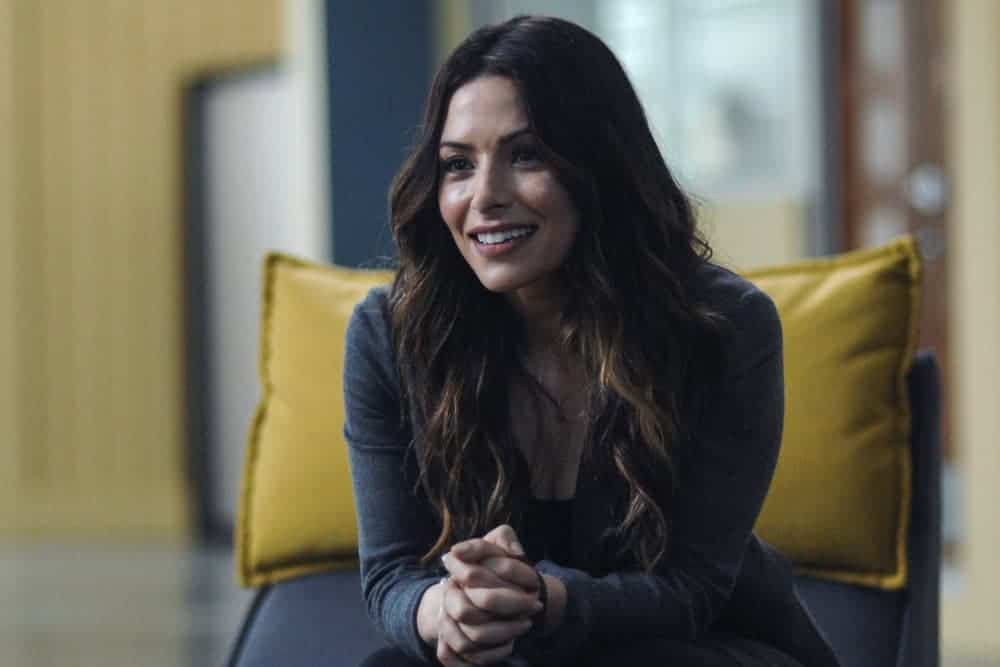 With the prevalence of artificial intelligence right at our fingertips and quickly becoming an accepted part of our lives, the inclusion of virtual reality (VR ) is merging into our daily lives just as rapidly, whether it is for teaching purposes, scoping out vacation spots, or simply sharing in a visual experience that we may not get to experience otherwise.

NBC’s new drama series REVERIE recognizes the seductive appeal of using technology to re-live a precious memory: an engagement, the both of a child, a graduation, a wedding dance. We have used photos and video to capture precious moments, virtual reality is just around the corner in offering an enhanced emotional experience in the VR-world that just about everyone would leap at the opportunity to experience.

REVERIE goes one step further to contemplate the downside of people becoming so enamored or addicted to their VR-experience where they re0live their memories over and over again to the point that they lose track of time and cannot take care of their physical body while lost in their Reverie dreams. In an exclusive interview, Sarah Shahi talks about the appeal of starring in this show about people wanting to revisit their favorite moments and becoming trapped as a result.

You have now starred in two TV shows where there was a strong A.I. (artificial intelligence) presence: PERSON OF INTEREST and REVERIE.
SARAH: [Laughs] That definitely says something about our society these days, I think.

Do you think that we are at that phase already where we are interacting with A.I. every day? Such as, we have devices being commonly used in the home like Siri, Echo, and Alexa. These are all these different types of home A.I. that we’re starting to integrate into our lives. So in a sense, we actually at a point where A.I.s are now an every day part of our lives. It’s no longer just science fiction.
SARAH: Yes. I think so. I mean, I just saw this really interesting documentary on National Geographic called “Year One Million” and it was really about robotics and the technology and how in some universities around the world there are robots that are teaching classes and the future for humans is going to look like some kind of robot/human integration. And that’s scary for me because I’m kind of old fashioned. I’m a true believer in that human connection. If we go too far down this path of technology and we lose that, then where do we go as a civilization? What happens to us? But these are really important things that I feel the show touches on and that different people have brought up. I think it’s important to just stay grounded.

REVERIE, of course, is about a program that allows people to re-enjoy their favorite memory. Is that something you think people today should be allowed to have?
SARAH: Yeah, I do and I actually think the technology is out there. The show is set like 3 years in the future — not necessarily even 40 years in the future. Yes, you can go and sort of create your dream come true, like with these alternate universes. But the danger with that is: it becomes so good that you don’t wanna leave. And much like the show, what then happens to you? What happens to you on this planet? What happens to you in the real world? You start becoming disconnected and, in the sense of the show, you actually die.

People can die in the Reverie program. Does that mean your character can die as well?
SARAH: Yes.

So the stakes are actually pretty high.
SARAH: Yes. And actually, we have a really interesting episode where it’s all about a sort of a domestic terrorism situation. I put a girl, who is in a coma because she was one of the accomplices when the bomb went off in this building, and she’s dying and in order for me to figure out who the killer is, I have to put her in a Reverie, and kind of go back into her mind, into her memories. But because she’s dying, the clock is ticking, so the Reverie is falling apart and if I don’t — and there’s black holes opening up and things are falling on me — and if I don’t get out before she dies, then I’ll be stuck in her sort of her mind forever.

There’s a lot of debate whether these people understand the risks they’re taking on enter the VR world of Reverie. Do you think it’s not clearly explained to people and they’re just trying things because it sounds good and they should take more caution?
SARAH: No, I think it’s explained pretty well. I think it’s set up really well in a sense that this is a technology that the show introduces and it’s meant to do good and everyone understands the conditions of the Reverie — the dangers of it. Even though the show is about when something goes wrong — there are multiple users all over the world that are doing it right. That are going in for a short amount of time and coming back out. So I don’t think they’re getting stuck as a result of the characters not understanding the rules, I think they’re getting stuck because of a personal choice — or in our sense, it was someone who was always running from something that they couldn’t confront in their real life and it is with my help that we get them through that and help them to come out.

Tell me a little bit about your character Mara. Why is she suited to be helping all these people?
SARAH: It’s an interesting question because I feel like this is a character who’s superpower is her heart and is her empathy. She was a former hostage negotiator, so she was really good at reading people and sort of manipulating them into doing what she needed them to do. The show starts off with her losing her niece and her sister and she’s really tormented by that loss and she’s really struggling. Much like myself when I first read the show — my father had died. And the amount of grief I had felt, it was handicapping at times. I just felt like I couldn’t even put one foot in front of the other certain days. But [Mara’s] somebody who in a way, for her to be able to work on her own stuff, she needs to be able to put families together, ‘cause in a way that’s kind of the only way she’s gonna fix herself.

Do you find that hard to play somebody who’s going through so much trauma of her own?
SARAH: Yes and no. Like I said, it was just the timing of everything when I read the show, was really uncanny. My father had just died and I was in this space where I just had this unmeasurable amount of grief and I could no longer relate to that gun-toting assassin that I had played for so long. I was broken and I was very vulnerable and every day was a struggle. And I was also seeing him after he died. I felt like I was having a relationship with him and I would see him in my dreams and I would feel him in a way that I hadn’t in a long time. So I became a big believer that there was more to this world than what our eyes can perceive. Then when I read this character and I read this script, I saw that she was struggling and she was going back and forth between these two worlds. It just felt in a way the stars were really pushing me in this direction. And a lot of people ask me how did I prepare for this role in terms of the hostage negotiating sense of it, well the show’s not really about her being a hostage negotiator. The show is about those human emotions of loss, betrayal, death, love, hurt, anger, resentment. All of those things that we as normal human beings, we experience every day. So for me it was just very important to be able to tap into her emotional journey, which I was kind of very much guided to in my own personal life when the show starts.

Mara also has kind of a team that surrounds her and helps her through this new world of VR. Who are Charlie, Alexis, and Paul and how did they work within what’s going on and with her helping these people?
SARAH: Charlie is Dennis Haysbert. He plays like the COO of the virtual reality company and he was also my former police chief. So he’s bringing me in based on our history. And Dennis Haysbert is just one of the most regal human beings I’ve ever been around. The man could read me the telephone book and I would be mesmerized. Jessica Lu, she plays the inventor of the Reverie program. Sendhil Ramamurthy is the designer, he designs all the dreams. Kathryn Morris, from COLD CASE, she plays, she kind of represents the government in the show and her motives oftentimes grapples between good and bad, and you don’t really know if you wanna like her or you know you wanna hate her. Just as a cast, I just wanna say that we got along so well — it was such an instant family so quickly. And being a minority woman myself, it was so nice to be part of something that was so diverse. It really felt like Hollywood was becoming more and more color-blind.

Is there something else that’s kind of a key to something that might be going on?
SARAH: Yes. In every episode, I sort of have to detect or do a little bit of detective work and go into these people’s social media backgrounds and I have to investigate them and see what’s going on and whether it’s an emblem or a theme or whatever it is that I discover that’s a common thread, that they could be running from and therefor staying in these Reveries.

To see all the amazing worlds and memories that Mara gets to experience and visit as she races to rescue people trapped in their own Reverie VR-worlds, be sure to tune in for the premiere of REVERIE on Wednesday, May 30th at 10:00 p.m. on NBC. To find out more about the show, you can follow it on Twitter @NBCReverie and you can follow @sarahshahi as well for updates as the season continues.

REVERIE From Script To Screen: