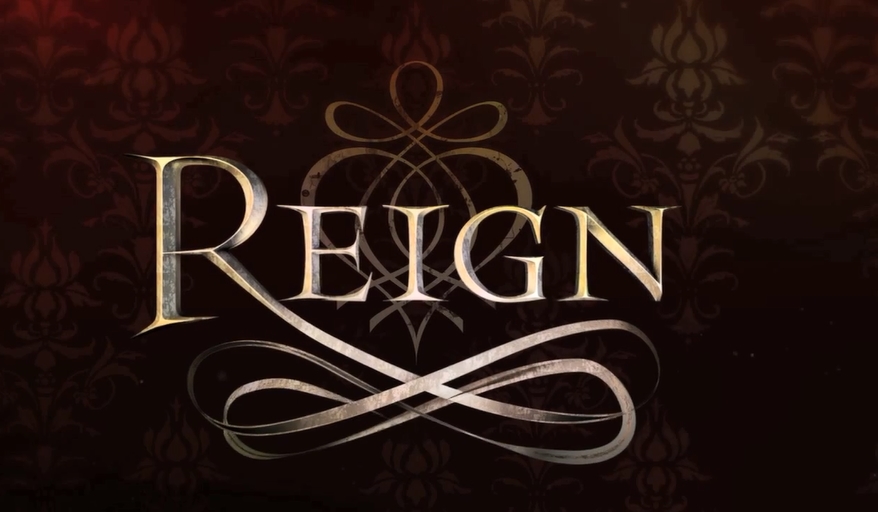 Season 2 of REIGN left the future uncertain for a number of our heroes in the French Court, whether it is knowing if Francis (Toby Regbo) will actually live through another season, if Francis and Mary (Adelaide Kane) can truly repair their tormented marriage, if Bash (Torrance Coombs) can even fathom what the witch Delphine (Alexandra Ordolis) has drug him into, if Kenna (Caitlin Stasey) will find herself a loving and suitable husband, if Leith (Jonathan Keltz) can continue to resist Claude’s (Rose Williams) charms, and just what mischief Queen Catherine (Megan Follows) and Narcisse (Craig Parker) will be stirring up in Season 3.

In order to get a few answers and a teasing preview of what lies ahead in Season, we talked exclusively with executive producer Laurie McCarthy:

Gosh, Season 3 is coming up fast.  You all must be excited!
LAURIE:  It is and I was just up in Toronto visiting the set, in fact.

What would you like to tease about where things are going — particularly with Queen Elizabeth (Rachel Skarsten) in the mix this next season?
LAURIE:  The show has a slightly new shape to it because we are really expanding into the Elizabethan Court. There are new characters and there is going to be a lot of cross-pollination between the courts.

When Season 2 left off, Queen Catherine had gone over to England.  Is she going to be stuck there?
LAURIE: Catherine is going to stay in Elizabeth’s Court for a little bit, but she will return to French Court at some point.  You’ll see our characters moving back and forth between the French Court and the Elizabethan Court.

Will Megan Follows be around for every episode next season then?
LAURIE:  She is definitely around and her story is even bigger this year.  She’s got a lot to do.  She has got a lot to manage — and now that she’s gotten her nose in Elizabeth’s business, she has got even more going on.

What is that relationship like? I can’t imagine there is a budding friendship between Catherine and Elizabeth.
LAURIE:  You know, it’s interesting.  Catherine is really good at guiding people.  She is a good consiliere — particularly to these young women who have not been parented at all.  When you think about it, Elizabeth didn’t have any parents really.  She had a father that she barely knew and a mother that was beheaded.  And Mary was never really parented either, except by Catherine.  So Catherine is very good at kind of insinuating herself with people and making herself wildly useful, and then turning on them when the situation calls for it.

While it is good that Elizabeth has a mother-figure, but now Claude does not have her mother around and I am a little worried about Claude being on her own.
LAURIE:  (Laughs) I love Claude so much.  She will have her mother.  Catherine is going to go back and forth — and Catherine is still going to be a big part of Mary’s life.  Catherine will also play a major role in — well, she’s in everybody’s business — she has a major role in a story that starts to percolate with Claude, who very much doesn’t want to be traded for marriage.  Claude does not feel like she needs to go into the family business.

Gracious!  She must not have been raised right because Catherine would have raised her daughter to understand that, “Of course you are going to be bartered.”
LAURIE:  She did, but Claude is willful.  Claude is really willful.  So Clause is trying to sort of play off her brother’s affections.  She is trying to get Francis to promise to not marry her off.  But ultimately Catherine is going to take control of Claude.  And Catherine is also going to be involved with the Lola (Anna Popplewell) and Narcisse dynamic, as well — and she is also going to have a very unexpected lover this year.

So she might want Narcisse to keep Lola happy and to keep her from straying too far.
LAURIE:  Maybe.  She might.  There’s some fun stuff with Catherine coming up.  There really is.  Megan was in town and we hung out and I pitched her a couple things that were headed her way, and even she was shocked.  She is going to have even more interesting storylines this year.  Some very fun, some very comedic, some very dramatic and some very graphic.  But she’s game.

And what’s up with Lola? It seems like she is the shadow-person waiting in the wings.  It kind of sounds like the show may be exploring a bit more with her and Narcisse.
LAURIE:  Lola will be playing a bigger role this year, both as Mary’s friend and also as Narcisse’s love-interest, and she is also close to Francis.  She’s really woven in.  We have a big canvas and we don’t service characters equally in each episode, but each will have a place where they come to the foreground.

There is also some concern that Sean Teale might be busy with his new series. Any chance he could make an appearance on REIGN this next season?  Will Prince Louis Conde return?
LAURIE:  He could.  I also love Ben Aldridge, who plays Antoine.  Those Bourbon brothers — they are cute and they are alive. So, who knows.

I am kind of amazed that Bash didn’t step in with regard to Antoine and Louis a little sooner because he might have foreseen or had an inkling that they were up to no good and were posing a threat to Francis.
LAURIE:  He would have, but he carries a lot of guilt because he killed one of their brothers.  So I think he understands the grudge that they hold against the Valois line.  He feels they are not bad people, but you need to watch out for them.

What about Kenna and Bash?  Is their relationship completely over?  It felt kind of over the way she left him at the end of last season.
LAURIE:  I think it’s definitely over — and there’s somebody else for each of them.  Particularly for Bash, there’s the character of Delphine who will be returning next season.

I thought he was of the mindset of “good riddance!” after what happened at the end of last season when she jumped off the fiery take and ran off into the woods
LAURIE: (Laughs) She’ll be back.

Then Mary seemed a little bit more fragile after last season; yet it seemed like she found her strength in the end.  Where will her journey take her next season?
LAURIE:  Mary, in particularly has a very personal journey over the beginning of the third season.  We’re looking at Season 3 in sort of chapters, and the beginning is deeply personal for her.  She and Francis are back together and there is the concern that their time is not unlimited.  So they are very committed to one another and really embracing life.  There’s just an extraordinarily sweet love-story for them that is balanced against her commitment to her nation — particularly as we introduce Elizabeth, who is really banging against the door-stop and doing it partly to antagonize Mary.  There is a very personal feud between the two of them and it plays out across thousands of lives. So Mary has a lot on her political plate, but her real focus — in a way that it wasn’t in previous seasons — is to really relish the time she has with Francis.

What about poor Leith?  He seems to have been bounced around like a pinball.
LAURIE: (Laughs) Well, he’s really only now involved with Claude.  So he’s around.  He’s a key part of the castle and he is working with Bash.  They are the defenders of the castle.  But now Leith is assigned to be Claude’s bodyguard and that is what he is going to do for awhile this season.

I’m sure that brings up a lot of comedy!
LAURIE: It does, actually!  They are really cute together.

It kind of sounds like the show is having a little more fun this next season.
LAURIE: It is a lighter season and it is a juicier season.  It is more fun.  It still has all the high stakes and it is still a very heightened show — in that they are royals and their lives are on the line all the time.  But I think we are digging more into the court intrigue and letting some of the black, dark comedy bubble-up with lots of shocking moments — as there always are on REIGN — and it’s sexy.  I’d say it’s a sexier season.  The stories we are choosing to tell around the Elizabethan Court are very sexy and full of intrigue — more so than just politics.

On that final teasing note, fans and viewers are going to definitely want to mark on the calendars the return date of REIGN for Season 3, now airing Friday nights starting October 9th at 8:00 p.m. on the CW.