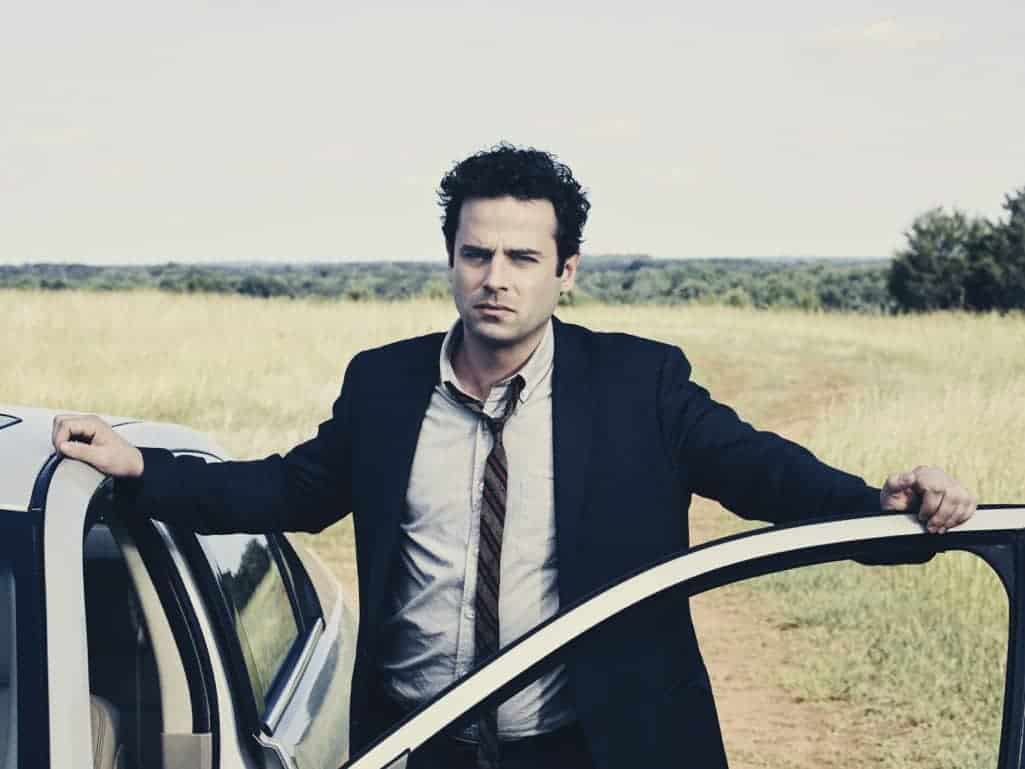 As Sundance Channel’s surprise breakout hit, RECTIFY returns for its fourth and final season. The tale of Daniel Holden (Adwn Young), a young man released from Death’s Row after serving 19 years incarcerated for a crime he may not have committed, RECTIFY examines what his re-entry into his family and community would be like. Seasons 1 through 3 showed the incremental assimilation process over the days, weeks and months following his release and explored how the underlying murder case could lead straight back to Daniel as well turning the spotlight on other suspects previously not considered. Luke Kirby portrays Jon Stern, the attorney working for the Innocence Project that freed Daniel and who dated Daniel’s sister Amantha (Abigail Spencer). In an exclusive interview, Luke talked about the legacy and awakening of both his character and himself as a result of working on RECTIFY.

With the show is now in the fourth and final season, your character Jon Stern has had a very tumultuous journey, as well as Daniel (Aden Young) and Daniel’s family, but it looks like Jon’s now on the cusp of doing something else. Do we get to see that path explored by Jon or are we just getting a hint of that?
LUKE: What Jon does for a living, those that do this kind of work — there aren’t a lot of perks to it in the material world. There isn’t a lot of material perks. There are barely any and they are away from home almost all the time. They’re generally really, really talented lawyers who probably could be making a much better living at a multitude of firms, and yet they choose, in spite of all of that, to do the other thing, which is this abstract idea of freedom and justice.

So it’s the crusade that he is drawn to?
LUKE: I think so. I think it does take a kind of determination and a vigilance. And I think in this season, we sort of see Jon’s conflict with that and him really trying. He’s at the crossroads of whether or not he can do it. I think he feels very dissatisfied, as accomplished as he has been with Daniel, I think he feels like he made some missteps and probably could have done a better job. He’s not exonerated. He’s been banished from home and I think that that’s really haunts Jon.

Even though he got him out of the prison? That’s a huge achievement.
LUKE: Yes. For any lawyer at any firm, the fact that happened was a miracle in and of itself, but I think this season he’s a bit of a man possessed by the shortcomings. And I think partly it has to do with his feelings toward Amanda, but also just the kind of person he is. So I think we’re going to see that.

When we last saw Jon, he seemed a little more confident, but he definitely was at a crossroads.
LUKE: Yes. And I think we see aspects of Jon that are a little more confident just by virtue of what happens when you stop caring — and sometimes that can be a horrible thing and lead to the demise of a person, but it can also grant a person a release from the trappings of anxiety, fear, the unknown — and Jon exists in the both in the RECTIFY world. He’s a fish out of the water. And I think in this we see Jon sort of finding a way – that he’s actually figured out how to make everywhere his water.

It also is interesting because he kind of immersed himself very heavily, not just in Daniel’s life but that family’s life, which actually most attorneys would never do.
LUKE: Well yes, and it actually calls into question his relationship with them. Those are not altogether wise choices.

But because of it, it would be hard to separate himself, even though Daniel has now moved away.
LUKE: Absolutely. And I think he’s felt like he’s a part of the family on some level and he just doesn’t know if it would the right thing be to cut ties or try to fight the fight and maintain ties or just to get out of the business all together.

I could see him writing a book.
LUKE: Yeah. I could too. A good one.

It’s a very powerful story. He could definitely could write a bestseller.
LUKE: It’s true. There are some really good books out of there. I fell in love with Bryan Stevenson this year. He has done incredible work to help people who are on death row and has been very successful at getting a number of people off.

Is that something of the character that is kind of bleeding over into your life and you now find yourself interested in those things?
LUKE: I am moved. I don’t know that I have it in me, but I am moved by people that make the decision to give their life to something. A cause that is so against all odds and could be so easily convoluted by a world that is so political.

We’ve also seen Jon want to be a crusader, in not just exonerating Daniel, but to prove that he was right. I think that’s personal for him, as well.
LUKE: Yes. There’s some ego in there as well. I think that that has to be part of his legacy.

As you look back upon the character, what do you most admire about Jon?
LUKE: These people that do this for a living. These are people with normal lives, who have families, who come from places — who, again, are people who are also very gifted in terms of the dynamic of law — and they choose in a country that is so based in the profit and a world that makes it very hard to live in, if you don’t make profit — that these people choose that other path — it’s an act of selfishness. I think there’s something there. There’s something about that — it just always makes a big impression on me. So if Jon as 50% of that, that’s a trait that I definitely admire.

When did you start to realize that, outside of this show, that it had kind of hit the zeitgeist and it had actually landed with an audience and was making an impression?
LUKE: I think in the first season. I had never been part of something that had received that much adulation and kind of critical role. That’s hard to do and it’s really a nice thing to see, as an artist. I think that it would probably just as satisfying to be part of something that became a big populist hit. [Laughs] I wouldn’t mind that. I think it was within the first season because we just had a sense of it.

It was pretty amazing. It just swelled and people suddenly starting turning in at and loving it.
LUKE: It has been kind of a swell that you can watch as it grows. It didn’t come on like a tidal wave. It’s actually really nice to still see it grow. It’s great. That’s probably a testament to its depth and how substantive the show is.

You also appeared in ABC’s THE ASTRONAUTS WIVES CLUB last year and that was critically well acclaimed. So you’ve had a couple shows kind of back to back that that critics loved.
LUKE: Yes, I have. [Laughs] I didn’t to do that intentionally. Just rolling the dice.

How do you follow up something like this?
LUKE: [Laughs] You throw in the towel. Go back home. Go to Canada.

So you don’t have anything lined up on the horizon quite yet?
LUKE: Nothing lined up. I did a film last summer that’s going to come out in the winter called “A Dog’s Purpose” that Lasse Hallström directed. I think it will be a very moving kind of lovely film.

Are you looking forward to doing more television or more films?
LUKE: I love it all. Anything that sort of allows me to play make-believe for a living has got to be pretty good. We’ll see. It’s a challenging business and it’s full of unknowns and full of neuroses and doubt. Sometimes the magic works. It’s amazing when it does and it only happens if you’re lucky 10% of the time but it somehow seems worth it. Maybe that’s crazy.

What is something you maybe credit back to RECTIFY that you earned from this experience, as an actor?
LUKE: With Jon, just playing this character, I’ve learned so much about the legal profession and that world and that has been very inspiring on some level.

Kind of opened your eyes to another world?
LUKE: I think it just sort of deepened it.

Would you want to play another lawyer?
LUKE: [Laughs] No. It’s very hard. They talk funny. It’s a hard language to learn. It’s weird. And it’s like what and then you find just even in the abstractions of law are so crazy. And the more you get into it the more you’re just like wait, it’s not really about right or wrong. It’s about winning somehow. But I do think that there are people who are really good at that but also have some sort of moral compass where they have figured out a way. The biggest inspiration this year for me was Bryan Stevenson, who’s just been amazing. His work is tireless and inspiring.

To see where the final chapter of RECTIFY leads, be sure to tune in for the Season 4 premiere on Wednesday, October 26th at 10:00 p.m. on the Sundance Channel.