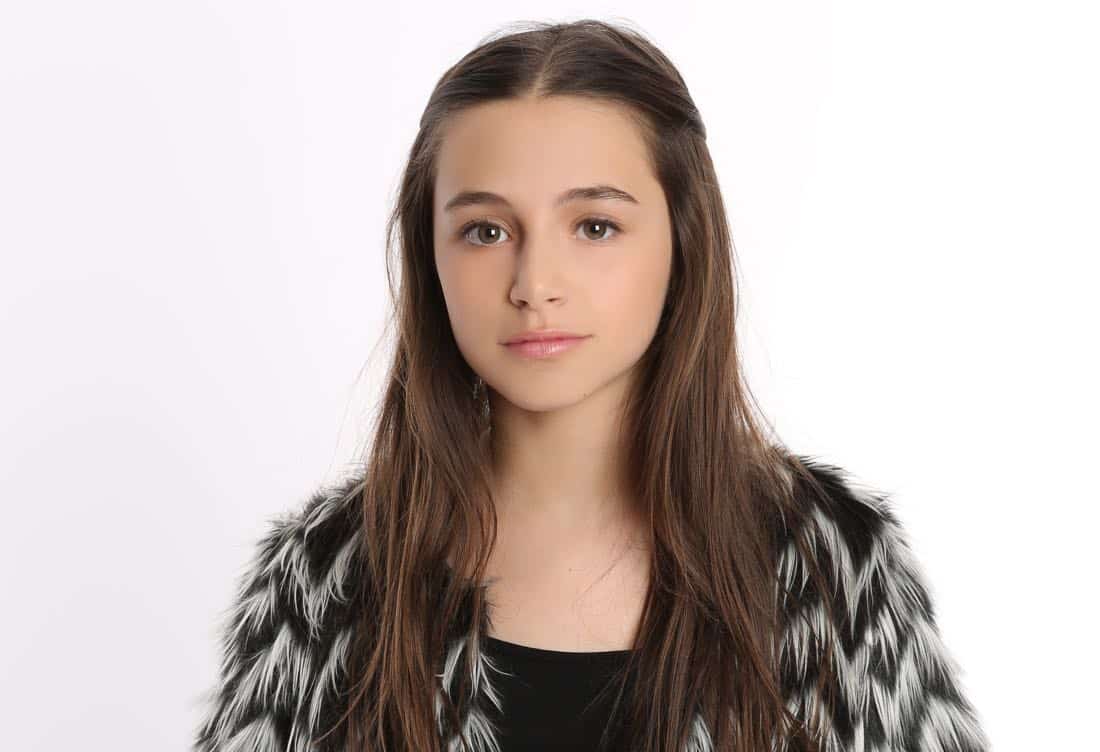 In the Disney Channel comedy series RAVEN’S HOME, Sky Katz’s character Tess gets ensnared in the hilarious life adventures of her neighbor Raven Baxter (Raven-Symone), a divorcee with psychic abilities who is startled to discover her son has inherited the same supernatural gift.   Coming off Season 11 of AMERICA”S GOT TALENT, Sky’s natural musical talent helped her get the attention of both the show and the fans.  In fact, her musical rapping skill is a marvelous sight to behold.  In an an exclusive interview, Sky talks about her role on RAVEN’S HOME and the fun she is having with her career is at right now.What appealed to you about the role of Tess and working on RAVEN’S HOME?SKY:  I was intrigued in playing Tess because we are so similar and, when I read the script, her sarcastic lines made me crack up.How would you describe who Tess is at this point and her arc in this season of the show? SKY:   Tess is a cool girl with an edge, but she’s also very loving.What do you most admire and/or like about Tess?SKY:  Tess stands out from the other characters in RAVEN’S HOME because of her confidence and isn’t afraid of getting into trouble. I also love how funny she is.What is it like working alongside such a talented ensemble, including Raven-Symone, Isaac Ryan Brown, Navia Robinson, Jason Maybaum?  SKY:  Working with the whole cast is a blessing! They all are so talented and I learn something new from them every day.What was your favorite part about working on this project?SKY:  I have so many, but one of my favorite parts is getting to work with my childhood role models. What has been the one thing you as an actor haven taken away from working on RAVEN’S HOME?SKY:  You can never rehearse too much. What do you hope viewers to take away from watching RAVEN’S HOME?SKY:  A lesson I hope viewers take away from the show is that: things don’t have to be perfect to be great.What was the biggest challenge working on RAVEN’S HOME?SKY:  The biggest challenge I face is stopping myself from laughing when we’re working because there are so many funny moments and funny people!What was the biggest surprise working on RAVEN’S HOME?SKY:  The thing that surprised me the most working on RAVEN’S HOME is that there’s so much that happens behind the scenes I never knew before!What are you learning from working on the show?SKY:  I’m learning a lot about acting and timing when we’re on set.What has surprised you most about your career so far?SKY:  I was surprised to see how much of a family Disney truly is.What are the perks of where you are in your career right now?SKY:  Right now, the perks of my career are going to amazing events and meeting so many new and awesome people.Has there been any great advice you have gotten?  What advice would you offer to other upcoming and aspiring actors?SKY:  The best advice I ever received was from my dad who always tells me: “Work hard and don’t give up.”Do you have any other upcoming projects that you can share that fans should keep an eye out for?SKY:  In between filming, I continue to work on new music and I’m so excited to share what I have coming out really soon!To see what further escapades Tess finds herself involved with, be sure to tune in for all new episodes of RAVEN’S HOME on Friday nights at 8:00 p.m. on Disney Channel.  Then to find out what else Sky is up to, you can follow her on Twitter: @skykatzraps and her website: www.skykatzraps.com