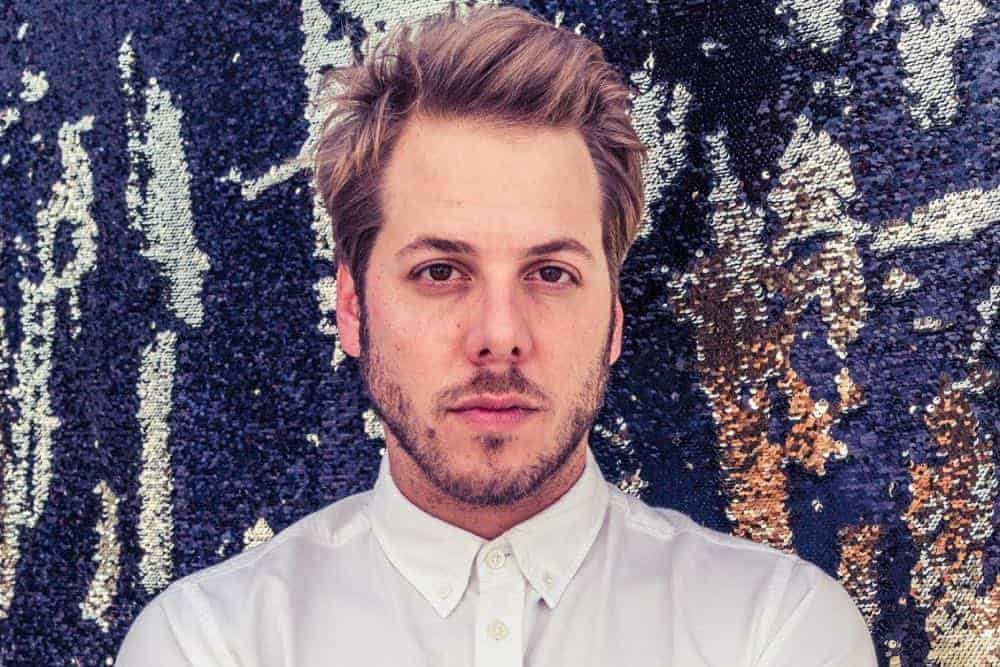 Showcasing his immense musical talents, Jesse Macht’s latest album Race The Tide offers an exquisite sound that is a joy to appreciate. Founded on a career bursting with vision and artistry, Jesse’s work has grown with confidence and nuance. In an exclusive interview, Jesse previews his new musical offering Race The Tide and shares a bit about his current work and charity involvement.

How would you describe your style of music?
JESSE: This question is always a tough one — and while I appreciate the effort, it’s never easy as the author. I guess I’d describe the music as alternative California canyon rock. The influences draw from classics like Tom Petty and Jackson Browne, to today’s Americana visionaries like Ryan Adams, to some contemporary electronic rock n roll outfits like War on Drugs and Tycho.

What inspired you to write your songs for your recently released album Race The Tide, such as “The Enemy,” “New Blood” and “Every Mile”?
JESSE: Each of these songs has a different source of inspiration. In general, this record, RACE THE TIDE deals with a sense of impending change/ doom that is a natural part of living. As I continue in my music career, the expectations of how to survive can be a daunting one. How do I afford to make a new record? Be independent? Do people like the music? Is it only a subjective experience? Do I really care? All of that is wrapped up inside of confidence and insecurity. As an artist, this life has a lot of question and I don’t know how I’m going to make it from day to day or month to month. All the while, there is a calling deep inside me that needs to write and enjoys the process. The feeling of the voice, the rhythm of my body moving with the guitar, and the intellectual fun of completing a puzzle of emotional conversation that is a product of songwriting. The Enemy is a song that deals with recurring dreams of things coming to get me: murderers, killer whales… these manifestations of my dreams are part of that larger point I made earlier about Racing the Tide. New Blood is about that same predicament but with lovers… How do we find new love, feel safe in giving and receiving when knowing that after weeks and months and years, parts of our private lives begin to come into view to our partners and perhaps that will be the thing that dismantles us. Again, that is this sense of the tide changing. Every Mile, however, was the journey into throwing that out the window and writing a love song. I wanted to put on my optimistic hat and create a world that I wished for… this was probably the only departure from that motif I mentioned earlier from the rest of the record. Songs like Rip Tide and Somebody’s Gotta Burn are other examples of Racing the Tide. The last song, DAYENU, was the answer to that fear of the tide changing and deciding on a mantra of acceptance. Dayenu translates to “It Is Enough”. Working through life with that mantra allows me the space to fear, to engage with insecurity, but fall back on the knowing that my freedom, my gift of life is enough, and through serving that mantra, I will find the motivation to create, love, and participate.

Has there been any great advice you have gotten?
JESSE: The only advice for a musician and songwriter that I’ve ever felt was any good is the hardest to hear… “WRITE WRITE WRITE”. Writing is the life force behind the career. There is no touring, no music videos, no interviews, no growth without writing. One can never have enough of a library of songs of which to draw from. It keeps the muscle strong and it is the life force of the emotional clarity that is necessary to be in this business.

Do you have any other upcoming projects that you can share that fans should keep an eye out for?
JESSE: I’m excited to release a record that was completely unreleased called “I WAS BORN.” I will release it this summer/fall. It is an album length where every song bleeds into the other and was something I was too afraid to release a year ago, and now I’m ready to let it get out there and be a part of the river of musical history. I was afraid to release it because it was a record I really made without any thoughts for anyone else on it – and it was a bit of a selfish endeavor — to write music that I enjoyed playing, writing, and thinking about. With that, comes the fear that perhaps it’s not really a digestible piece of work, only something that feels right to me… and that’s not truly why I’m in this… so I was afraid to put it out there, and still have some of that, that said, I worked so hard on it — I’m ready to put it out there anyway and just see what takes.

Are you actively involved with any charities? Which charity do you work with most? And which would like to see your fans become more involved with and support?
JESSE: I’m not specifically a part of any charity but I do try to support the American Cancer Society and the Michael J Fox foundation… My grandmother had Parkinson’s disease and was a very complicated sickness to live with for not only her but my family. To make some steps in the progress of the cure would be a huge benefit to so many families around the world.

What do you recommend your fans get involved with in order to further support musical artists?
JESSE: I think fans who sign on to Patreon for specific artists is one of the best ways. There’s a lot of artists who have subscription based platforms that truly help artists. For me, fans who provide hosting for home concerts is truly the best. It is everything an artist needs: a grassroots fan building experience and a chance to perform… its really what it’s all about for musicians.