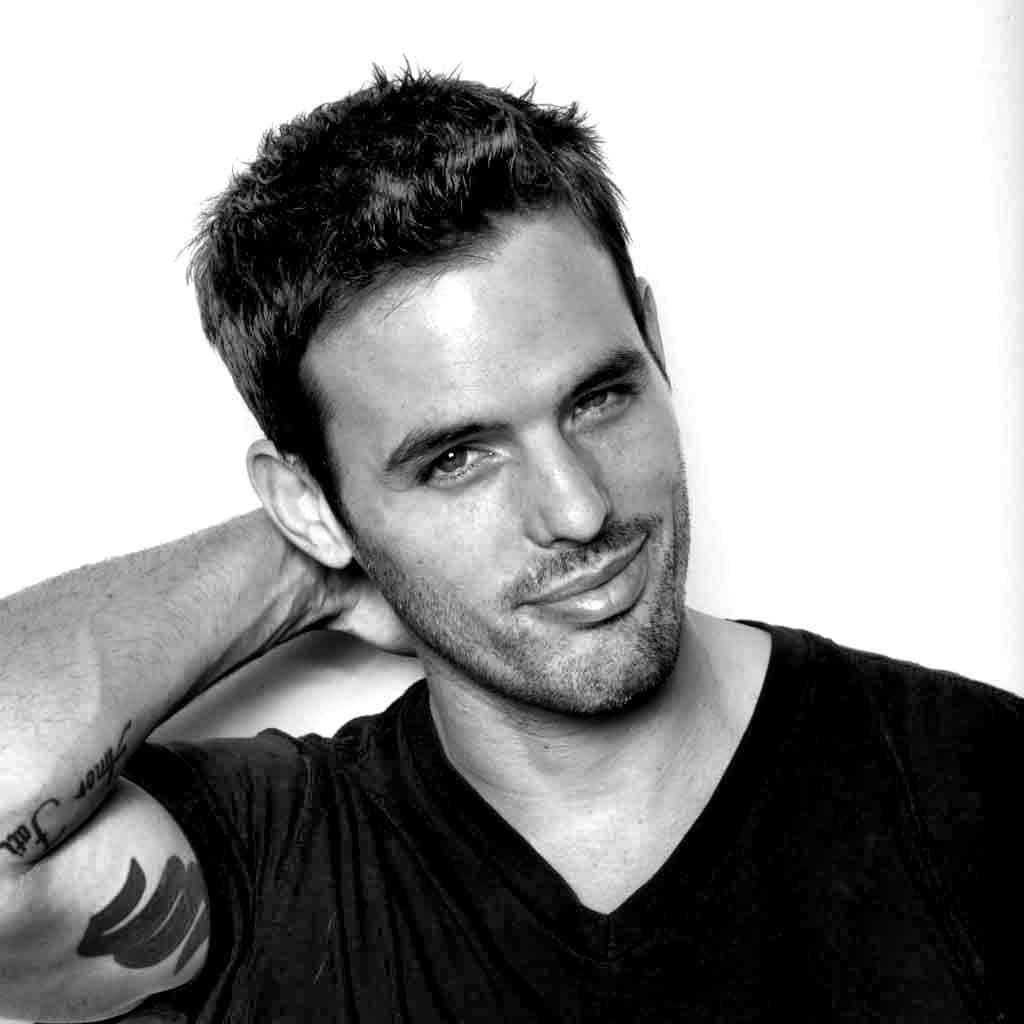 Well-known for his provocative role in the Steven Soderbergh film “The Girlfriend Experience, which then launched the Starz television series of the same name, Chris returns with the premieres of “Perfect” and “Someday” this year. Chris fearlessly tackles intense roles that can blend his natural physicality and mercurial portrayals together. In an exclusive interview, Chris talks about bringing his new roles in “Perfect” and “Someday” to screen.

What was the initial appeal for you about portraying Bruce and working on the film “Perfect”?
CHRIS: Well, before “Perfect” was even conceived, I met the director Eddie Alcazar through mutual friends and we hit it off immediately. We had known of each other’s work and wanted to do something together. When “Perfect” came to be, Eddie asked me what type of character I would like to play. I said something fun and very challenging. That is exactly what he delivered to me with the character STRIPS (Stanford Research Institute Problem Solver) which is a type of “problem-solving A.I.” (artificial intelligence).

How would you describe who Bruce is?
CHRIS: I am not allowed to go too far in-depth about STRIPS. However, I can tell you that he is a pretty intense character.

What do you most admire about him?
CHRIS: His use of language. This answer will make more sense once you see the film.

What was it like working alongside the talented ensemble on “Perfect”?
CHRIS: WOW, is the answer to that question. Every single person in the cast is so talented and fun to work with. This film required a difficult type of acting and everyone killed it! I am so thankful to have been able to work with this cast.

Any favorite scenes that you can share from working on the film?
CHRIS: I can’t elaborate on that now. However, there is a very cool montage in the film that my character gets to narrate. I really love the way it turned out.

As an actor, what has been the one thing you have taken away from the experience of working on “Perfect”?
CHRIS: STRIPS was the most challenging character I have ever approached, but I was very happy with the outcome.

What did you take away from that acting experience on “The Girlfriend Experience”?
CHRIS: Well, GFE was my first job upon returning to acting so it served more as a trial by fire haha. The biggest take away for me was trusting the director. Steven walked me thought the entire process and made me look good while doing it. I can’t thank him enough.

What do you remember about working on the film “Someday” with Katherine Castro?
CHRIS: I can’t say enough good things about Kat. She is a great human being and wonderfully talented as an actor. We had to learn a very complicated Argentinian tango dance together and she was such a fun person to take on that challenge with.

What did you take away from that acting experience?
CHRIS: I really like interesting characters. In this film, I play a very successful classical composer and conductor. I truly loved spending hours listening to classical music and working on idiosyncratic behaviors specific to conductors. if I really wanted to hear and feel music the way that they do, I had to learn to move like them. I hope that this comes across in the film.

What has surprised you most about your career so far?
CHRIS: All the amazingly talented people I have come to meet, work with, and call my friends.

At this stage of your career, what do you think you have learned from the roles and projects you have worked on?
CHRIS: To simply trust the process.

What are the perks in your career right now?
CHRIS: Going to film festivals for a film I am part of, talking to people about these films for those that care to listen and looking into the future to see what’s next.

Do any of your characters and the situations they find themselves in ever leave a lasting impression on you?
CHRIS: For me, that is a definitive yes. There is a piece of me in all of them, in-exchange, a piece of all of them in me. They imprint on you and that simply never leaves.

Do you find any of your character’s habits manifesting in your own life? Like what?
CHRIS: Hahaha yes, very much! I find myself speaking like STRIPS from “Perfect,” still practicing my dance from “Someday” and moving my hand whenever I hear classical music. I am sure this will subside with time or maybe not and I am fine with it in any case.

Has there been any great advice you have gotten about working as an actor?
CHRIS: I’ve received a ton of great advice. For example, do not leave your career in someone else’s hands. Be proactive.

What advice would you offer to other upcoming and aspiring actors?
CHRIS: Spend your time studying and training. Get out there, meet people, introduce yourself to people and be empowered in your dealings with everyone. Put your talent out there for people to see. If they don’t know you exist, how can they cast you?

Are you actively involved with any charities? Which charity do you work with most? Which would like to see your fans become more involved with and support?
CHRIS: I have been asked this question a lot and it has become a very important one for me to answer. Up until recently, I was spending so much time, effort and energy working. Now that I have a bit more time on my plate, I would like start giving back. I am actively considering charities that speak to my heart and that inspire me. I recently participated in a charity event to raise money for The Children’s Hospital of Los Angeles and I can’t tell you the level of humility and thankfulness I felt being part of it. I look forward to doing a lot more.

Do you have any other upcoming projects that you can share that fans should keep an eye out for?
CHRIS: “Perfect” and “Someday” are the main projects right now. However, the acting world is totally unpredictable. You could be one audition away from everything changing in your career.

To learn more about Chris’ work, you can follow his career at his website: http://www.chrissantos.actor/. Then also be sure to keep watch for the premieres of “Perfect” and “Someday” coming later in 2018. In addition, “Perfect” makes its debut at the Austin, Texas film festival SXSW on Sunday, March 11th.