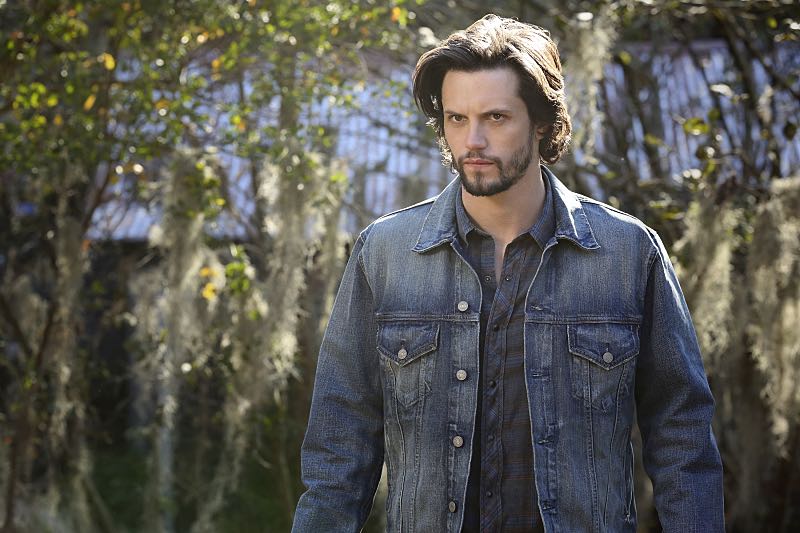 It’s time for a wedding! The long-awaited wedding between Hayley Marshall (Phoebe Tonkin) and Jackson Kenner (Nathan Parsons) has finally arrived in THE ORIGINALS, which will unite the Crescent Wolf Clan by joining the two royal families, including the prized Labonair bloodline through Hayley.

Jackson’s declaration of love just proved that their marriage would be more than just a joining of the clans and guaranteeing freedom and strength for members of their clan, it would be a step towards a marriage born out of love — something Hayley has craved her entire life.  Not to mention, who could resist when Jackson told her: “I loved you before I knew you — and every moment that I spend with you, every single thing that I learn about you, it just makes me love you even more. . . I’ve made a lot of mistakes in my life, Hayley Marshall, and forcing you to love me isn’t going to be one of them.  But I want to marry you, knowing everything that I know, and I hope to hell you’ll marry me.”

Hayley’s heart may not be entirely Jackson’s yet, but knowing how she does not do anything half-way and knowing the conditions of the werewolf contract which demands that she be all in so that her hybrid powers will pass down to the entire clan, there is a good chance that once she says her wedding vows, Hayley will have committed her whole heart to her new mate. It makes for a romantic occasion and one that we fervently hope brings joy and love to both Hayley and Jackson.

In the following exclusive video interview, star Nathan Parsons talked about the fun of filming the Hayley-Jackson wedding — in true New Orleans style with ancient werewolf rituals — and how that changes the entire landscape of the show.

Nathan revealed that Jackson is truly in love with Hayley and he is all in, for better or worse.  Then, as to whether Elijah will continue to be a romantic rival for Hayley, he believes that Jackson is going into the wedding eyes-wide open about that piece of Hayley’s history and hopes it will stay in the past.

Nathan also candidly shared how Jackson really feels about joining the Mikaelson family — the in-laws from hell, who have tried to kill him time and time again and the one Mikaelson who he might trust.  Whereas, on the other hand, surprisingly, Jackson cherishes being a step-dad and protector for Baby Hope.  He then laughingly said that Baby Hope is too adorable to be intimidating, but admitted that they do not know the extent of her special powers yet.  So that is something upcoming that should be cool to explore. Plus, he is looking forward to the enhanced powers that Jackson will have.

Looking back to when he was first cast in the role of Jackson, Nathan had no idea when he was cast that he would become this epic romantic hero on THE ORIGINALS and he’s loved that fun twist.  He also appreciates how honest Jackson has been and, how as a character, Jackson calls it like he sees it.  He does not have an ulterior motives.

Then, as something fun for fans, Nathan also reveals his wedding advice for Jackson and what he sees as the future of Hayley and Jackson, as a blossoming and loving family unit for Baby Hope.

Be sure to tune in on Monday, February 16th to see beautiful and likely, eventful, Hayley-Jackson wedding in the all new episode of THE ORIGINALS, airing at 8:00 p.m. on the CW.  Just what does one get for a bride and groom about to be two of the most powerful werewolves on the planet?