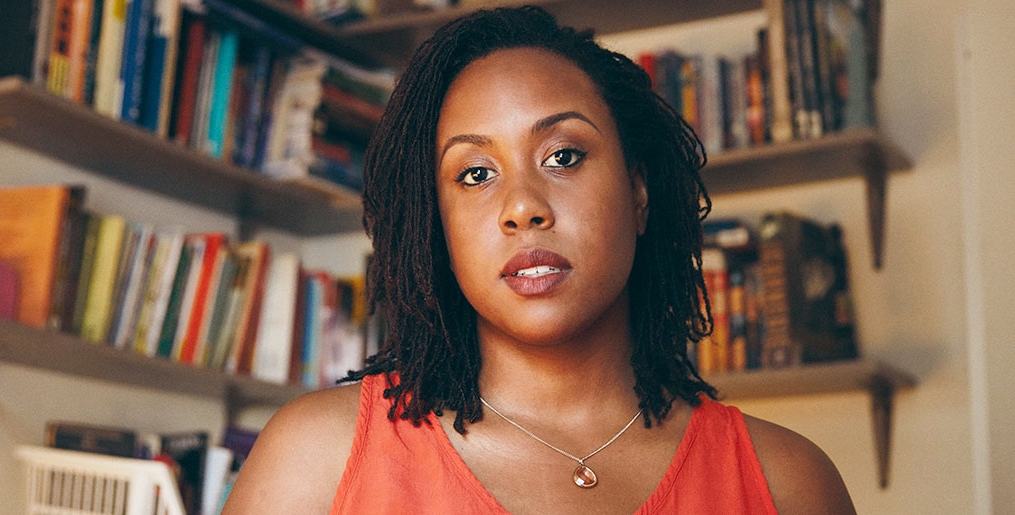 Netflix’s drama series ORANGE IS THE NEW BLACK continues to showcase women from all walks of life and to give them a voice for their beliefs and circumstances. Introduced in Season 4, Amanda Stephen’s portrayal of Alison Abdullah showed that strength not only comes from conviction of beliefs, but also in the power of love for her family. In her first television role, Amanda Stephen is fascinating to watch. She innately reflects the facets of Alison, as women are rarely one thing or what is seen only on the surface. In an exclusive interview, Amanda Stephen shares what it is like portraying a fully formed character in a very complicated world of life behind bars in ORANGE IS THE NEW BLACK and as an actress just starting to see the rewards of tenaciously pursuing her craft and career.

What initially appealed to you about the role of Alison and working on Netflix’s ORANGE IS THE NEW BLACK?
AMANDA: To start, I am a huge fan of OITNB, so naturally I was excited to have the opportunity to be on the show. What appealed to me the most about Alison Abdullah was that I had a lot of freedom to craft her as I saw fit. The breakdown for the role was akin to: African American woman, late 20’s, Muslim, has a sense of humor. That was it! The description showed me that I had full range to shape her (within the few given circumstances) to live in the world of the show, which I find liberating and challenging.

How would you describe who Alison is and her arc in this season of the show?
AMANDA: Alison, like so many moms, is overworked and is trying to make her hectic life work. Beyond that, Alison stands for justice, fairness and allowing everyone to have the opportunity to have their say this season. I believe she didn’t always hold those values dear, at least not for everyone, but through past experiences she has developed a deep respect for them. She starts off as trying to do her time as painlessly as possible, but stands up for herself when dealing with Black Cindy and offers her assistance in the riot. We’ll see what comes next for her.

What do you most admire and/or like about her?
AMANDA: Alison says what’s on her mind and isn’t a people pleaser. She believes in what’s best for the whole, not just for herself.

What is it like working alongside such a talented ensemble, including Danielle Brooks, Adrienne Moore, Vicky Jeudy, Nick Sandow?
AMANDA: It’s an amazing learning experience and they’re all such generous scene partners. Working with them definitely keep me sharp!

Any favorite scenes that you got to work on?
AMANDA: The scene I had the most fun on was the scene where Black Cindy, Crazy Eyes and Alison try to get a picture of Judy King. I’ve never had so much fun working on a scene! The most memorable scene was the first time Alison and Black Cindy had a conversation. I auditioned for the role of Alison with that scene. I can’t even tell you how gratifying it was to see it come to fruition, while knowing their is more to come.

What has been the one thing you as an actor haven taken away from working on ORANGE IS THE NEW BLACK?
AMANDA: Not to worry so much. As actors we often over-think, over-work and over-anticipate elements of this job that are out of our control. Do your homework, memorize your lines, show up on time, ask questions (if you have any), be kind and give different options when you do your scenes. That’s basically it. If you do those things and do them well, you have done your job and need not worry.

What do you hope viewers to take away from watching ORANGE IS THE NEW BLACK this season?
AMANDA: To stand your ground and to fight for what you believe in, but to also recognize a good compromise when you have one.

What was the biggest challenge working on ORANGE IS THE NEW BLACK?
AMANDA: Not talking about what happens until the premiere. It’s torture!

What was the biggest surprise working on ORANGE IS THE NEW BLACK?
AMANDA: How detail oriented the set is! The bathroom looks like it smells like rotten fish in real life, just like it does on screen, but it doesn’t. Every time I go into the bathroom I think I’m going to catch a disease, but it’s all fake.

What has surprised you most about your career so far?
AMANDA: The acting hustle never stops, it just changes, no matter what stage of your career you’re in. When I first came to New York my goal was to add NYC experience to my resume. After I did that, I needed to find representation. After that, I wanted to get to know casting directors through one on one sessions and classes in hopes of landing a role on projects they were working on. Now, I’m working on getting more exposure and auditioning for meatier roles. Once you reach a goal, you have work toward on the next one. It never stops.

Then what are the perks of where you are in your career right now?
AMANDA: I’m not alone working on what I want to achieve, which is much more comforting than working at it alone. I have a team I trust working with me to further my career.

Has there been any great advice you have gotten? What advice would you offer to other upcoming and aspiring actors?
AMANDA: Try to make a friend with someone with more experience or find a mentor in the field. You’d be astounded by how much you learn by just having coffee with someone who’s been at it longer than you. Just make sure your intentions are genuine and shared, no one likes to be used.

Do you have any other upcoming projects that you can share that fans should keep an eye out for?
AMANDA: I just had my first baby in May, so being a new mom is my newest and longest project!

At a time when women’s voices are rising to be heard and respected around the country and world, what do you recommend your fans do to lend support in that endeavor?
AMANDA: Uplift each other with kind words, helpful advice and a helping hand whenever possible. If we all do that there is no stopping us!

To see how Alison’s journey continues and whether it gives her a chance more fully connect with her daughter, ORANGE IS THE NEW BLACK Season 5 is currently available for binge-watching on Netflix.