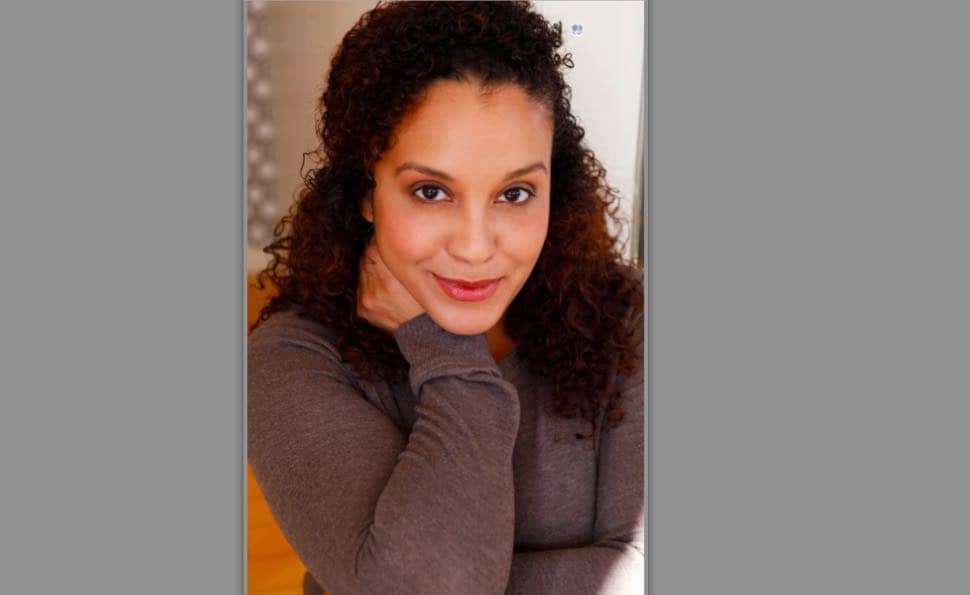 Season 4 of Netflix’s drama series ORANGE IS THE NEW BLACK took its stories and characters to a deeper and darker depth. As an actor, it is always a remarkable achievement when you are invited to join a successful series to help take it to the next level. So imagine the joy of actress Miriam Morales that she was selected to be a part of the Emmy-award winning series and was given a chance to add her talents to the ensemble as Litchfield became an even harsher version of prison-hell. In an exclusive interview, star Miriam Morales talks about her character’s pivotal part in Season 4 and how that experience was for her to portray.

What initially drew you to the role of Ramona Pidge in ORANGE IS THE NEW BLACK? And what was attractive about the show to you?
MIRIAM: I first heard of the casting for the role of Ramona “Pidge” Contreras from my manager. Not much was said about her other than she was short, Dominican and tough. Having been a fan of the show since the beginning it was a goal of mine to get on it; I had to. What is so attractive about the show to me, and to many, is the variety of characters and stories presented. The stories are universal and everyone can relate to them in some way. The show pulls you in because it reflects the times, the social and cultural issues that people deal with on a regular basis.

How would you describe your character Ramona Pidge?
MIRIAM: Pidge is extremely loyal, to her friends and to the cause. She’s always ready to take action if necessary sometimes without even thinking, she’s very reactive like that. Which leads me to believe she might have some anger issues. It’ll be interesting to see how my character continues to develop.

What is Pidge’s relationship like with the rest of the Litchfield inmates? Why does she dislike Piper (Taylor Schilling)?
MIRIAM: Pidge’s loyalty lies with her Dominican crew. You mess with one you mess with them all so that explains why she dislikes Piper; she messed with Maria (Jessica Pimentel). As for the others she doesn’t really have a problem with them unless they have an issue with her or her friends.

Did the death of Poussey (Samira Wiley) have an effect on Pidge? In the aftermath, where is Pidge’s head at?
MIRIAM: I think the death of Poussey had somewhat of an effect on Pidge. She didn’t know Poussey personally, but she’s realizing just how out of hand the guards are becoming and that what happened to Poussey can happen to anyone. That is scary. Action needs to be taken. And since Pidge is always down for the cause, well, that’s where her head is at.

Were you shocked the show killed off Poussey?
MIRIAM: Absolutely! I remember reading the script and when I got to that part my jaw literally dropped. I couldn’t believe it and knew that it would have a major effect on the viewers as well.

To you, what was the best surprise of Season 4 with regards to Pidge and her storyline?
MIRIAM: I don’t think I was surprised by anything in regards to Pidge’s storyline, but I was so excited when she punches Dwight (Shannon Esper) in episode 6! I felt like she had a lot of pent up frustration but was always being stopped from following through with it and then it was finally released in that punch.

What has been the most fun part about working on the show?
MIRIAM: Just having the opportunity to work on the show period, is fun. Connecting with my cast members off set and just learning about them has been a lot of fun. There’s a lot of laughing on set! Also simply being in the moment is fun. I love the relationships I’ve formed with some of the cast and our ability to lift one another up and make each other smile.

If you could offer your character some advice, what would you tell Pidge?
MIRIAM: I think Pidge is already doing what she needs to do in order to survive in there. If I had to offer one piece of advice it would be to not get so amped at every little thing and to take a moment to think before jumping into action.

What has been some of the best advice you have gotten that you would share with other aspiring actors?
MIRIAM: The best advice I’ve gotten is to just do the work and that you don’t always have to say “yes.” As actors, we want to always be working so we feel as though we should take on every single opportunity. But there comes a point when you do have to become a bit more selective and you have to learn that it’s ok to say no. If something doesn’t speak to you or if you’re not inspired by it, feel challenged by it etc. it’s ok to say “no.”

Then what are the challenges?
MIRIAM: Remembering to enjoy the moment is the only challenge I can think of when it comes to working on a show like ORANGE IS THE NEW BLACK. In life, we tend to get so wrapped up in other things that aren’t important that we forget to just enjoy the present moment and be grateful.

What other projects have you been working on that you can talk about?
MIRIAM: I’ve been helping produce a play directed and curated by Asia (Brandy Epps on OITNB). It’s a one night only event in NYC on October 8th at Dixon Place about #BlackLivesMatter and driving that conversation forward. You can get more info on mirrorfire.org.

What for you is the best part of being an actor in today’s world?
MIRIAM: I think the best part about being an actor in today’s world is being able to witness the changes occurring in the industry because some of the changes are great for minority actors, meaning more opportunities and visibility. We’ve come a long way but there’s still so much work to be done.

In addition to seeing Miriam in this season of ORANGE IS THE NEW BLACK available on Netflix, if you are in the New York City area on October 8th be sure to check out her new play at Dixon Place.