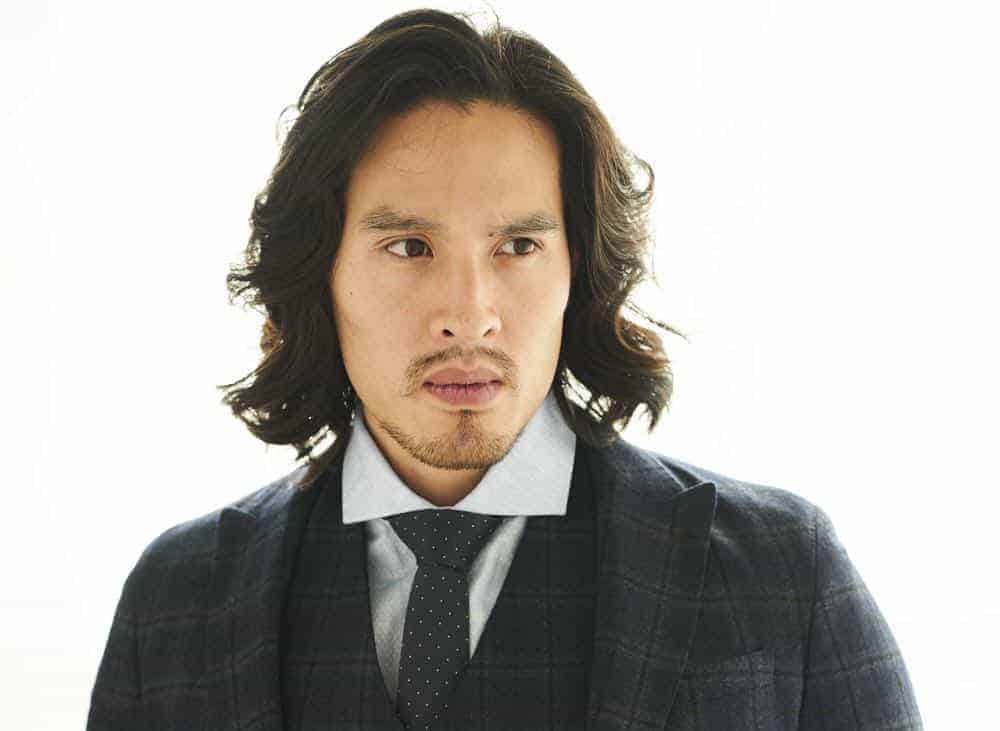 Talking a bit of a walk on the wild side in the amped up world of Starz’s zany comedy NOW APOCALYPSE, Desmond Chiam embraced a role that allowed him to revel in absurdist comedy. It is to Desmond’s credit that he is takes roles that showcase a wide range of characters, and his fearlessness is fun to watch. In an exclusive interview, Desmond talks what he appreciated about his latest role in NOW APOCALYPSE as well as previewing his new series REEF BREAK.

What was the initial appeal for you about portraying the character of Jethro and working on NOW APOCALYPSE?
DESMOND: It was the maddest script I’d ever read — and I’m not using the superlative lightly. It needed someone with a strong vision to pull off, and once I met Gregg, I was fairly well sold. There were a couple of details to work out, of course, but that was part of the appeal — the process was as collaborative as it was a product of the auteur.

How would you describe who your character Jethro is in the series?
DESMOND: He’s a caricature of every self-absorbed actor I’ve ever met, and you meet a few in this town. The idea was to take the dumbest Aussie I knew, and just dumb him down even further.

What do you most admire about Jethro?
DESMOND: Look, he’s not smart enough to be mean. He quite literally doesn’t have the mental capacity to be malicious, since that’s an outward facing emotion. Jethro is all about himself. So, somewhat circuitously, he ends up being accidentally sweet every now and again.

What is it like working alongside such a fun ensemble on NOW APOCALYPSE?
DESMOND: Incredible. Shoutout to the ever fantastic and awesome onscreen partner Kelli Berglund. She kept it easy for us to play such intense material, and leave space to make it fun. From the cast read through onwards, we knew something was really ticking.

How would you describe the dynamic between Jethro and Ulysses, Carly, Ford and Severine?
DESMOND: I don’t interact much with the Ford/Severine storyline, but Jethro and Carly have a cool arc from lovers who are struggling to connect and communicate, who somewhat find themselves through an exploratory deep dive into their sex lives. Carly, of course, is too much a force of nature for Jethro, and Uly maintains a very nonplussed from-the-sidelines view of Jethro.

What has surprised you about the show so far?
DESMOND: Nothing can surprise me after the madness of filming the show. And I truly mean that. You’ll have to watch to really understand out what I’m saying.

What has been the best part about the experience of working on NOW APOCALYPSE?
DESMOND: The fan reaction has been fantastic. It’s always interesting doing something very cutting edge and seeing how it’s received. Doubly so if it’s as transgressive as this show is, without necessarily othering any particular taboo or another. And as a corollary to that, getting a peek inside the mind of Gregg [Araki] — within whom this conundrum of a show came together — was an eye opening and liberating experience.

What is the craziest part about working on a show determined to break barriers and challenge expectations about love, sex and mind-altering substances?
DESMOND: I mean, the thing about all that is, all of it was rendered normal after a while. Obviously, you keep your own compass about things, but when you’re going to set every day and stripping down to your skin — eventually all the weird little things you used to care about become very, very inconsequential. And that’s part of the appeal — is that nothing is weird, guys. Everything goes. Weird is only something you haven’t figured out how to take in stride yet, and that’s really on you.

You also co-lead the new series REEF BREAK. What can you share about that role and its appeal for you?
DESMOND: After the madness, I wanted some normalcy! To be fair, it wasn’t just NOW APOCALYPSE, although that will forever remain a weird, weird feather in a very, very pieced together cap. In SHANNARA, I played an elven warlord. In “Magic Camp,” we had a crazy egoistic stage magician. In NOW APOCALYPSE, we played intensely stupid to the nines. I literally called my agent and said, “find me something where I play… a human. Just a person.” The cool thing is I found that and so much more in Wyatt Cole. He’s a detective in a cop show, so he hits those notes — but he gets to go on way bigger adventures than the average procedural cop, with the way larger than life personality of Cat Chambers played by Poppy Montgomery. It’s going to be fun.

REEF BREAK sounds fairly intense as far as subject matter. What kinds of themes will it explore as far as your character?
DESMOND: I can’t say too much yet, but we go places. Procedurals have definitely evolved to the point where you can’t do episode to episode without putting a lot of the stuff that used to just be in serialized shows in. It’s a fun show — shades of Indiana Jones or Tomb Raider with splashes of humor — but we don’t skimp on the drama.

What have you enjoyed and learned from REEF BREAK so far?
DESMOND: I’ve learned to stay agile. As an actor you can get caught up in process to the Nth degree, so having that stripped away at the speed that network TV operates has been actually somewhat liberating.

Do you have any other upcoming projects that you can share that fans should keep an eye out for?
DESMOND: Yes! I have a film a team of us put together that I have a small cameo in called “Empty By Design,” directed by Andrea Walter and starring Rhian Ramos, SUPERNATURAL’s Osric Chau and “Crazy Rich Asians” Chris Pang — the latter two of whom were part of the producing team as well. Chris and I go way back — actually pre-dating my acting career — so it was great to finally get to do something with an old mate. We’re also starting up WYNDY Group productions — so keep an eye out.