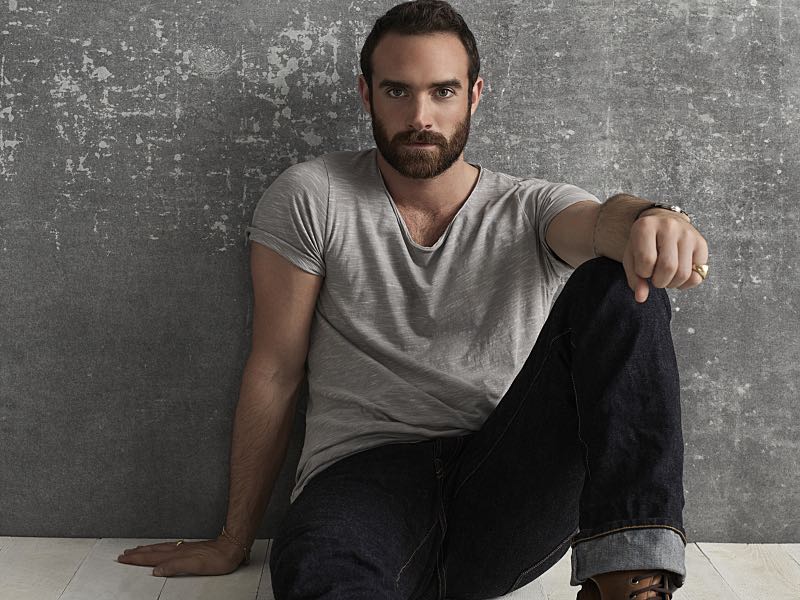 The CW’s new dramedy series is equal parts drama and comedy mixed together with a delightful dose of candy-like confection holding it together. The basic story follows a girl who meets a guy, who it turns out believes the world is ending in a matter of months. So Xavier (Joshua Sasse) persuades Evie (Tori Anderson) to take the romantic journey with him pursuing everything they want to do and accomplish before the world ends. It’s madcap, it’s zany, and it’s hilariously romantic. While at this summer’s Television Critics Association tour, I had the chance to chat briefly with star Joshua Sasse about NO TOMORROW.

Your character Xavier is so super-excited and enthusiastic. Is he falling in love or is that just him naturally embracing life?
JOSHUA: [Laughs] It’s probably both. I mean that’s how it is. He is falling in love for sure. It’s both. Yes to both.

So he’s enamored with this girl and he’s going to take her on this wild adventure.
JOSHUA: Yeah, absolutely. I mean, he’s on this wild adventure already and he meets someone who he starts out to have feelings for and that’s what it’s all about. I feel like that’s the final piece in his puzzle to come on the journey he’s on.

Did he fall in love with her like love at first sight? It seemed like he was kind of smitten right away.
JOSHUA: Yeah. I mean it was definitely a beautiful meet-cute moment when he runs into her. But, yeah, he saw her and there’s that physical attraction and then there’s meeting somebody, like seeing what they’re about and I think the more he spends time she just beguiles him. And that’s what it’s all about for him. He’s gone through all of that acceptance of fate already. He’s slapped his way through it and he’s done. For him, now there’s this kind of “je ne said quoi” that he’s hoping find and I think that’s what’s so enticing.

You have now played a couple of these types of characters back to back where they are kind of enamored by love [GALAVANT]. Is that a role that you just relish? What’s the attraction for you?
JOSHUA: [Laughs] That’s a good point. It does keep on happening. I don’t know. I mean, yeah, who doesn’t love “love”? It’s fun to play. It’s fun to be doing such different sides of it. It’s nice to be doing something that’s not as swashbuckling.

It’s a wild show. I’d give it a chance to get there.
JOSHUA: I don’t know. Maybe people just see me that way. I’m not sure.

They see you as constantly being in love.
JOSHUA: Yeah, exactly. There’s worse things to be seen as.

What do you enjoy about this show? What’s the attraction for you?
JOSHUA: The scope. I feel like we can go absolutely anywhere with him and that offers a really fun prospect in it. There’s so much fun to be had. When I looked at the script, I thought: what bigger decision can you make other than “who am I going to be living with at the end?”

Does your character Xavier have any kind of sense of ramifications or consequences by sweeping Evie up into his world?
JOSHUA: No, I don’t think so. I mean, I don’t think he’s a heartless bastard. He’s not careless, but that’s definitely a huge part of every decision he makes, which is a real conscious part of the conversation with the writers — it is making sure that whatever we do, it’s bearing in mind the world’s going to end. And that comes through in everything, not just paying a phone bill and paying for your coffee or whatever. It’s everything and that’s really important.

Do you think you’re learning from this character to live life more fully?
JOSHUA: Hugely. I’ve spent the last three months trying to do everything I can that I think he would have done. I’ve traveled, went to the fjords and traveled in Norway, and I lived in Greece for a month, and traveled around Italy. I mean, I was living in Greece, which was something I’ve wanted to do all my life and I just went “why the hell haven’t I?” And I did it and it was incredible and it just changed my life.

Wow. So you could actually write a book about how you lived according to this character.
JOSHUA: Yeah. There’s a beautiful sort of Cartesian quality to it, isn’t there?

What do you hope that we see coming in their storyline? Obviously, they can’t always just have the zany adventure of the week. Do you want to see them find like a destination?
JOSHUA: I’m really interested to see how Xavier develops as he gets much closer to that end date — because it’s all very well at this present time — like he’s been living, but it’s still so far away-ish . But as it gets closer, how is his perspective going to change? Is he going to want to be away more or is he going to want to do even more with Evie? Do you know what I mean? I don’t know what’s going to happen and that’s where all the meat is.

Have you talked to the writers about what happens when that supposed world-end date hits?
JOSHUA: I have. I don’t think they’ve made up their minds. It’s still up in the air which is a nice feeling. [Laughs] It’s not a bad feeling.

To see just what madcap adventures and crazy bucket-list ideas Xavier and Evie embark upon as the clock ticks down to the end of the world, be sure to tune in for the premiere of NO TOMORROW on Tuesday, October 4th at 9:00 p.m. on the CW.