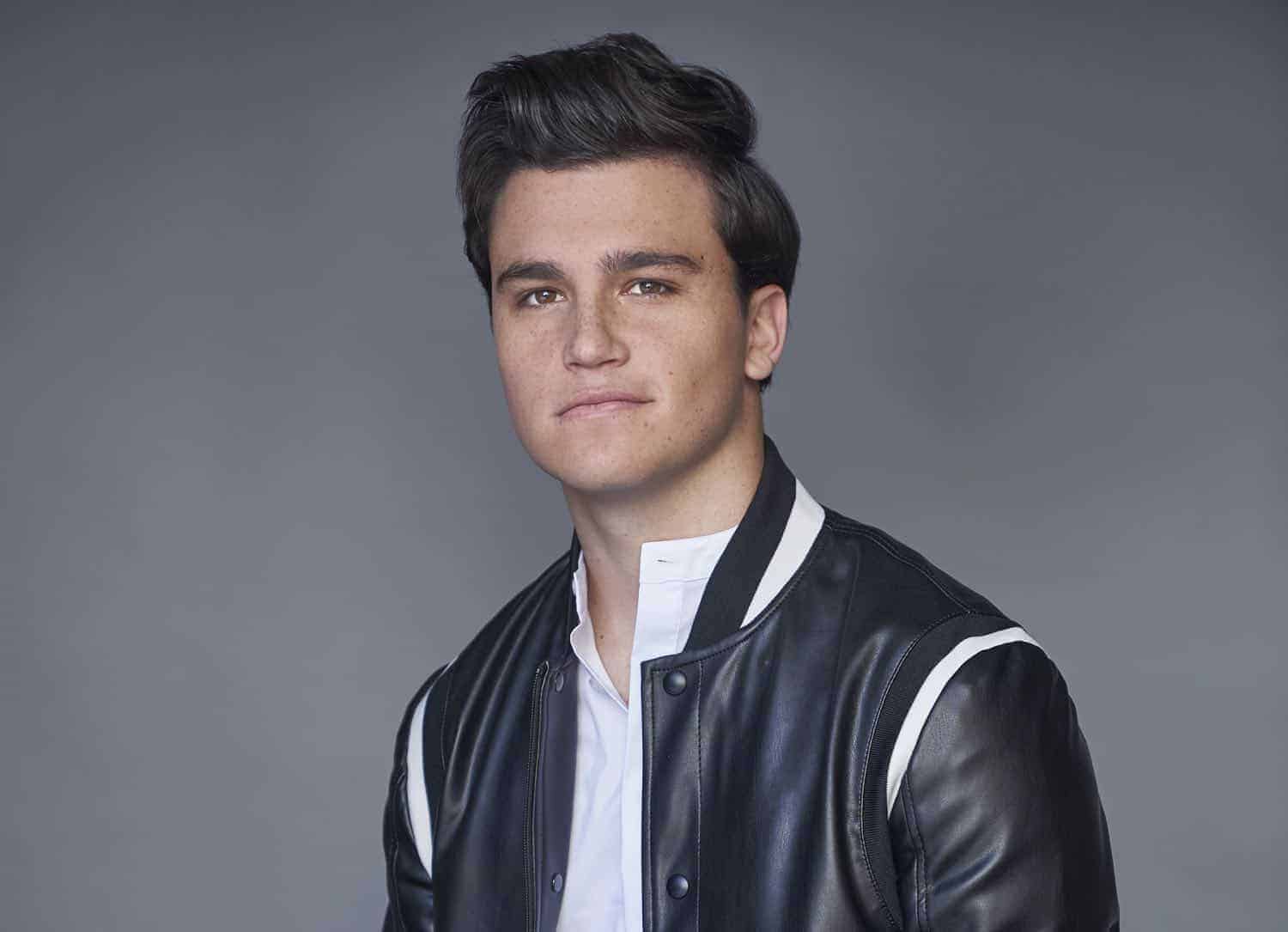 In the new Netflix comedy series NO GOOD NICK, a family is surprised by a young teen who shows up on their doorstep claiming to be a distant relative and how her assimilation into their lives leads to hilarious situations for them all. Portraying the family’s teen son Jeremy, Kalama Epstein brings his deft sense of humor an d humanity to the role. He innately knows that much of the show’s heart hinges on Jeremy being lovable while suspicious of his new found relative’s true motives. In an exclusive interview, Kalama previews the fun he has working on NO GOOD NICK and the sense of pride he has for how his career has introduced him to such an amazing array of roles.

What was the initial appeal for you about portraying Jeremy and working on NO GOOD NICK?
KALAMA: The initial appeal for the both the character and the show was the writing. You can have a super interesting premise for a character and a show, but that won’t make them great. The writing immediately drew me in and made me fall in love with NO GOOD NICK.

How would you describe who your character Jeremy is in the series?
KALAMA: Jeremy is a know-it-all school politician who has his entire life planned out in his “resume from the future.” He’s the eldest child in the Thompson family, and is thrown for quite a loop when Nick shows up at their home claiming to be a distant family member. He’s a little uptight and conservative in nature, but deep down he has a true loving side for his family and the people he cares about.

What do you most admire about Jeremy?
KALAMA: I admire his determination and passion for his work and endeavors. He’s not one to give up, and is not one to be shaken from something he has set his sights on. He can also be an incredibly caring and loving soul to the people around him.

What is it like working alongside such a fun ensemble on NO GOOD NICK?
KALAMA: It’s incredible. It creates a wonderful work environment and an amazing energy on set. That energy and sense of chemistry also translates right onto screen, making the show better because of it. They are also all wonderful people, hilarious, and so much fun to work with.

How would you describe the dynamic between Jeremy and Nick, portrayed by Siena Agudong?
KALAMA: The dynamic between Nick and Jeremy is very much like a cat and mouse game. Jeremy goes into complete detective mode when Nick shows up, and immediately jumps on her trail. Their relationship throughout the show is hilariously entertaining, but going any farther than that would be diving into spoilers.

Then how would you describe the dynamic between Jeremy and Ed and Liz, portrayed by Sean Astin and Melissa Joan Hart?
KALAMA: Jeremy’s dynamic with his parents is great. He loves them so much, and they love him back, but they can’t help but be a little annoyed with his constant grammar correcting and discussions as to why he should have his own car. The more suspicious Jeremy gets, the worse Ed and Liz’s dilemma with Jeremy and Nick becomes.

What has surprised you about the show so far?
KALAMA: I would say I was surprised by its ability to escape many common sitcom tropes and find its own identity. That was when I was first auditioning for the role, but since the audition process and through filming I have been incredibly confident and proud of the show. I wouldn’t say I have been surprised by it, but rather I have had all my hopes and expectations confirmed and surpassed!

What has been the best part about the experience of working on NO GOOD NICK?
KALAMA: The entire experience has been amazing, but I have to say that the highlight of it all has been the relationships and connections I’ve made throughout the show. Getting to work with such talented, kind, and hardworking people has been an absolute blessing.

You also appeared in the Go90 series “Liberty Crossing.” What did you appreciate from that opportunity?
KALAMA: Oh my lord, that was such an amazing experience. I was around so many smart and funny people, so it was a huge learning opportunity for single-cam comedy for me. I learned a lot from my co-stars, writers, director, and crew. Getting to go into a head-to-head sibling rivalry with Calum Worthy was a blast.

Another big role you had recently was on Freeform’s THE FOSTERS as Noah. What did you appreciate about that role and being on the show?
KALAMA: Where do you even start with this… That show meant so much to so many people, so just being able to take a small part in it was incredible. There was so much heart and love put into that show, and the experience I got from it was priceless.

Then at this stage of your career, what do you think you have learned from the roles and projects you have worked on?
KALAMA: I’ve learned a lot, and way too much to say it all briefly. Throughout all of the projects i’ve worked on, I’ve become a better actor and a better human. When on set, I’m constantly learning things, whether it be a conversation with a costar or by just watching and being around other actors and crew. There are always tons of lessons waiting to be learned.

What has surprised you most about your career so far?
KALAMA: The fact that I’m even doing what I’m doing surprises me. You always hope that you can get solid work as an actor and be working with people you look up to, and I’m doing that. So that in and of itself is surprising. But all of that can be ripped away in an instant in this industry so i’m not taking it for granted.

Then what are the perks of where you are in your career right now?
KALAMA: The perks are that I have a steady job and can focus entirely on acting every day. Another perk is that I have Sean Astin and Melissa Joan Hart as a second set of parents while my parents live back home in Hawaii!

What has been your proudest achievement as a working actor at this point in your career?
KALAMA: My proudest achievement is being a part of NO GOOD NICK without a doubt. I’m so proud of this show and everyone that has worked so hard to make it as beautiful and funny and heartbreaking as it is.

What advice would you offer to other upcoming and aspiring actors?
KALAMA: Make sure you love it. It’s not all fun and games, and the industry can be pretty crushing and cruel. But if it’s something that you love, and something that you are truly passionate about, then chase it. Just be prepared for a lot of rejection and denial… I know! Cheery!

Do you have any other upcoming projects that you can share that fans should keep an eye out for?
KALAMA: I don’t have any other big projects in the works currently besides NO GOOD NICK, but I am in the process of writing a few short films which I hope to shoot and have finished a little later this year! Oh wait — I do have another project coming out, but it’s weird because it has the same name as another project I’m in… ITS CALLED NO GOOD NICK AND THE FIRST TEN EPISODES RELEASE ON APRIL 15TH!

NO GOOD NICK is available for streaming on Monday, April 15th exclusively on Netflix. To follow Kalama as his career continues to expand and grow, you can follow him own Twitter @KalamaEpstein.