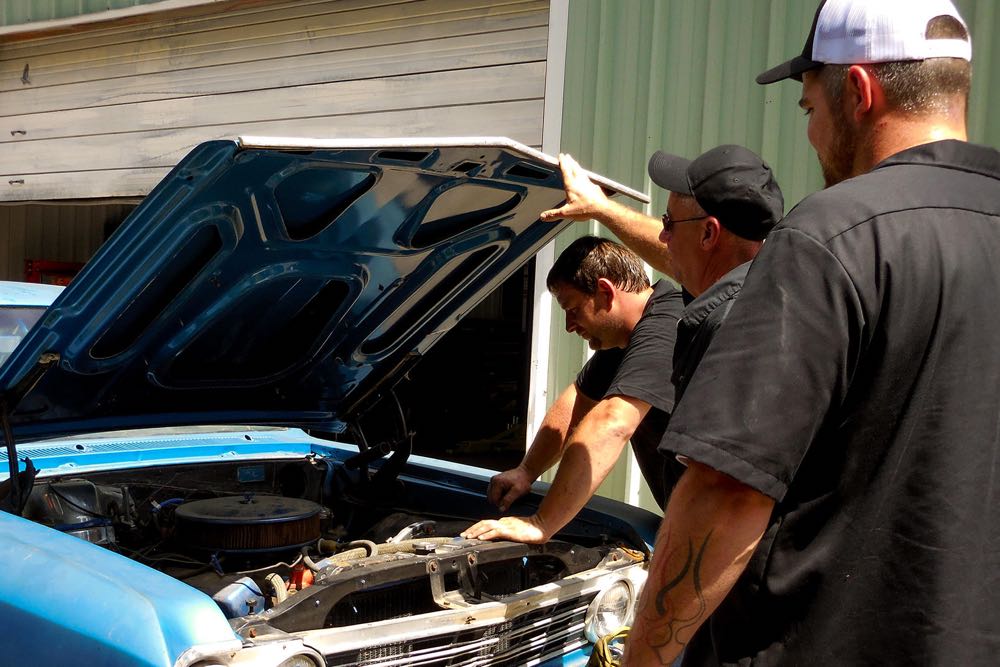 From Fast N’ Loud producer Pilgrim Media Group, MISFIT GARAGE follows the crew at Fired Up Garage, mechanics who joined forces to create their own hot rod start-up that could rival the revered Richard Rawlings and his mega-successful Gas Monkey Garage in Dallas. With everything on the line, this could be the last chance the team gets to go toe-to-toe with their number-one adversary and put Fired Up on the map – proving to everyone that they have what it takes to make it big in world of custom street-rods.

This season, the Fired Up Garage crew – Thomas Weeks, Tom Smith, Jordan Butler and Kevin Clark – is determined to grow their business by taking on bigger, better and faster builds – yielding even bigger returns – that they believe are the key to competing against the Rawlings empire. They even decide to go up against Rawlings’ culinary offshoot, the Gas Monkey Bar and Grill, and open the first Fired Up Garage food truck, spearheaded by Tom who sees himself not just as a mechanic but as a “foodie” and talented chef. However, success proves to be much harder than they bargained for as they crash into some major obstacles along the way.

The season kicks off as Tom Smith and Thomas Weeks acquire a “white whale,” a ‘69 Plymouth Satellite they decide to turn into a full-blown racer with a 750-hp big block 440 engine. Meanwhile, Weeks has his eyes on a ’32 Ford five-window, owned by Richard Rawlings, that Thomas thinks he can flip pretty quickly for some fast cash. The gang even takes on a build for Gas Monkey Garage’s longtime upholsterer  – which is also their first client car – that has to go smoothly or they risk having Rawlings step in to fix their mistakes. The stakes are higher than ever as Fired Up takes on Gas Monkey’s expertise, resources and reputation – all in an effort to compete against their biggest rival.