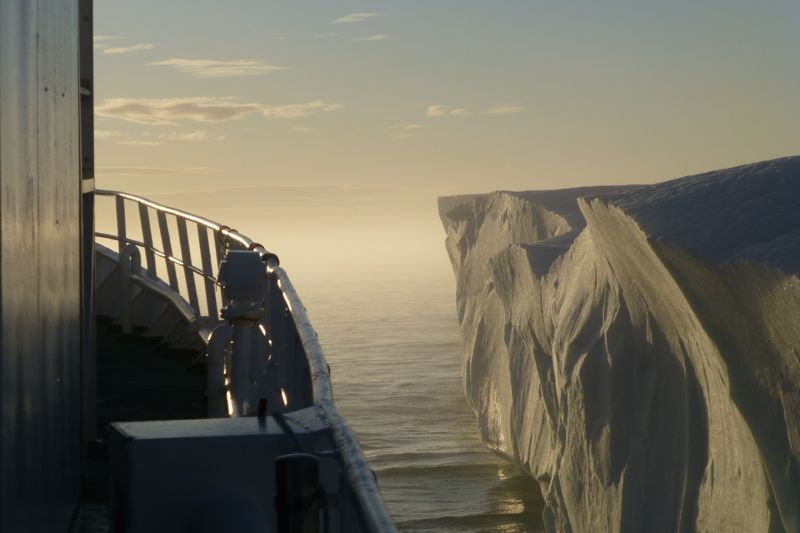 Dive into the frozen world of icebergs in Discovery Channel/BBC co-production MEGA BERG, premiering Saturday, June 27 (9:00-10:30 PM ET/PT) on the Discovery Channel. In the groundbreaking special, a team of adventurers and scientists put their courage to the test and embark on an action-fueled expedition into the Arctic to investigate the creation, life, and death of these stunning, frozen phenomena for the first time.

A mega berg is a colossal block of ice that bursts forth from a glacier to form an enormous iceberg, with some reaching half the size of Manhattan and weighing multimillion tons. In MEGA BERG, the team of scientists battles one of the world’s most extreme and unpredictable climates in the Arctic in order to uncover the hidden forces behind the creation of mega bergs and understand why Store Glacier in Greenland creates so many icebergs on a huge scale. Working with ice experts, naturalist Chris Packham boards a research yacht to study the the danger zone at the front of the glacier, using special scanning equipment to study what exists below sea level. Meanwhile, oceanographer Helen Czerski and diver Andy Torbet explore the inside of the glacier itself. During this expedition, the team witnesses the creation of an iceberg as a multi-million-ton of block separates from the glacier.

Later, the team investigates Petermann Iceberg, a massive tabular iceberg located 31 miles from the Canadian coast. Their objective is to understand the forces that gradually cause an iceberg to break down. In an extreme and hazardous expedition, the team performs research on the iceberg itself as the unstable surface begins to break up beneath their feet, and also confronts a large number of polar bears, the largest land predator on Earth. Despite these dangers, the team successfully reveals the mysteries of mega bergs and what causes them to collapse.