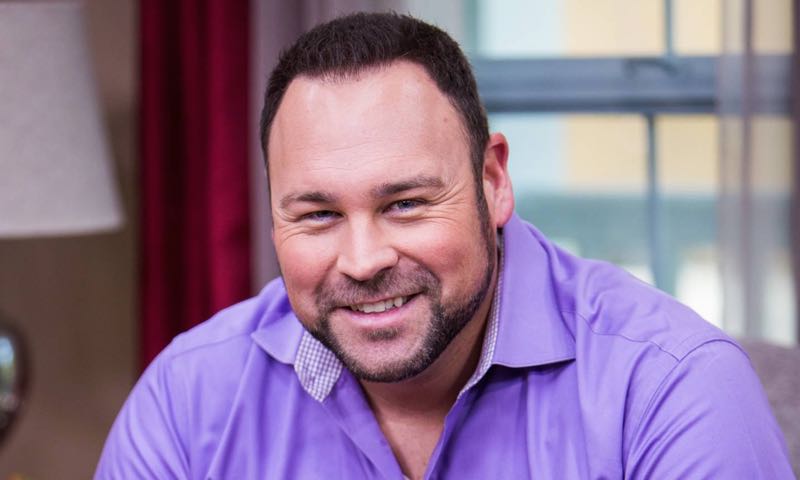 TV personality and singer/songwriter Matt Rogers has been named the new host of Discovery’s THE DIRT, the popular pre-show to the network’s #1-rated show GOLD RUSH.  THE DIRT returns Friday, October 16, at 8 PM ET/PT on the Discovery Channel.

“GOLD RUSH has such a massive following and I’m definitely one of its biggest fans,” Matt said. “I can’t wait to dive in each week on ‘The Dirt’ to hear stories from the teams getting their hands dirty. It’s the ultimate dream: to live off the land and strike it rich!”

Matt first found fame as a season three finalist on the reality singing competition “American Idol.” He has since gone on to host many television shows including Discovery Channel’s “Really Big Things,” CBS’s “There Goes the Neighborhood” and GSN’s culinary reality series “Beat The Chefs.” As an advocate for the armed forces, Matt hosted Lifetime’s “Coming Home,” where he brought home service men and women as a surprise to their family. He currently co-hosts “Home and Family” on Hallmark as it enters its fourth season. He has also worked as a correspondent on several entertainment and sports shows including “Turner Sports College Football.” Matt continues his music career performing with his band.

THE DIRT, which started off as an occasional pre-show, has grown to become a regular fixture for the network. Christo Doyle, who played double duty as host as well as serving as Discovery’s Vice President of Production and Development, will continue to oversee both series.  He will also expand his production duties on other projects including the highly-anticipated new series PACIFIC WARRIORS to air on Discovery this fall.

A series of one-hour shows, THE DIRT gives the inside scoop from the miners on all things GOLD RUSH.  Fans also get access to behind-the-scenes, cutting room floor material that never makes it into the show. Season 6 of GOLD RUSH on Friday, October 16 at 9 PM ET/PT.