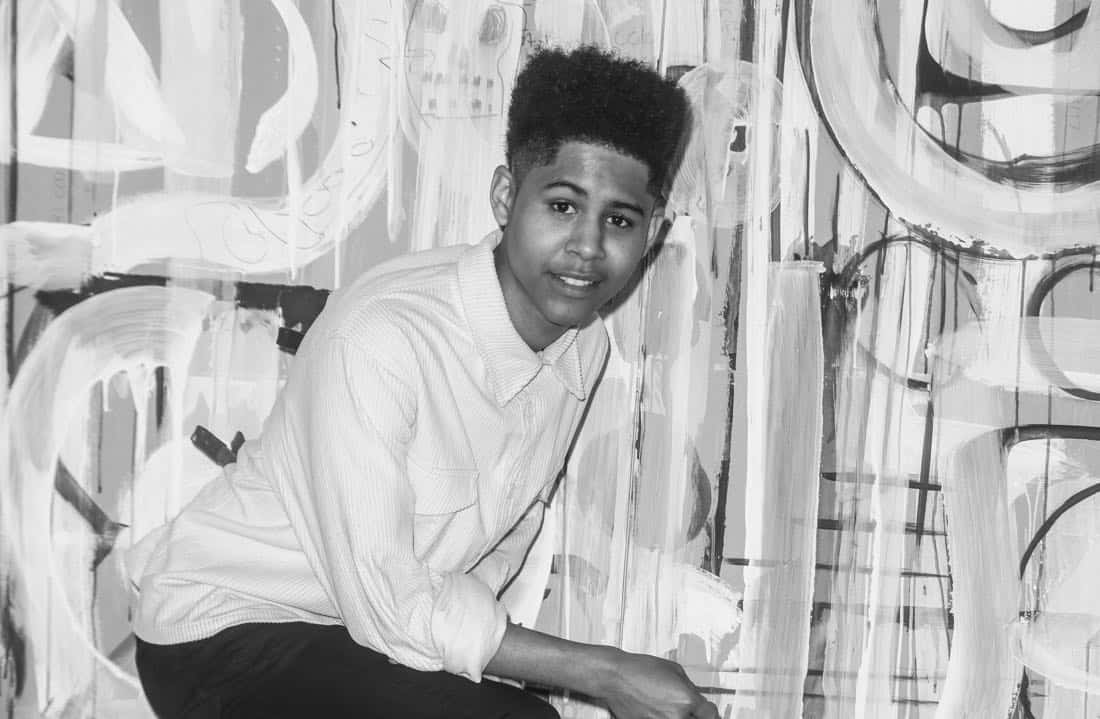 Currently starring in the new Hulu drama series MARVEL’S RUNAWAYS, based on the comic series of the same name, Rhenzy Feliz breaks out as one of the young actors to keep a close eye on. Rhenzy’s portrayal of Alex Wilder, whose parents belong to a mysterious and deadly organization know as The Pride, is fantastic. He deftly blends Alex’s uncertainty of his place in the world with a fierce determination to pursue the truth and protect his friends no matter what the cost. In an exclusive interview, Rhenzy talks about the appeal of this cool role and some of the lessons he has learned as a working young actor.

What appealed to you about portraying Alex Wilder and working on MARVEL’S RUNAWAYS?
RHENZY: Just the fact that it was Marvel was enough to get me signed on. I had just finished binge watching JESSICA JONES and LOVED it. When I got the audition and saw I could be a lead of one of their shows, no hesitation. Then I saw that Josh [Schwartz] and Steph [Savage] were attached and there’s no way you say “no” after that.

How would you describe who Alex is?
RHENZY: Alex is a guy who is pretty lonely. We pick up and he’s not in a good place. He longs for his friends, but feels too alienated to reach out. He finally gets the push he needs and understands that they all need each other. He cares about them and decides that he’s going to go out of his way, not for him, but for those he cares about, because it’s the right thing to do. That’s who Alex is.

What was it like working alongside the talented ensemble on MARVEL’S RUNAWAYS?
RHENZY: A dream. The fact that all 16 of us came in with such talent and the lack of egos was a huge relief. You hear all these horror stories and when everyone comes in with a smile and good energy, it makes all the difference.

What is your proudest achievement working on MARVEL’S RUNAWAYS?
RHENZY: Being able to stand behind what we’re making. I genuinely think it’s a great show. Every script we got I couldn’t wait to get the next. I’m proud of what we’ve been able to make.

Any favorite scenes that you can share from working on MARVEL’S RUNAWAYS?
RHENZY: Two words… Old Lace

What surprised you the most working on MARVEL’S RUNAWAYS?
RHENZY: How collaborative the creative process was. I expected something like Marvel or as well experienced as Josh and Steph was that they’d know what they want and not budge. They knew what they wanted but were very open to collaborate and change according to what fit us better.

Then, as an actor, what has been the one thing you have taken away from the experience of working on MARVEL’S RUNAWAYS?
RHENZY: How draining it can be sometimes. Of course, we’re not out there saving lives or moving buildings but the energy you put in day in and day out can take a toll. You just learn to really value those hours for sleep — all 8 of ‘em.

You also worked on MTV’s TEEN WOLF. What did you enjoy about working on that show?
RHENZY: I loved being able to play a villain — someone who’s intentions are so purely evil is fun to get into that mindset, if only for a couple hours at a time. Although, I don’t think I want to be in that space for too long anyway.

What did you take away from that acting experience on TEEN WOLF?
RHENZY: I loved the sense of family that the cast and crew had created. Everyone there were long time friends and making TEEN WOLF really felt like more of a family, and that environment was something I’d never been around before while at work.

What has surprised you most about your career so far?
RHENZY: Just how fast things have been happening. Thankfully so, because I can’t stay in the house too long without anything to do, I start to go crazy. The thing is that I was ready to do the whole grind. I love it that much. I prepared myself to go 2-3 years without a job and thankfully it wasn’t 2 months before CASUAL. As that ended and high school, I got TEEN WOLF. And while working on that, I got RUNAWAYS. It’s been about 2 years since I got my agent and, thankfully, I’ve been doing ok for myself. I still see myself being able to doing so much more.

At this stage of your career, what do you think you have learned from the variety roles and projects you have worked on?
RHENZY: That everyone is essential to making a vision work. It’s not just the actors, not just directors, but everyone including the crew. Everyone has their job and when everyone does it right, when everyone takes pride in what they do, that when magic happens. Everyone is on their game and everyone has a standard to live up to. The result, usually is something very special.

Then what are the perks of where you are in your career right now?
RHENZY: Thankfully I was able to find my passion at relatively young age. I found out that acting was right for me when I was 17.

Do any of your characters and the situations they find themselves in ever leave a lasting impression on you?
RHENZY: Yeah, the one that stuck with me most was my first role on CAUAL. I played Spencer, who was living with terminal cancer. Having to think about what someone’s life might be like while facing death isn’t something to take lightly. Knowing that it really happens to people, more often than it should, sticks with me. I live my life the way I want too. Chase the dreams I have and keep those I love around me.

Has there been any great advice you have gotten about working as an actor?
RHENZY: A good friend once told me: “Being realistic is the most common path to mediocrity.” And by good friend, I mean I heard Will Smith say it.

To see how Alex’s life changes and evolves throughout the first season, be sure to tune in for all new episodes of MARVEL’S RUNAWAYS on Tuesdays on Hulu. Season 1 is 10 episodes and after today, there are four new episodes coming this season. So watch for them still to come! To keep up with Rhenzy’s fast-paced life and his future projects, you can follow him on Twitter @RhenzyFeliz