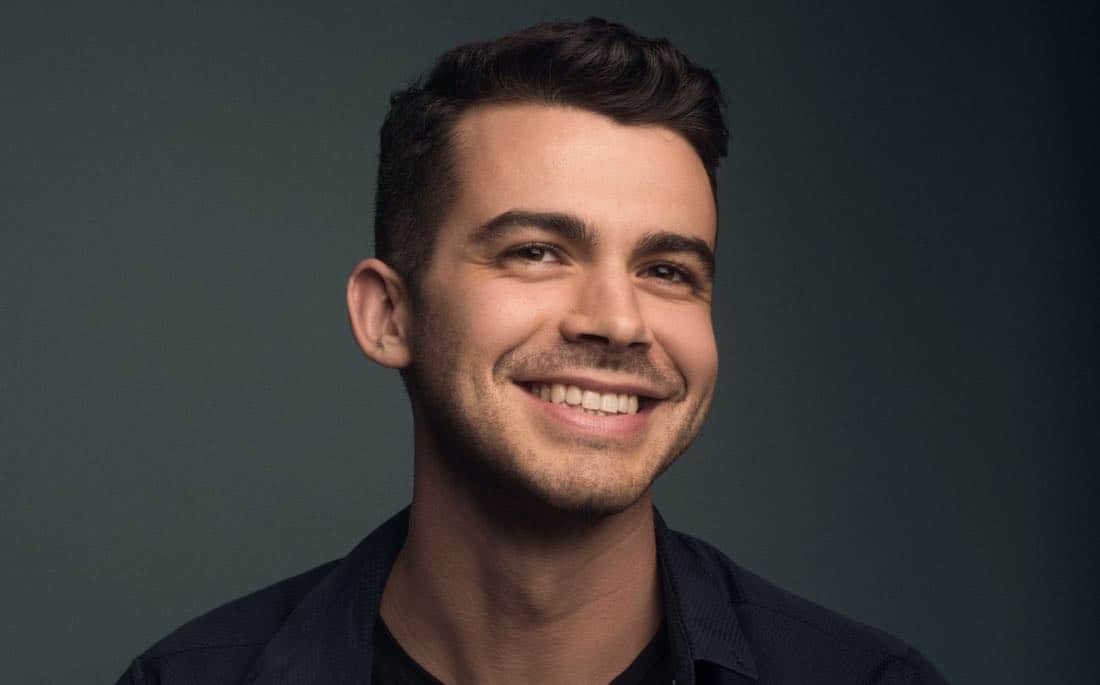 Delving back into the heart-felt world of young love, Joey Pollari co-stars in the new film “Love, Simon,” which celebrates the humor and awkwardness of teens striving to declare their feelings. Joey is well-remembered for his portrayal in the second season of the ABC series AMERICAN CRIME, as well as the MTV comedy series THE IN-BETWEENERS. Whether it is subliming expressing youthful exuberance or a young person’s conflicted natures, Joey is fantastic to watch on screen. In an exclusive interview, Joey talks about his latest role in “Love, Simon” and reflects about some of the lessons he has learned as a working actor in Hollywood.

What was the initial appeal for you about portraying Lyle and working on the film “Love Simon”?
JOEY: I liked that Lyle, as a character, was a mystery. You don’t know what his piece is in the narrative is, what his intentions are, until later in the movie. I was also excited to work with the cast and crew, spend a few weeks in Atlanta, and play a character who works at Waffle House.

What was it like working alongside the talented ensemble on “Love Simon”?
JOEY: It was a lot of fun; they had a great rapport with each other, real chemistry, and that translates on screen. So getting the chance to work on scenes with that chemistry already there — that’s a really nice set to walk onto.

What is your proudest achievement working on “Love Simon”?
JOEY: I’m proud to be a part of studio movie with a gay character at the center. Simon isn’t off to the side as a B-plot; his coming-to-terms with his sexuality is the arc of the entire movie. The idea that the youth of the LGBTQ+ community might see this movie and connect it to their own experiences is incredible. If the movie helps to start a conversation, helps someone who’s struggling with their sexuality, comforts them in some way — that’s something I’m proud to be a part of.

As an actor, what has been the one thing you haven taken away from the experience of working on “Love Simon”?
JOEY: That being a part of something bigger is what it’s all about.

You also worked on “American Crime.” What did you enjoy about working on that show?
JOEY: The whole experience has stayed with me, it’s hard to single out any one thing. But to get the opportunity to play a character who wasn’t defined by good or bad, by gay or straight, but by his thought and feeling; that changed me.

What did you take away from that acting experience on “American Crime”?
JOEY: Everyone on set was doing their best to make a great piece of television, make something that challenged and resonated with people. The focus was on doing something outside the norm. It pushed me to go further, to investigate, to look for those spaces outside the mainstream.

What has surprised you most about your career so far?
JOEY: I’m most surprised by the people I’ve met, the opportunities that I’ve been given. I never know what it’s going to be like on a new job, but every time, I have great experiences, I meet wonderful people.

If there were one previous role you would like to revisit, which would it be and why?
JOEY: I’d like to play Eric from “American Crime” again, because he challenged me the most. I’d like to try again with what I know now.

Do any of your characters and the situations they find themselves in ever leave a lasting impression on you?
JOEY: Since I played Lyle, I do crave Waffle House from time to time.

Has there been any great advice you have gotten about working as an actor?
JOEY: A mentor once told me, “It’s not what art gives to you, it’s what you give to art.” I think that’s pretty great advice for anything. That’s what I try and remember when I go to act, when I make music, when I meet a friend. Because, of course, these things give me a lot — but changing the focus to what I give has been important for me.

What advice would you offer to other upcoming and aspiring actors?
JOEY: If you love it, truly love it, then stick with it. Find a class, learn about it, collaborate, learn more, watch other actors, study, investigate, learn, learn, learn.

To see Joey embrace young teen love in the new film “Love, Simon,” be sure to check out the film which premieres Friday, March 9th at movie theaters near you. You can also find out more about the film by following it on Twitter @lovesimonmovie. To see what further adventures lie ahead in Joey’s life and career, you can follow him on Twitter @joeypollari.