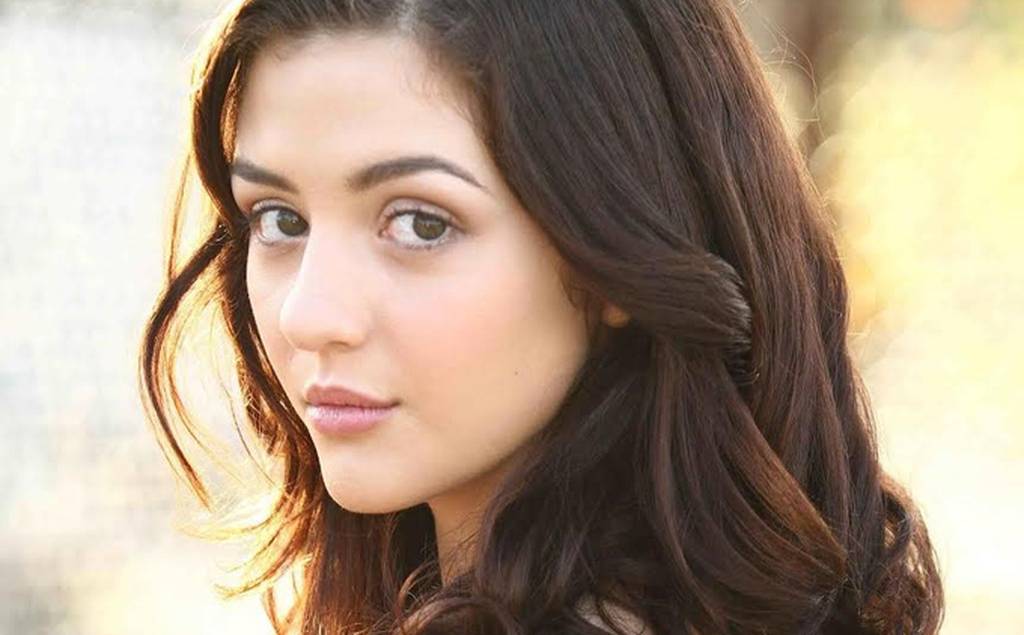 What would you do if you got a call that a friend of yours had disappeared while visiting Berlin?  In the case of Cooper (Katie Findlay), you get on the first available plane and track him down — no matter what crazy rabbit hole it leads in the underbelly of Berlin’s musical world — and, for Cooper, the threads take her on an unexpected journey of self-discovery.

Known for her work in THE KILLING and HOW TO GET AWAY WITH MURDER, Katie Findlay has captivated viewers by her portrayals of such innocence swept up by the darker side of life.  In an exclusive interview, Katie previews her new digital series LOST GENERATION for Go90.

What drew you to the role of Cooper in the online series LOST GENERATION for Go90?
KATIE:  Our lovely director Anna Mastro approached me with a wonderful sense of fun and enthusiasm. And I’d have to be crazy not to jump at the chance to work on a musical with Duncan Sheik and Kyle Jarrow. I knew working on my first musical would be a challenge, and I consider myself lucky to have been in a position to do it with such a capable group of artists. Plus, a summer in Montreal! Beautiful.

How would you describe your character?  What do you most admire and/or like about her?
KATIE:  Cooper is an anxious brain with the creative inclinations of a much more outgoing gal. I think she likes things under control, but is deeply moved by both her environment and the process of making music. That susceptibility seems to draw her out into adventure, especially when she’s thrown into an environment like the world of LOST GENERATION. She’s a dry witted, slightly obsessive musician with (lucky for me) pretty spectacular hair choices.

What journey does your character undertake in this series?
KATIE:  Cooper’s trip to Berlin in prompted by the disappearance of a dear childhood friend who moved there off the cuff. Her quest to understand who he was becoming (and what may have happened to him) leads to a very different community than what she’s used to.  Sometimes when the everyday aspects of your life are stripped away, it’s tempting to experiment with different identities. In Berlin Cooper explores music, love, responsibility and sexuality with way more gusto than her previous self. Somewhere along the way, she has to settle on what feels like the true her.

What was it like working with Craig Stickland, Calum Worthy and Melissa O’Neil?
KATIE:  THE BEST! The best. They’re all wonderful people, and disturbingly talented. Craig is the only reason we look like a band, he can pick up any instrument and basically play it in his sleep (which, let’s be real, pisses me off). Both he and Melissa have voices that blow the doors off the place. And Calum is a joy, both to act with and just to be around. I was running to keep up the whole time, which is how it should be.

What was your favorite part about working on this project?
KATIE:  I’ve been singing for a long time, but somehow the idea of someone depending on me to do it well was instantly intimidating. As simple as it may be, hearing a finished song and feeling like I didn’t COMPLETELY screw it up is really edifying.  Besides that, I have to say Montreal and the people. A beautiful cast and crew working in a beautiful city. I have fantastic/exhausted memories of that shoot, all of which revolve around the folks I got to see every day.

What was the one thing you took away from working on the LOST GENERATION?
KATIE:  The knowledge that once I hit hour twelve hundred of being in my underwear in front of a room full of people, I eventually stop caring. Leaps and bounds, people.

At this stage of your career, what do you think you have learned from the amazing variety of roles and projects you have worked on?
KATIE:  I’ve been incredibly lucky. Primarily, I’ve learned that people will readily believe I’m capable of doing terrible things, which is highly valuable information.
Then what are the perks of where you are in your career right now? KATIE:  I’ve finally realized that I’ll always do things like walk into closed doors/carry the bathroom key into auditions, and it’s fine.

Do you have any current or upcoming projects that you can share that fans should keep an eye out for?
KATIE:  In fact, I do! I’ve hopped aboard the new season of MAN SEEKING WOMAN (Wednesdays @ 10:30 on FXX). I’m giddy with delight, it’s a hell of a show. I HIGHLY recommend watching it if you don’t already. Muppets, explosions, and above all, romance.

To see if Cooper’s quest delivers the answers she is desperately seeking about her missing friend, as well as herself, be sure to tune in for Go90’s premiere of LOST GENERATION on Friday, January 13th.  Then also look for Katie’s new role MAN SEEKING WOMAN this season on FXX.