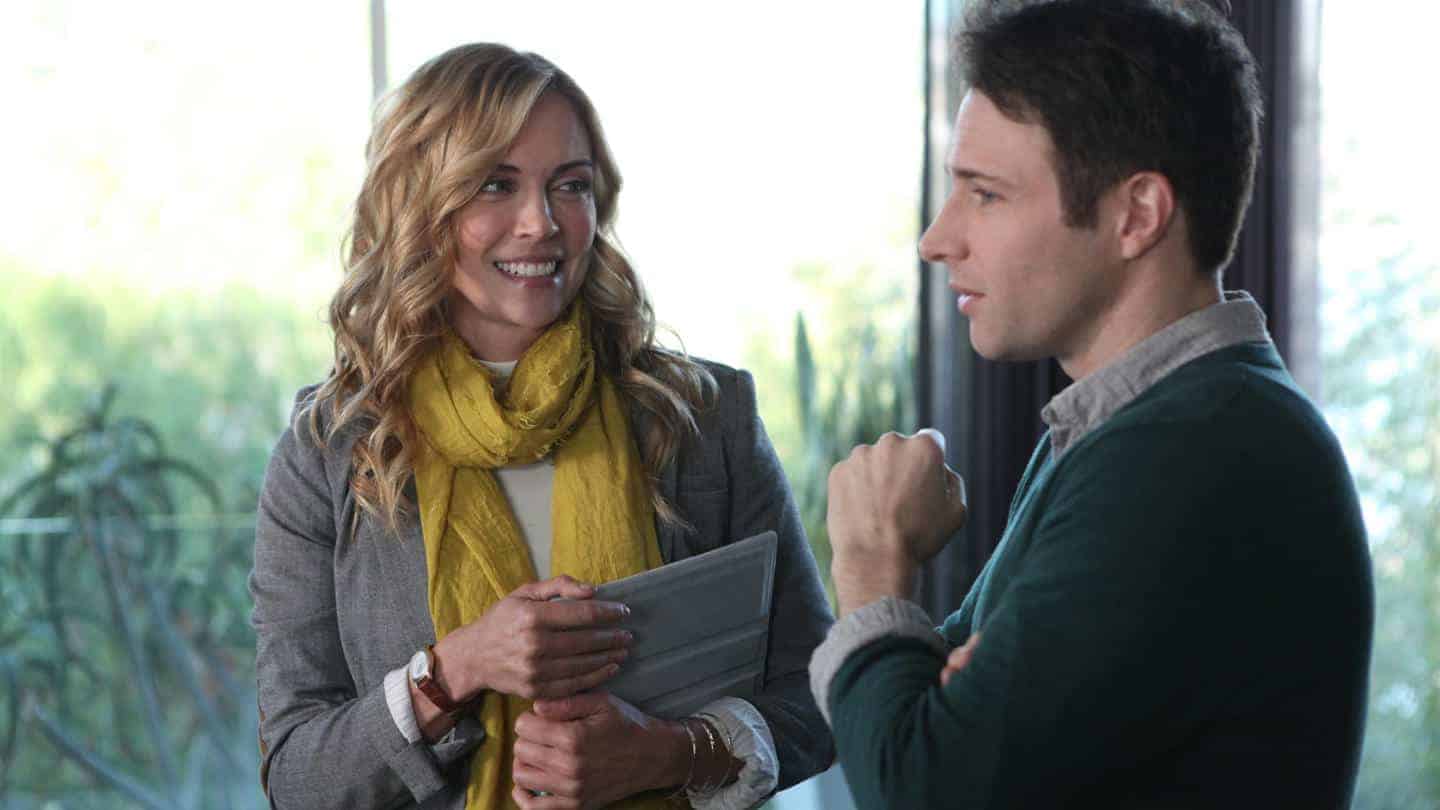 In the latest thriller from Lifetime “Her Boyfriend’s Secret”, a young woman becomes involved with a man she thinks she knows and discovers he has a deadly secret in his past. In an exclusive interview, Kelly Sullivan talks about working on “Her Boyfriend’s Secret” and while her character’s dreams may not have come true, it certainly was a dream experience making the film for Kelly.

What was the initial appeal for you about portraying Melissa and working on Lifetime’s “Her Boyfriend’s Secret”?
KELLY: The Script.

How would you describe who Melissa is in the film?
KELLY: She’s an ambitious businesswoman with a heart of gold, who sees the best in people. Sometimes, at her own peril.

What do you most admire about her?
KELLY: She’s fiercely loyal.

What is it like working alongside Mark Famiglietti on “Her Boyfriend’s Secret”?
KELLY: Mark is one of the funniest people I’ve ever met. We laughed a lot, and had a great time working together. He’s incredibly talented, and I love the way he played John. He was charming in one moment, and terrifying in the next, it was a dream to work with such a versatile actor.
He’s become a dear friend of mine.

How would you describe the dynamic between Melissa and John?
KELLY: From the first moment they meet, they are wildly attracted to each other, which is why it takes Melissa so long to see him for who he really is.

Any favorite scenes that you can share from working on the film?
KELLY: I absolutely loved working with Anne Leighton. I’m a huge fan of hers. When I found out she was going to be playing Olivia, I was thrilled. Our scene is one of my favorites from the movie. She killed it.

What challenges did you face working on the film and how did you overcome them?
KELLY: Staying in the moment. When you shoot out of order, you don’t know if the story is tracking, and you have to put all trust in the director.

Then as an actor, what has been the one thing you haven taken away from the experience of working on “Her Boyfriend’s Secret”?
KELLY: I want to work with more female directors.

What has surprised you most about your career so far?
KELLY: The talented people I continue to work with.

At this stage of your career, what do you think you have learned from the roles and projects you have worked on?
KELLY: Be present. And say: Yes.

Then what are the perks of where you are in your career right now?
KELLY: I work in Los Angeles a lot, and that means I get to live at home with my boyfriend and my dogs. That’s the best part.

What has been your proudest achievement as a working actor at this point in your career?
KELLY: I bought a house last year and that felt pretty awesome.

Has there been any great advice you have gotten about working as an actor?
KELLY: Relax.

What advice would you offer to other upcoming and aspiring actors?
KELLY: Relax.