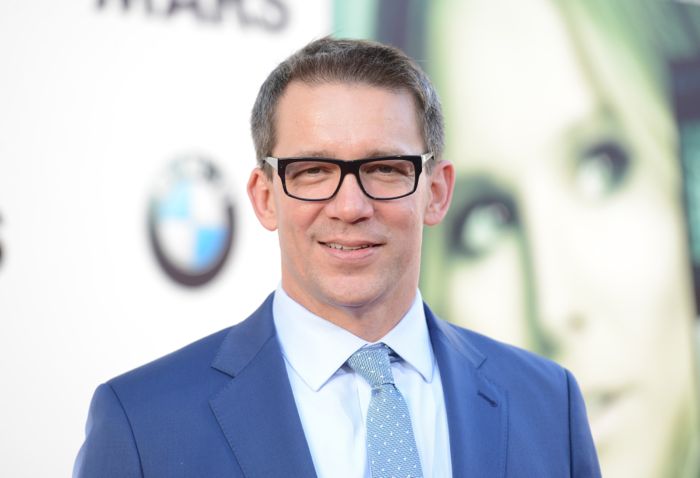 As IZOMBIE comes to its climatic close in its Season 1 finale, Liv Moore (Rose McIver) is set for an epic showdown with zombie nemesis Blaine (David Anders), who not only killed her boyfriend Lowell (Bradley James), but who now holds the fate of her former fiancé Major (Robert Buckley) and perhaps Liv’s brother Evan (Nick Purcha) in his hands.  It has been a tumultuous first season as Liv has acclimated to her newfound zombie-abilities and tried her best to find a new place in life as both a medical examiner and part-time police psychic.  But life as the undead has proven less restful and more adrenaline-filled than ever before.

With the zombie population spiking and the incidents of unexplained deaths on the rise, it is a wonder that entire world has not yet clued in that there are more and more dead-folk walking amongst them.  Yet if that video clip of Liv eating her first human brain on the beach of Lake Washington ever comes out, that is sure to blow the lid off the lurking zombie presence that has infested Seattle.

In an exclusive interview, creator and executive producer Rob Thomas talked about what the Season 1 finale holds in store and teased just who may or may not make it out alive.

With Major in a very precarious position at Meat Cute and Liv’s brother Evan in the crosshairs, will Liv be forced to choose between the fate of her brother and Major?
ROB:  No, fortunately, she doesn’t have to make that decision.  There are other big decisions, but that is not one of them.

So how dire is Major’s situation? We last saw him hanging in chains at Blaine’s mercy.
ROB: His situation is extraordinarily dire.

So we need to be praying for Major’s survival then.
ROB:  We do.  Actually, all of them — Liv, Evan and Major.  It is showdown time on IZOMBIE.

Will we then see a face-off between Blaine and Liv, finally?
ROB:  (Laughs) I believe we will.  That I can promise you.

Are we supposed to be rooting for Blaine?  Like does he have a redemption turn, or should we just hate him for the villain he is?
ROB:  (Laughs) He is a villain.  I would have normally said, “How can you ever redeem a character who has murdered a bunch of homeless teenagers?”  And then you watch GAME OF THRONES and you find yourself rooting for Jaime Lannister, and he threw a kid off a balcony in the first episode.  So it might be possible.  But we’re enjoying him quite a bit as a bad guy.

So we’re hoping at this point that there is no zombie-cure because we want to see that fight off between Blaine and Liv.
ROB:  Well, the zombie-cure comes into play.

As far as the zombie-cure, have they found one?
ROB:  It is untested.  Ravi believes that he possibly has some formula that could work.  But it is not much different than the formula that killed the last rat.

Yikes, sounds like the cure might be a death-sentence then.  If there is a cure and it doesn’t kill Liv, is she willing to give up her newfound superhero abilities, or does she really just want to be human again?
ROB:  Without a doubt, Liv would trade anything to be human.  There is a whole monologue in the finale about how badly she would like to be human.  She would like to go back to life as normal.

Another thing we were left hanging from the last episode with was Peyton’s (Aly Michalka) reaction to finding out that Liv was a zombie.  Is that going to be resolved this season or will that still be hanging?
ROB:  That will still be hanging.  Some background on that, Aly Michalka was doing a pilot.  Because she is not a series regular, we don’t control her.  So she was going off and doing a pilot and we wrote her character in a way that if we had lost her and if she got on a show that was going to go for the next several years, we could survive, but we wanted to leave the door open.  Yet she booked a pilot that did not go, so we are happy that we have that option of bringing her back.

We were kind of super bummed that Lowell (Bradley James) was killed off so quickly.  We were loving the Liv-Lowell romance.
ROB:  There is an old story that William Goldman tells in “Adventures in the Screen Trade.”  He had written a movie “The Great Waldo Pepper” and it was a Robert Redford movie about WWI flying aces, and the movie didn’t do well and in explaining it later, he said that they had cast this young, gorgeous actress and she died halfway into the movie.  William Goldman said that was the reason the movie didn’t work, “Everyone fell in love with this new actress Susan Sarandon and they never forgave us for killing her off.”  I had no idea that people would fall that far in love with Lowell.  So even before we cast him that was the arc we were going tell and I was sort of taken aback by how much people had taken a shine to him.  So it was like, “Oh, maybe we should have gotten someone they didn’t love quite so much.”  So lesson learned.

What can you tease for the Season 1 finale?  What would you like fans to look forward to?
ROB:  It’s so tough.  The thing I will tell you is that everything we set up in the second to last episode, we pay it off.  I feel like people at the end of the season will not feel like they were cheated — like we led them to the water and didn’t let them drink.  Showdowns happen.  Storylines get their punctuation at the end of it.  I’m not saying that everyone gets the ending that they want, but there will be a sense of completion that I think fans will find satisfying.

To find out if Major can hang onto his humanity and remain amongst the living, and if Liv can find a way to out thwart Blaine, be sure to tune in for the Season 1 finale of IZOMBIE on Tuesday, June 9th at 9:00 p.m. on the CW.