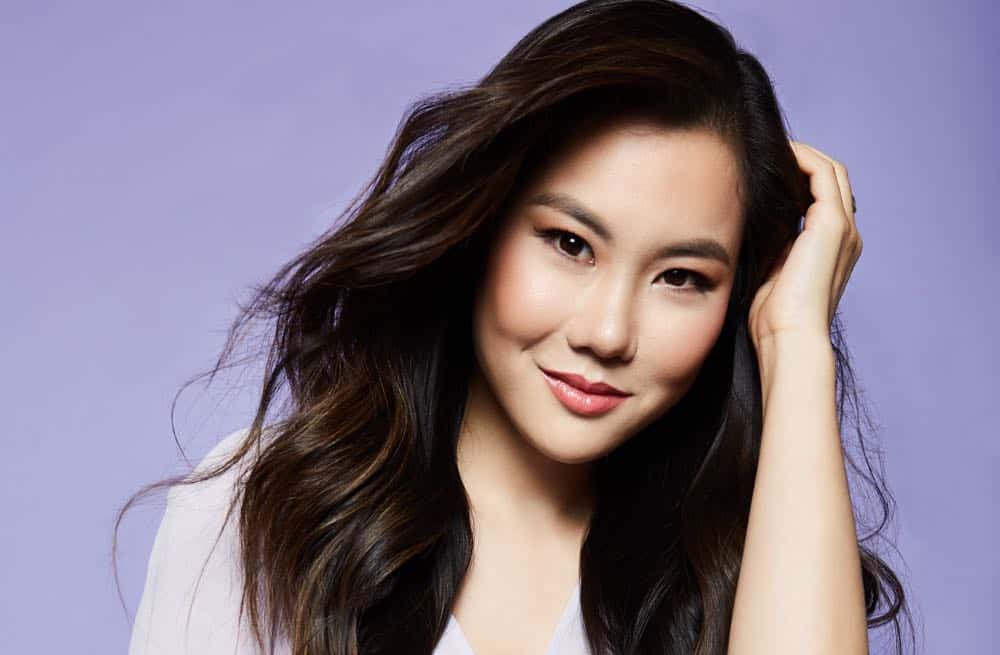 Getting the chance to portray a deliciously dark character in INSATIABLE has been a surprisingly rewarding experience for Irene Choi. She cleverly portrays the multi-faceted aspects of the inner workings of a teenage villain hell-bent on getting her way. That insight and passion is key to making an unlikable character riveting to watch. In an exclusive interview, Irene shares why portraying Dixie in INSATIABLE was such a great experience for her and a few lessons she has learned along the way as her career continues to grow.

What was the initial appeal for you about portraying Dixie and working on Netflix’s INSATIABLE?
IRENE: I think that playing the mean girl is always fun, but she’s often portrayed as this coy, manipulative mastermind in movies and TV. Dixie is, simply put, not very bright. She’s an adoptee who speaks with a thick Georgian accent. She was such a fresh new character that I had never seen nor played before. Lauren Gussis, our showrunner, wrote a script that is a perfect caricature of reality. On paper, some of things that happen are over-the-top, unapologetically ridiculous, but at the core of it, the basis and motivation for all these characters are real human emotions. I also loved that it was an ensemble piece with both adult and teen characters, who are all very flawed, some more deeply than others. So many things about the script were very refreshing and unique.

How would you describe who Dixie is in the series?
IRENE: Traditionally put, she’s the villain. Along with her mom, who is wonderfully played by Arden Myrin, she’s on a warpath to destroy Patty and Bob Armstrong, who both hate her with justified passion. Dixie is quickly established as a bully to Patty, but she really is a bully to everyone. She plays against the traditional trope of the popular girls always being the bullies in high school movies because she isn’t popular at all. I find that in real life, bullies often aren’t the most liked people. They come from a place of loneliness and misunderstanding rather than a position of social power and prowess. All the main characters in the show are insatiable for something. On the surface, Dixie is insatiable for the crown and to win. Underneath, she’s insatiable for acceptance and friendship.

What do you most admire about her?
IRENE: Her ambition, drive, and fearlessness. Also, brave fashion choices and willingness to wear high heels a lot.

What is it like working alongside Dallas Roberts and Debbie Ryan on INSATIABLE?
IRENE: Both are such immensely talented actors with extensive, yet different experiences and backgrounds in the industry. They had the most scenes and longest hours out of everyone — just their sheer ability to show up alive everyday was impressive to me honestly. Yet, on top of that, they were incredibly gracious and generous with their performances. I’m not really sure how they do it. I suspect they are not 100% human.

How would you describe the dynamic between Dixie and Patty?
IRENE: On the brink of a cat fight, but without the sexual tension.

Any favorite scenes that you can share from working on the series?
IRENE: I don’t want to give away any spoilers, but the pageant scenes are always a hoot, both to work on and watch. Christopher Gorham and Dallas Roberts do a fantastic dance number at one point. It was a real delight to witness in real life.

What challenges did you face working on the series and how did you overcome them?
IRENE: It was a little tricky getting the hang of a Georgian accent at first. I had a sort of generic Southern accent in my back pocket, but it wasn’t specific to any region. We worked with a coach during the pilot who explained all the different types of accents within Georgia according to region, generation, and class. We had to move to Atlanta to shoot the series. I’m a California native, so I definitely felt homesick. While I was in Atlanta, I hung out with my friend Matt a lot since I didn’t really know anyone there. He was an actor friend of mine that I had met in LA years ago and we happened to be in Atlanta together while Insatiable was shooting. He was visiting friends during the holidays and passed suddenly on vacation. I found out while I was working one night and was due back on set the next morning and the day after that. I felt like I had no time to really process what happened and mourn. I feel like that’s probably one of the more difficult parts of being an actor. Sometimes you can use the emotion inside as fodder for your work, but other times, you just have to block it out.

Has INSATIABLE left an impression on you in your life? If so, in what way?
IRENE: It’s my first pilot as a series regular that got picked up to series, so it’s a huge first for me. Before this, I tested for several pilots and sometimes you just get so used to hearing no and it seems like it’ll never happen. If you keep trying, it’ll happen.

Then as an actor, what has been the one thing you have taken away from the experience of working on INSATIABLE?
IRENE: It was my first role where I played a character for more than a few episodes and it’s a loud character at that. I had the opportunity to really find new choices and stretch some undiscovered comedic muscles.  You are also in the Amazon series MOZART IN THE JUNGLE.

How would you describe your role as Ester and what did you like about the role?
IRENE: Ester is a sort of a celebrity violinist within that world. She’s young, talented, hip, and knows how to play the game. It was my first audition where my real-life violin playing skills came in handy!

What did you appreciate most about that experience in working on MOZART IN THE JUNGLE?
IRENE: I love that the show is great about depicting the culture among professional classical musicians, which is really specific and rather elusive to the general public. It also has such an excellent cast. It was Gael Garcia Bernal’s first time directing an episode and I’ve been such a fan of his work for years. I’ve also been a massive fan of Joshua Bell, the violinist, ever since I was a kid and he was in one of the episodes!

What has surprised you most about your career so far?
IRENE: Not my career specifically, but more about the industry, is that everyone’s path is so different. If acting careers were represented as line graphs, everyone’s would look so different — there would be all sorts of shapes. When I first started, I wanted to think that it was going to be more of a meritocracy and that the best person in the room always “wins”. It hasn’t been that way for me or for anyone I know.

At this stage of your career, what do you think you have learned from the roles and projects you have worked on?
IRENE: Know your worth, stick up for yourself, and do the same for others who aren’t in the position to speak up.

Then what are the perks of where you are in your career right now?
IRENE: I’ve been recognized only once in public. To be honest, I enjoy the anonymity. I go to work, I do my job, I come back home, and I can do things like a normal invisible member of society. Also, free snacks on set.

What has been your proudest achievement as a working actor at this point in your career?
IRENE: Being able to help others with their careers as much as I can, which isn’t a lot right now, but more than before. It’s weird that people see me as an actor who works enough that they feel like they could even ask me for advice. I’m always like, “I’m just like you! I’m also trying to be an actor! Wait, no, I guess I am one!”

Has there been any great advice you have gotten about working as an actor?
IRENE: Don’t try to hide the most interesting part of you.

What advice would you offer to other upcoming and aspiring actors?
IRENE: Find a great hobby that is unrelated that you can turn to when you want to sort of reset and detox because this industry can be taxing. Don’t make acting 100% of everything you do. Who you are shouldn’t be defined by what you do for a job.

At a time when women’s voices are rising to be heard and respected around the country and world, what do you recommend your fans do to lend support in that endeavor?
IRENE: To listen. Be conscious in your efforts to amplify the voices of women, especially those of color and/or are marginalized, who often don’t get as large of platforms. But none of that matters or is possible if you don’t listen.

INSATIABLE Season 1 is currently available for binge-watching on exclusively on Netflix and be sure to follow Irene on Twitter @IreneChoi to find out where her career adventures take her next.