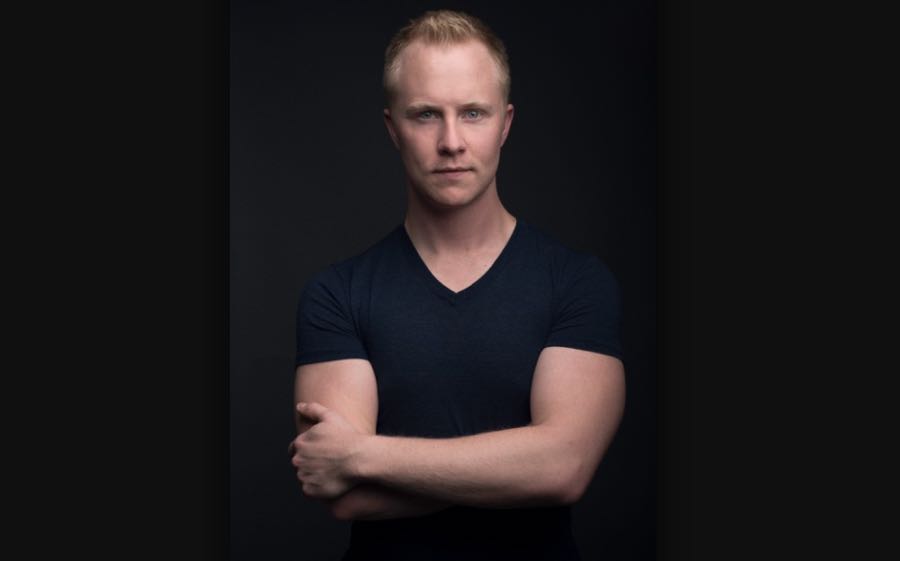 After guest roles on the TV series LONGMIRE, MANHATTAN and DIG, upcoming actor Nate Warren is grateful to get the chance to crossover into film roles and happily previews his role in the new film “Independence Day: Resurgence” and the upcoming film “The Space Between Us.”

What drew you to the role of Marley Sullivan in “Independence Day: Resurgence”?
NATE: An audition. I had originally read for one of the supporting roles in the film which eventually went to another guy, and through a series of callbacks I landed a role that only had one line and no name. But by the time I had arrived on set, he had a name and a purpose. I was being thrown additional lines and action during shooting, and he really grew to be a part of the Area 51 crew.

How would describe him? What makes Marley Sullivan tick?
NATE: He’s an Area 51 Weapons Tech Officer working with a team to incorporate alien technology into human technology and utilize it for defensive purposes. Being that he isn’t one of the main characters of the storyline, it sort of granted me an opportunity to craft my own backstory for him. But even though his story is not explored in the film, he’s very much a part of the world that all of the characters are fighting for. I think that he was a young kid when the events of ’96 were happening and the devastation of the attacks really affected him, as it did millions of other humans. After the loss of countless friends and family, he felt the call to serve in the military so that he could help defend and protect the Earth from any and all future threats.

What was the most fun part about working on this project?
NATE: The cast and crew. They’re just the smartest and most skilled group of people. And so warm! The really special part about it, though, was acting alongside friends who had also been cast in the same scenes. It made me proud to see actors from my home state working on such an enormous production.

Were there any surprises or challenges?
NATE: Having additional lines thrown at me on set was a surprise because that doesn’t always happen when you’re a ‘day-player’ or a ‘weekly actor’ (as it was in my case). So that was a blast. The main challenge was just not flubbing the lines up – you’d be surprised how tongue-tied you can get after 20 takes!

What do you think you learned or took away from the experience?
NATE: This was my first foray into big-budget studio features. The production operated like a well-oiled machine – A MACHINE, I tell you – with so many moving parts. I learned that I’m only one part of that machine and that it takes an entire village of skilled artists to make a film of this capacity. It truly does.

If you were to guess, what was the secret to landing this role?
NATE: The casting office in New Mexico (where I am from originally.) They fight so hard for their local actors: to get us seen and considered for work that would normally go to someone from LA. They are really helping us put New Mexico on the map in terms of talent.

What was it like working with William Fichtner on this project? Were there any other co-stars that you enjoyed getting to work with?
NATE: Intense! He’s got a a very commanding presence and a dry sense of humor. I honestly couldn’t read him most of the time. He’d crack a joke at me and it would go right over my head. Jeff [Goldblum] was a riot as well. I could never tell if he was in character or just being Jeff, and that was the wonderful thing about him. He would talk to everyone, sing songs, dance, and tell stories. We even sang show tunes backstage together.

What sort of fun things can fans look forward to in this film?
NATE: The sets and the special effects, for sure. The alien/human hybrid technology, too. They’ve created some seriously badass toys!

Were you a fan of the original “Independence Day” film? What was your favorite scene from it?
NATE: Big fan! I watched it so much growing up that I knew most, if not all, of the lines at one point. One of my favorite scenes is when Steven Hiller is dragging the unconscious body of the alien in his parachute across the desert. Hands down the funniest scene in the film, and Will Smith’s timing couldn’t have been better. “I COULDA BEEN AT A BARBECUE!…but I ain’t mad…” Haha!

Which original cast member were you most excited to see returning for “Independence Day: Resurgence”?
NATE: Jeff [Goldblum]. I’ve always been a huge fan of his work, but I was so stoked to see that he was returning for the sequel! I am also intrigued to see how and why they brought back Dr. Okun’s character. Brent Spiner was so great in the first film.

What role do you play in “The Space Between Us”? How would you describe that character?
NATE: I play an apathetic ER clerk in a scene across from Britt Robertson. He’s less than helpful, and more than ‘over’ his job.

What drew you to that project? Any special appeal?
NATE: The opportunity to work with Peter Chelsom, our director, was a big draw.

What do you most appreciate about getting to work with such iconic actors, like Gary Oldman and William Fichtner?
NATE: I didn’t have the opportunity to work directly with Gary [Oldman], but it’s a very humbling experience to work in the presence of such well-respected actors. Gary and Bill [Fitchner] both have massive bodies of work and they’re both so insanely talented, it’s just entrancing to watch monumental actors such as them do their thing. You get to listen to their stories, observe their techniques, absorb their knowledge and hope it informs your future work and makes you a better actor and person.

If it was possible one day, would you want to venture outside of Earth and perhaps travel to Mars or another other-worldly location? What is the appeal or what would be your hesitation?
NATE: Absolutely! 110%. I’ve always dreamt of going to the moon, Mars, or some distant planet. I find space and the unknown universe so wondrously fascinating and romantic. I think it’s because it totally is “the final frontier,” as Star Trek so astutely points out. I’m intrigued by what, or ‘whom’, else is out there. There is so much we still don’t know.

Can you share any other projects that you are working on that fans can look forward to?
NATE: At the moment, I’m in the process of writing and producing a couple of different original pieces that I’m very excited about. In an attempt not to jinx them before they’re finished, I’m waiting to share the details.