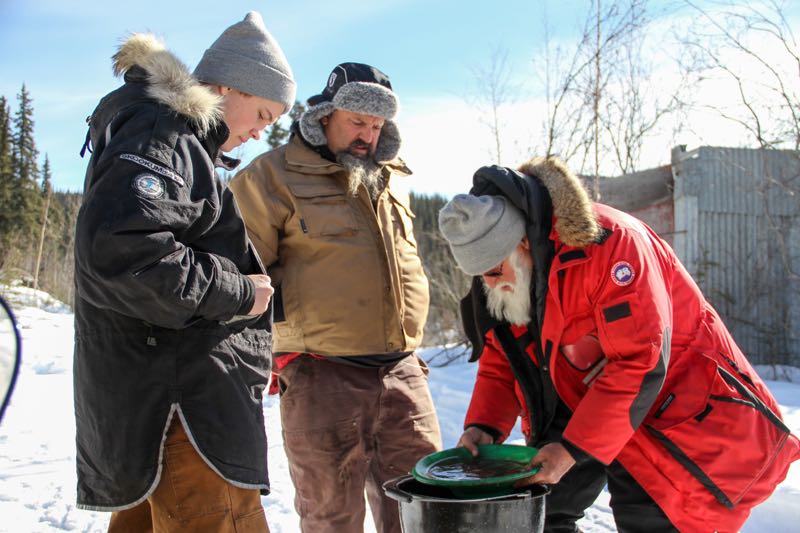 Last year, Todd Hoffman rose from the ashes and brought his crew back from the brink of bankruptcy. This season he has gold-rich ground, a seasoned crew and is in position to keep his hot streak alive. But Todd’s a big dreamer and this year even his crew is blown away by the staggering season goal he sets. For the first time, he’ll have three generations of Hoffman men working on the claim as Hunter, his 16-year old son, keeps the family tradition alive. The only thing standing in Todd’s way could be his ego. Can he keep it in check and finally give young Parker Schnabel a run for his money? Or will his lofty season goal backfire leaving the Hoffman crew disappointed yet again?

Meanwhile, Parker Schnabel has his hands full. Last season, he mined an unprecedented $3 million of gold. But it came at a price as he drove his crew into the ground leaving many questioning whether they would ever work for the young mine boss again. Parker, who turns 21 this year, finds out the hard way that one season of gold mining has nothing to do with the next. He’s forced to draw on everything his beloved Grandpa John has taught him in order to avoid a disastrous season. Parker has to do more than find a lot of gold this season, he has to figure out how to become a leader of men.

Tony Beets, aka “The Viking,” is a Klondike legend. As winter closed in at the end of last season, Tony was finally about to resurrect his million dollar, 75-year-old gold mining dredge. But this year, he has to get the machine, which hasn’t run in 30 years, to actually produce gold. Tony desperately needs the dredge to start paying for itself but more than anything, he wants to shut up the naysayers that think he’s crazy to gold mine the old fashioned way. This season it’s all hands on deck as dredging for Klondike gold becomes a family affair. Can the Beets, the first family of Yukon gold mining, revive an ancient way of pulling gold out of the ground or will the massive undertaking turn into a giant money pit? Tony’s out to prove that the old timers had it right…that dredging is the future of gold mining in the Klondike.

Also returning is the GOLD RUSH pre-show “The Dirt,” a series of one-hour shows, airing at 8 PM ET/PT, where the miners give the inside scoop on all things GOLD RUSH and where fans can get access to behind-the-scenes, cutting room floor material that never makes it into the show.