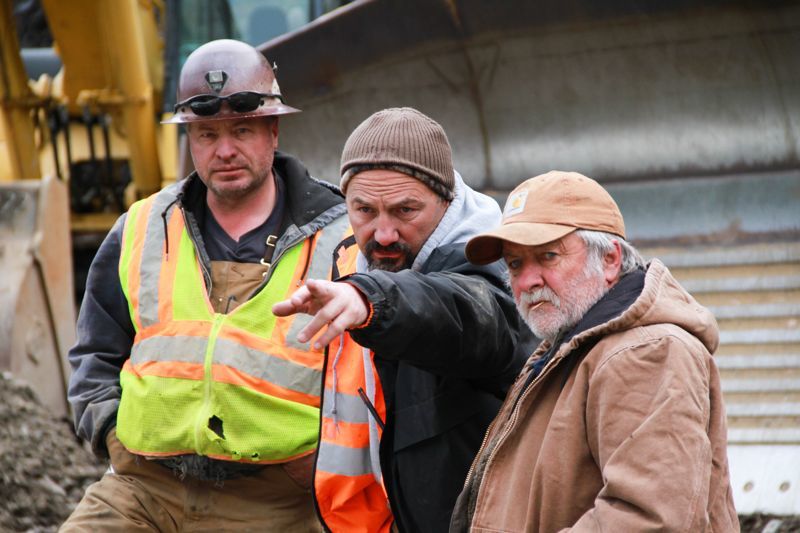 8PM ET/PT – THE DIRT
Series host Christo Doyle sits with Parker to discuss his latest challenges of permafrost, and his formidable landlord, Tony Beets. Freddy Dodge joins on set to catch up on Carmacks, and Gold Rush Series Producer Ronan Browne stops by to give the inside dirt on the season.

9PM ET/PT – GOLD RUSH
Parker diverts a creek to mine a pile of gold in the riverbed. Tony’s crew has a meltdown while trying to fit the tailings conveyor and Jack faces accusations of sabotaging the washplant.

Discovery’s ambitious gold miners are back at it again and the stakes have never been higher. Who’s in and who’s out? This season, everything has changed – new miners, new claims, new machines and new ways to pull gold out of the ground. But will big risks lead to an even bigger pay out? Discovery’s #1-rated show GOLD RUSH returns for its fifth season on Friday, October 17 at 9 PM ET/PT, with the pre-show The Dirt, hosted by series executive producer Christo Doyle, at 8 PM ET/PT.

Returning this season is 20-year-old Parker Schnabel who proved himself in only his rookie season mining the Klondike – raking in over 1,000 ounces of gold worth 1.4 million dollars. Parker is taking off his “training wheels” this year, setting an unprecedented goal of 2,000 ounces worth more than $2.5 million dollars – double his take from last season. Parker re-invests every last cent in a mad scramble to get to good gold, asks more of his crew than ever before and manages to steal one of rival gold miner Todd Hoffman’s top mechanics. If Parker can hit his lofty goal, he could be on his way to becoming a Klondike legend. If not, it will become clear that his first season was simply a stroke of good luck.

Last season, Todd Hoffman rolled the dice and fell flat on his face. He hit rock bottom after braving the jungles of Guyana, South America, in an attempt to make a fortune along with his father Jack, Dave Turin, Jim Thurber and the rest of the Hoffman crew. This year, Todd is back at square one. His right hand man, Dave, has had enough, deserting Todd to mine with legends Freddie and Derek Dodge. Not only has Todd lost his land, most of his money, his crew, but worst of all, he has lost his dignity. His dream of mining in the jungle nearly destroyed him, but will he be able to rise from the ashes and turn things around? Or will this be the season that Todd throws in the towel once and for all? One thing is for certain — Todd will not go down without a fight.

Meanwhile, Tony Beets and his crew dive in full-time to take on the unthinkable. Tony, known throughout the Klondike as “The Viking,” buys a million dollar, 75-year-old floating gold dredge. But to resurrect the gold catching monster, he needs to take it apart piece by piece. The 210-foot dredge hasn’t been used in over 30 years and is a risky proposition. Can The Viking resurrect the machine capable of pulling millions out of the ground or will he be left with a 1,000 metal pieces of junk?

Also returning is the GOLD RUSH pre-show The Dirt, a series of one-hour shows, beginning 8 PM ET/PT on Friday, October 17. Series Executive Producer Christo Doyle sits down with the miners to get the inside scoop on all things GOLD RUSH. Fans are given the unique opportunity to interact with the miners and get access to behind-the-scenes, cutting room floor material that never makes it into the show.