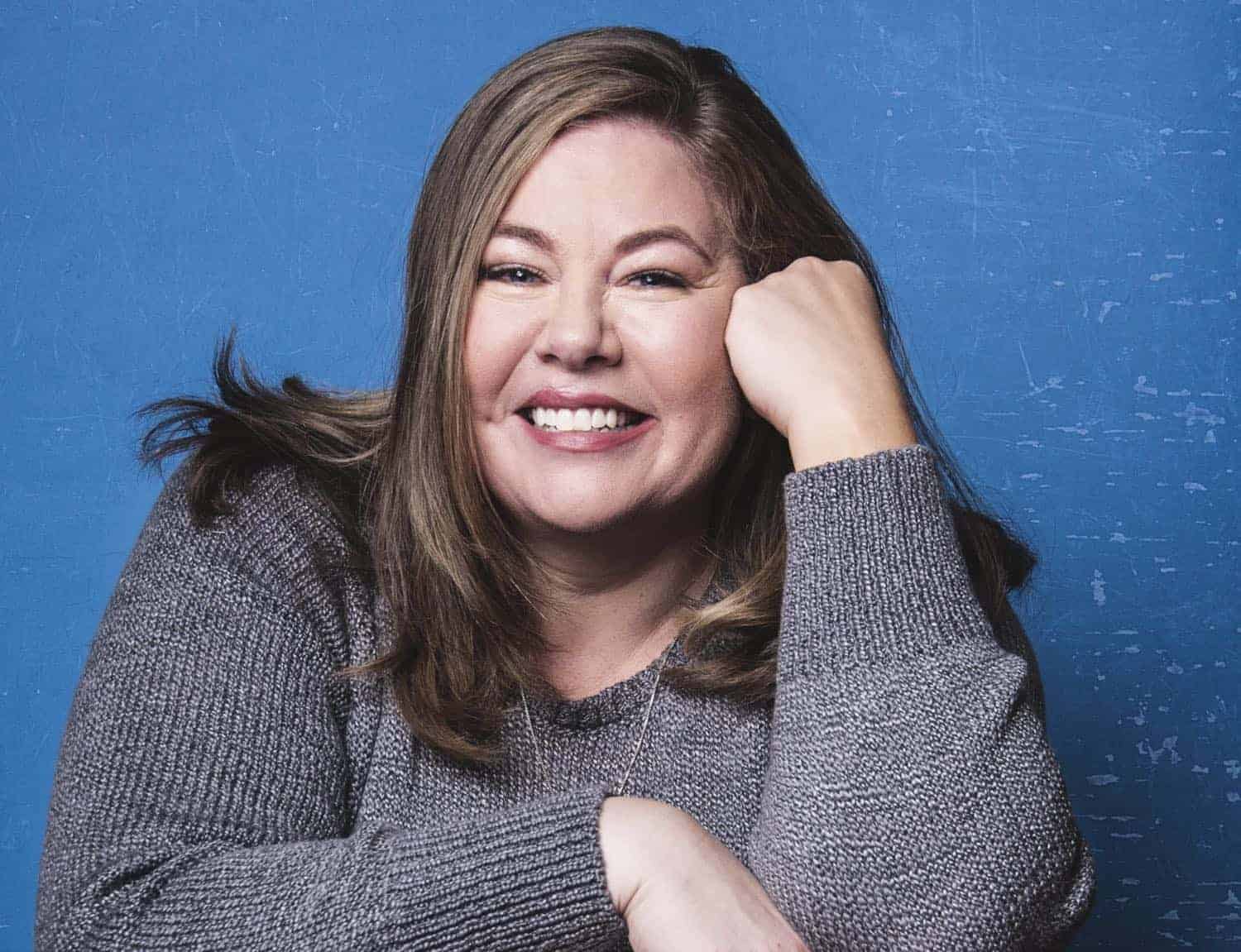 With a wink in her eye and sauciness in her soul, Lisa Linke created the online series DOG MOMS as a way of inviting those with a similar sense of humor to share in her love of dogs — especially dogs who endure so much for the humans they are paired with in life. Lisa’s enthusiastic approach to creating her art and the tenaciousness in which she pursues her life and career is inspiring. She loves, she creates and she is clearly having a great time in the process. In an exclusive interview, Lisa talks about the inspiration and genesis of DOG MOMS and reflects a bit on the journey, so far, in her constantly evolving career.

What was the initial appeal for you about creating DOG MOMS and the role of Waggy Lee for Amazon Prime?
LISA: I was a resentful fan of DANCE MOMS and thought that it was truly awful reality television. In order to punish myself, I made satire out of it!

How would you describe who your character is in the show?
LISA: Waggy Lee Miller is the top dog dance trainer in the world. People seek her out to train their dogs to dance, competitively. She’s also vulgar, narcissistic, emotionally abusive, aggressive, and an instigator. She truly doesn’t care about anyone, but herself. But dang if she doesn’t make dogs dance in costumes better than anyone!

What do you most admire about her?
LISA: Oh, wow… nothing? I love portraying her! It’s fun to play someone who is awful. It’s liberating in a way because the more awful you are, the better the character is. I guess if I had to admire something about her, it would be her genuine belief that she is always 100% correct.

What is it like working alongside such a crazy ensemble on DOG MOMS?
LISA: Well, all of those people are my friends and they are all improvisers. I knew most of them from Chicago and met just two in Los Angeles, so it was a total blast. We had a wonderful time playing around on set — and a few of the dogs were our own. We had a fun time hanging out, being funny and dressing up dogs. It was awesome! However, having six dogs on set one day was a lot, I will say.

How would you describe the dynamic between your character and the other dog moms?
LISA: Waggy Lee runs the show. She is the one with all the power and control and all the other moms are essentially begging her to help their dogs. We parodied the show as best we could and so you can see the resemblance of the characters not only in look but also in mannerisms. True fans of DANCE MOMS will love it!

What do you think you have learned from working on this series?
LISA: I love producing my own content, so it was a familiar space, but having a large set with dogs was a new one for me. This was also 100% improvised, so having a Director who came in with a clear vision was crucial. Hiring the right crew to get what we needed was also an essential.

Has there been anything that has really thrilled you working on DOG MOMS?
LISA: Of course! I love dogs — my dog is in the series, so that was awesome. The biggest thrill was when an original cast member of DANCE MOMS found it and contacted me saying that she loved it — that was a big thrill!

What challenges have you had to work with that the show still managed to pull off?
LISA: Shooting in Los Angeles is always complicated — there’s construction and you’re always running behind schedule, so then adding dogs to the mix really does not make it easy. We worked a miracle in two days’ time and I’m not joking. We had an absolute blast doing it too, so that was really a blessing.

Then what has surprised you about working on the show so far?
LISA: People’s response to it is really lovely. Some huge fans of DANCE MOMS get it right away and some are confused if it is a real show — which makes me the most happy — because then I know we did a good job.

You also guest star on the current ABC series FOR THE PEOPLE. What did you appreciate about that guest opportunity?
LISA: Working on a Shondaland show is always a thrill! Funny story — I shot both GREY’S ANATOMY and FOR THE PEOPLE during the same week! That was crazy and a jumble, but also really fun. I love both shows and it’s a kick to get to be on sets that you recognize. I was walking around Grey-Sloane Memorial Hospital!

With a steady career of guest appearances, has there been one that stood out for any reason, like you learned something significant as a performer?
LISA: I try to learn something from each set I go to — even if it is just how each set works differently than others. Every day of work is a great opportunity to learn and add to my craft — let alone get the chance to actually work!

At this stage of your career, what do you think you have learned from the roles and projects you have worked on?
LISA: So much! I’m noticing that I have a lot more tacit understanding of what’s going to happen on set and how things will be done and so I’m more at ease wherever I go.

What has surprised you most about your career so far?
LISA: Every time I book a job, I’m pleasantly surprised. I get to work!

Then what are the perks of where you are in your career right now?
LISA: Well, being an actor means being unemployed for most of your career, so I view booking work as a perk. I like working on my craft and getting better at my job, which is being an actor. Booking work is out of my control, so that’s wonderful when I can make it happen.

What has been your proudest achievement as a working actor at this point in your career?
LISA: My first Guest Star was a pretty big moment for me. I was really thrilled to book it and work that week.

Has there been any great advice you have gotten about working as an actor?
LISA: Tons! I feel like “just staying in your own lane” is really good.

What advice would you offer to other upcoming and aspiring actors?
LISA: Work on your craft. It’s the only thing you really have control over!

At a time when women’s voices are rising to be heard and respected around the country and world, what do you recommend your fans do to lend support in that endeavor?
LISA: Look for stories about women that are independent of men. Those are cool stories to write, read, watch and act in.

Do you have any other upcoming projects that you can share that fans should keep an eye out for?
LISA: Yep! You can catch me weekly on Instagram Live for my improv show, #SuggestionSundayShow — you can give me suggestions in the comment section and I’ll create characters on the spot for you! You can find me at @itslinke. Also I co-host a podcast called Go Help Yourself — we review self-help books through a comedic lens and have a great time.