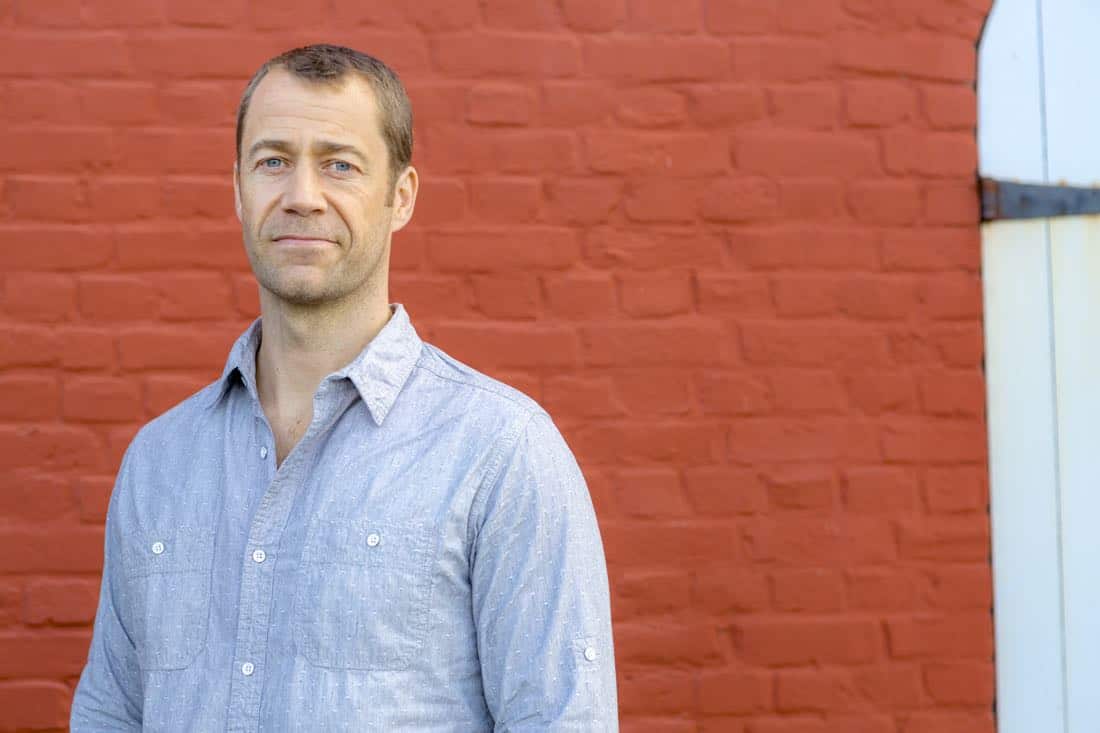 Whipping up another riveting concoction of thrilling mysteries, Hallmark Movies & Mysteries introduced fans to the world of Kate Carlisle’s FIXER UPPER MYSTERY series last year with the premieres of “Framed For Murder: A Fixer Upper Mystery” and “Concrete Evidence: A Fixer Upper Mystery.” In the latest installment, “Deadly Deed: A Fixer Upper Mystery,” Shannon Hughes (Jewel) and Mac Sullivan (Colin Ferguson) return as yet another murder lands at their figurative doorstep. The team-up of a professional home renovator and a writer makes for a dream-team who can use their amateur sleuthing skills to catch a murderert before or she can strike again. While attending the Television Critics Association Winter 2018 tour, we had the chance to chat with star Colin Ferguson about his new FIXER UPPER MYSTERY film making its debut on Hallmark Movies & Mysteries. In an exclusive interview, Colin previewed what is coming in the third FIXER UPPER MYSTERY debuting this month.

What can you share about the third installment of the Fixer Upper Mystery series?
COLIN: Well, there’s a murder and then we solve it, and we get to see some of my extended family. My character’s niece comes to town and she plays into the whole mystery of it. And you also get to know more of the characters in the town. It becomes more of a complete world. Like I think we did on the second film, where we were back in time to a murder from when they were in high school, now we’re meeting another group in the town. It’s neat and just keeps growing. As you sort of go, “I wonder if that person’s doing this and that person’s doing this?” Everybody keeps coming back for us. So that’s cool.

What about your character’s niece? Is she a rebellious teen or does your character act as a mentor for her?
COLIN: She’s a good girl. She’s really nice and just really smart. She helps because her friend’s someone who is involved in the case.

How is it working with Jewel for your third film together? Your on-screen chemistry with her is sizzling!
COLIN: She’s amazing. She’s a powerhouse. There’s nothing she can’t do. And the chemistry just keeps building. But it’s great. [Jewel’s] low-maintenance. She shows up, we go to work, we go home. It’s really easy and I guess that’s good. We enjoyed the ones before because we shot in summer. And now both of us are like, “Yeah, this is better. We’re just out freezing on the water in only a coat. Yeah, yeah, this is WAY BETTER.” [Laughs]

Where do you guys film?
COLIN: Victoria. What’s amazing about it is every set is five minutes from the hotel.

What have you appreciated about this third film?
COLIN: I gotta tell you, it looks a lot better than the first two. The other two looked great. But I saw it and I was like, “This somehow looks a lot better.” I don’t know what they’ve done. Maybe color correction. Everybody’s figuring it out in every department. But it is beautiful.

Are you guys filming really fast, like within a week or two?
COLIN: Three weeks. It is fast, but they’re long days. It’s filmed 14 hours a day. It’s not for the faint of heart, that’s for sure.

How does it feel to be starring in an installment series for Hallmark Movies & Mysteries?
COLIN: It feels good. They just keep making them, and we keep doing them, and it just keeps going. Everybody loves to keep doing it. We become more friendly with each other. Like we have become more of a family with each other. Not just Jewel and I. We obviously see a ton of each other, but all the other characters like Jason [Cermak], who plays Tommy the policeman. We all hang out now and, whenever someone comes back, it’s like, “Good to see you!”

Did you pick up any home improvement tips while you were doing all this?
COLIN: Well, the funny thing is, I do all the home renovation in my house. So, pick up tips. No. [Laughs] I’m the one dispensing tips. There was something I first read in our first script, and when they asked, “How’d you like the script?” I was like, “Yeah, that thing you have on the end …” I think they had her sawing a post or something, and I was like, “Uh, that won’t work.” They probably would’ve figured that anyway.

Is it stressful working on a set with that many real power tools in the scenes?
COLIN: [Laughs] No. They actually don’t really let us do stuff like that, which is too bad. But because it’s on TV, obviously, people are having to wear hard hats for renovating a home.

You wouldn’t do that at home?
COLIN: Have you ever seen that? Like, never? And the safety glass? Forget about it.

If you wanted to give home renovating tips to the fans, what would you say?
COLIN: YouTube. The tip is, “Whatever you’re doing, whatever you’re going to do, type it into YouTube and watch a couple videos.” It’ll change the experience. You’ll go, “Oh okay.” It’s like watching your dad do something and then you try it right afterwards. It’s way easier. It takes all of the fear out of it, where you can do it. Take time for YouTube.

What else would you just like to tell the fans who are looking forward to the next installment?
COLIN: Hang in there. It’s great. I remember when Jewel was doing her ADR and I was doing mine. We were texting back and forth. And we were going, “This is better than the other two, right?” She’s like, “I think it is!” We’re excited for this one, so I hope everyone else is too.

To see Colin and Jewel bring their dynamic crime-solving team back for another deadly murder mystery, be sure to tune in for the premiere of “Deadly Deed: A Fixer Upper Mystery” on Sunday, March 11th at 9:00 p.m. on Hallmark Movies & Mysteries. For fun clips and information about the show, you can follow Hallmark Movies & Mysteries on Twitter @HallmarkMovie and to follow what Colin is up to as his career grows, be sure to follow him on Twitter @ColinFerg. Click to learn more about the films: http://www.hallmarkmoviesandmysteries.com/fixer-upper-mystery-movies/about-the-fixer-upper-mystery-movies

To read more about Colin in the FIXER UPPER MYSTERY series, you can check out our previous interview with him for “Framed For Murder: A Fixer Upper Mystery”: https://seat42f.com/fixer-upper-mystery-framed-for-murder-scoop-interview-with-colin-ferguson.html