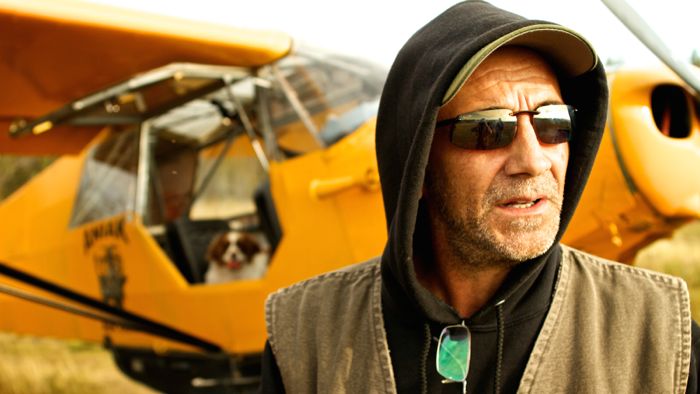 Grizzly Goner (Airing tonight – 5/28 – at 10pm, 9c on National Geographic Channel)
In tonight’s episode of Dead End Express – “Grizzly Goner” – Alaskan bush pilot Rob Kinkade responds to a rescue call from his friend Ricky, who is stranded along the Aniak River, and in the Montana backwoods, veteran packers Andy and Chuck face down a beating wind to make a delivery to their “off-gridder” client – only to discover a campsite that’s been raided by bears.

Dead End Express
Dead End Express – produced by Original Media – follows five rugged adventurers, from various “off-the-grid” locations in America, as they live and breathe the high-stakes life of hauling critical cargo into treacherous tracts of wilderness. From the dense woodlands of Montana’s Flathead National Forest, to the frozen wastelands of Alaska’s high tundra, these fearless American adventurers deliver supplies – via packhorse, dogsled, powerboat or bush plane – to the areas no one else can or will.