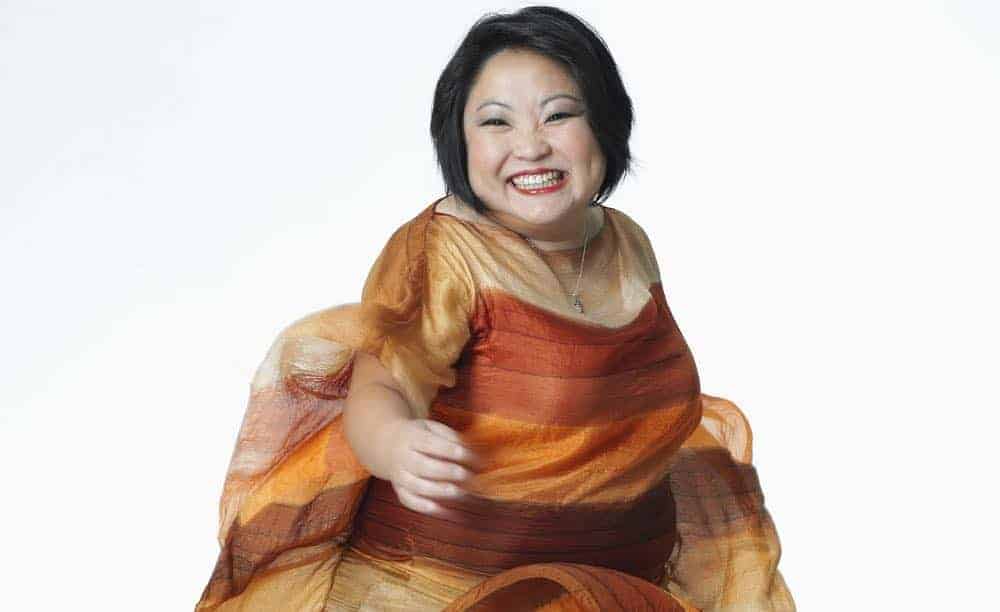 Embracing all that life and her career has afforded her, Selena Tan is tenacious in pursuing both. Happy to be a part of “Crazy Rich Asians,” Selena is quick to share why this particular film was a joy to work on and the appeal with working with performers that she both admires and could learn from. With a strong career in theater, it is wonderful to see Selena getting a chance to shine on screen as well. In an exclusive interview, Selena talks about the fun she had working on “Crazy Rich Asians” and about a few key lessons she has learned during her performing career.

What was the initial appeal for you about portraying Alix Young and working on “Crazy Rich Asians”?
SELENA: The appeal was “I know these people”. In Singapore, there are only one or two elite schools with children whose parents are with this kind of money. It was very obvious what kind of “rich” we were talking about in the book, so I was certain that I could bring out the inner “Alix Young” in me for the movie just based on my observations. What’s more, my baptism name is Alexandra which is the character name for Alix Young!

How would you describe who Alix is in the film?
SELENA: In the film, she is a lot more friendly and glamorous than the book would have her. She is, after all, already taken care of, in terms of wealth on her husband’s side, and she is a property mogul herself. Therefore, any pushing of her sons to be in Ah Ma’s favor is really as a matter of course. They are the grandsons, but she understands that she is the girl who has been married “out”, so she does not expect too much. She is not worried as she is a savvy property mogul who has lots under her sleeves. So, she can be more relaxed about Nick, Rachel and Eleanor.

What do you most admire about her?
SELENA: Precisely that she is capable of looking after herself and her family. She may seem like she is friendly and a bit of a ditz, but she knows how things are done and exactly what to do.

What is it like working alongside Michelle Yeoh, Lisa Lu, Janice Koh, Constance Wu and Henry Golding on “Crazy Rich Asians”?
SELENA: A dream come true to work with such experienced screen actors as Lisa and Michelle. I just found myself locked into observing their craft — how they are able to be so firm yet gentle, strong and real for the camera. It was really a masterclass. Constance as well — how she found her moments and how that translated onscreen, was a major lesson in acting for me.

It was so wonderful to see Henry Golding come in with this energy that was bouncing and sincere. That really made the movie for me. To have my fellow Singaporean actors like Janice, Amy, Fiona, Constance Lau and Victoria Loke and also my sons, played by Ronny Chieng and Remy Hii all on set…that was just the best feeling ever. It felt like we were on top of the world going on a magical carpet ride.

How would you describe the dynamic between Alix and the rest of her family?
SELENA: I think because Alix has been living in Hong Kong and really has a life of her own with her own wealth and worth, she is much more stable and not so prone to family squabbles and gossip. If there is gossip, it is purely for fun. And she indulges in that fun.

Any favorite scenes that you can share from working on the film?
SELENA: I love the scene where the family is making the dumplings. It’s so ‘regal’. It feels like DOWNTON ABBEY Singapore style.

What challenges did you face working on the film and how did you overcome them?
SELENA: I had not been doing TV or film for a long time. My main work is on the stage or cabaret as part of the Dim Sum Dollies®. We are a satirical comedic trio in Singapore and everything is very current and on the go. So, the waiting in between scenes or shots was what I had to readjust to. It makes me go slightly crazy when I have too much time on my hands.

 Has “Crazy Rich Asians” left an impression on you in your life? If so, in what way?
SELENA: It has shown me that a story told in Singapore truly can have international appeal. Of course, in theory, we knew that was the case. If you have a universal story, it would have worldwide appeal, but to actually see it come alive, that is another thing altogether.

Then as an actor, what has been the one thing you haven taken away from the experience of working on “Crazy Rich Asians”?
SELENA: That we are so blessed in Singapore and that we are able to tell our stories. This is just one tiny glimpse into Singapore. We are so much more than this and we can and will continue to tell our stories.

I am also excited that I was able to wear a couture creation by a Singaporean fashion designer, Frederick Lee, at the premiere. Frederick is close friend of mine, who is also the designer for all our Dim Sum Dollies® costumes!

What has surprised you most about your career so far?
SELENA: There are curve balls all the time. Just when I thought I had stopped acting for film, along comes something like “Crazy Rich Asians.” (Latest online article on Selena Tan: https://www.theonlinecitizen.com/2018/07/25/building-singapores-live-arts-scene-one-satirical-comedy-at-a-time/ )

At this stage of your career, what do you think you have learned from the roles and projects you have worked on?
SELENA: I have learned that sharing a part of myself is necessary for any role. Finding the truth that links me to the character or to the project, that is important.

Then what are the perks of where you are in your career right now?
SELENA: I guess it is the ability to carve out my own timetable. My husband and I have a young son, so this flexibility is so important to us to be able to spend time with him.

What has been your proudest achievement as a working actor at this point in your career?
SELENA: I would have to say it’s creating the Dim Sum Dollies®, a satirical comedy cabaret empowering women everywhere! In a little country like ours where consensus is so sought after, and laws are so rigid, the Dim Sum Dollies®, have managed to give a voice to many issues that Singaporeans face which may have been taboo to talk about in the public sphere.

Somehow, through satirical comedy, we give some kind of catharsis to those who seek it and allow people the space to think and feel about things that are happening around them which touch their lives.

Has there been any great advice you have gotten about working as an actor?
SELENA: Yes. When I was a young actor and I was getting frustrated because I thought I was not getting the correct response from a fellow actor, a director once told me to let it go. I am not supposed to control or expect another actor’s response but just to react to it. Just say the line as it is written and take the reactions as they come.

What advice would you offer to other upcoming and aspiring actors?
SELENA: Put yourself out there. Be where the conversations are and develop very thick skin.

At a time when women’s voices are rising to be heard and respected around the country and world, what do you recommend your fans do to lend support in that endeavor?
SELENA: Talk. Go tell stories and get others to tell stories with you. About being a woman or just being you.

From your view point, what lessons can be learned from the “MeToo” era?
SELENA: If something upsets you, find a friend and tell them straightaway.

Do you have any other upcoming projects that you can share that fans should keep an eye out for?
SELENA: I run a production company in Singapore called Dream Academy and our next projects include a rerun of a racially inspired comedy show called Meenah & Cheenah and I am also working on a new Dim Sum Dollies® show entitled FULL STEAM AHEAD.

“Crazy Rich Asians” was just released and is currently in theaters. It is a film that has been critically-lauded and appreciated by early viewers. See for yourself and discover the fun that the entire cast had bringing this film to life on screen. For those interested in following Selena in all her career and life endeavors, be sure to follow her on Instagram: https://www.instagram.com/bigdimsumdolly/?hl=en