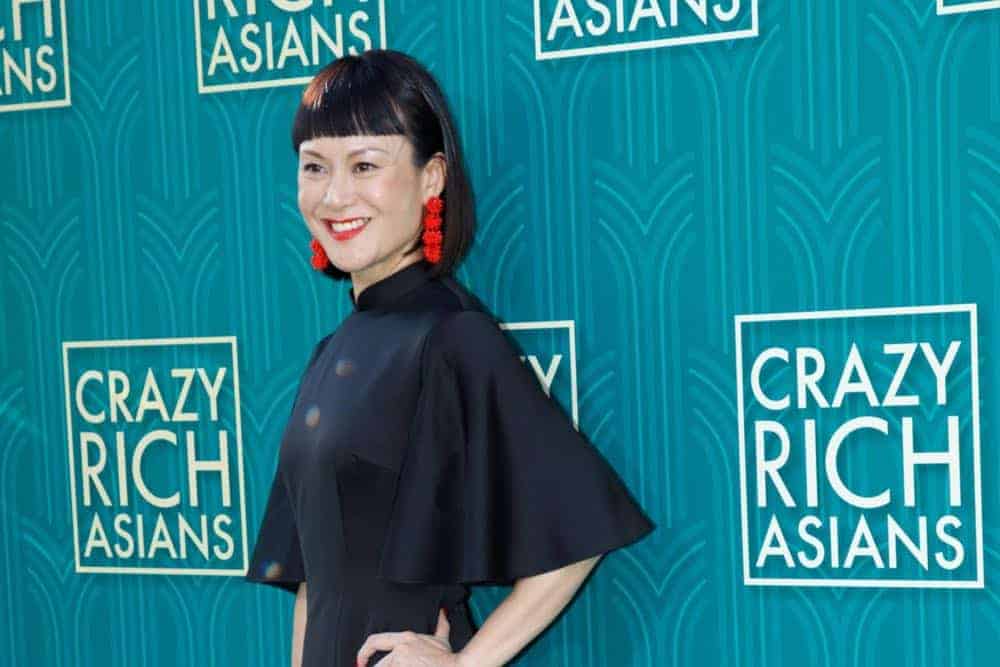 Life can be unpredictable when in pursuing our dreams, but for Janice Koh, that pursuit has been worthwhile and fulfilling. It has provided her with incredible opportunities and it is to her credit that her passion has afforded her the chance to shine as an artist on-and-off screen, and as a politician to help advance causes that she believes in. In addition, her long theatrical history has been rich in roles that helped her craft her skills and display the innate love of life that she holds in her heart and soul. In an exclusive interview, Janice talks about her most recent own screen role in the film “Crazy Rich Asians” and reflects a bit on lessons she has learned as a life-long working performer.

What was the initial appeal for you about portraying Felicity Young and working on “Crazy Rich Asians”?
JANICE: That Hollywood wanted to make a movie based on a best-selling book about a family in Singapore with an all-Asian cast felt like a once-in-a-lifetime opportunity. As someone who grew up in Singapore, I would have been happy to play any character honestly!

How would you describe who Felicity is in the film?
JANICE: Felicity is the eldest daughter of Sir James Young and Shang Su Yi, and mother to Astrid Leong. She is a hard-nosed and assertive woman, with her head firmly on her shoulders. Despite being married to one of the world’s richest men, she is thrifty and practical with money. She would rather walk four blocks in the rain than take a taxi.

What do you most admire about her?
JANICE: Felicity is a confident woman, who is not easily bullied, especially not by insolent, racist hotel managers. She does not take kindly to spoilt, pampered kids, and often disapproves of her notoriously bratty nephews.

How would you describe the dynamic between Felicity and the rest of her family?
JANICE: In the movie, Felicity is close to her sister Alixandra (played by Selena Tan) and her sister-in-law, Eleanor (played by Michelle Yeoh). Together, they are the formidable “aunties”, whom Rachel has to win over before gaining acceptance into Nick’s family.

What is it like working alongside Michelle Yeoh and Henry Golding on “Crazy Rich Asians”?
JANICE: It was a real thrill to work with Michelle Yeoh, whom I have admired since “Crouching Tiger, Hidden Dragon.” I was also awfully proud to be working with fellow actors from Singapore, including Henry Golding. The energy on set was always comfortable and fun. This was due in part to director John Chu’s calm nature, but also because of the strong camaraderie among the cast.

Any favorite scenes that you can share from working on the film?
JANICE: I enjoyed shooting the scene where the Young family gathers around the dinner table to make dumplings. The sense of togetherness and the easy rapartee readily captures the importance of tradition, food and eating together in Asian families.

What challenges did you face working on the film and how did you overcome them?
JANICE: Many of my lines in the film are in Cantonese, a Chinese dialect which I don’t speak. I had to rely on a dialect coach and the help of kind friends to translate them for me. I literally said those lines everywhere I went. In the car, in the shower, before bed. I think I drove my husband and kids mad.

Has “Crazy Rich Asians” left an impression on you in your life? If so, in what way?
JANICE: Making “Crazy Rich Asians: reinforced what I already knew to be true – that we have wonderful, amazing Asian talent all over the world. I was really fortunate to have had the opportunity to meet and work with so many of them in one film.

Then as an actor, what has been the one thing you haven taken away from the experience of working on “Crazy Rich Asians”?
JANICE: The film has a large ensemble cast, and many ‘group’ scenes. For an actor, it is tempting and natural to want to make choices that allow you to stand out in the crowd. It was an exercise in discipline and humility to know my place in the story, and to remind myself that every character actor, in their own little sphere, is the lead.

What has surprised you most about your career so far?
JANICE: That I would become a politician! I was a Nominated Member of Parliament, or Congresswoman, for two and a half years, which was something totally unexpected for me. I suppose it was a lesson in not pigeon-holing or typecasting yourself, and that your passion can take you down surprising and rewarding paths, if you are open and adventurous.

At this stage of your career, what do you think you have learned from the roles and projects you have worked on?
JANICE: It took me many years to learn that performance is really about mind games, and that the more you want to achieve something or hit a point, the less likely you are to succeed. The best performances come from being relaxed. I’m still working on it.

Then what are the perks of where you are in your career right now?
JANICE: It’s nice to be recognized for your work, and to be respected for your craft and years of experience. But it does come with responsibility, and in Singapore, I have used my role as a public figure to advocate for causes that are close to my heart. These include speaking up for LGBTQ rights in Singapore.

What has been your proudest achievement as a working actor at this point in your career?
JANICE: Right now? Nothing beats being in the first Hollywood film in the last twenty-five years to feature an an all-Asian cast.

Has there been any great advice you have gotten about working as an actor?
JANICE: A famous quote by Konstantin Stanislavsky which was said to me by my first drama teacher when I was sixteen: “There are no small parts, only small actors.” Get over your ego, and just do the work well, no matter the size of the role.

What advice would you offer to other upcoming and aspiring actors?
JANICE: We work in a collaborative art-form, and every member of the team works hard to make you look good on stage or on screen. Treat the crew and everyone on set with respect and kindness.

“Crazy Rich Asians” premieres in theaters everywhere on Wednesday, August 15th. It is a film that has been critically-lauded and appreciated by early viewers. See for yourself and discover the fun that the entire cast had bringing this film to life on screen. For those interested in following Janice in all her career and life endeavors, you can follow her on Twitter @janicekoh